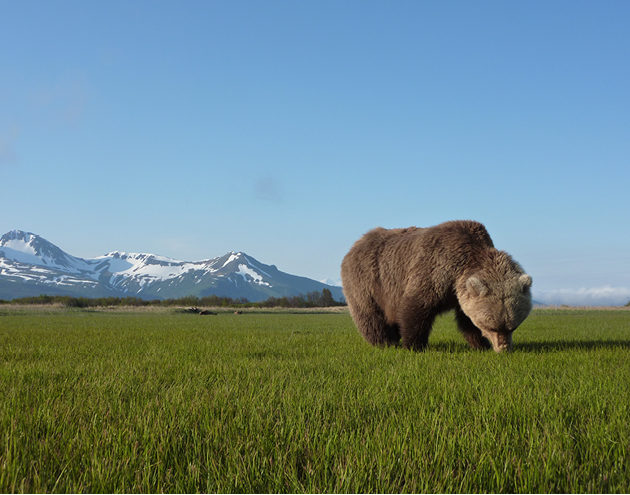 The Pacific Northwest is in a technology boom and is home to pioneering start-ups and major corporations. But before becoming an epicenter of engineers and entrepreneurs, the region was home to bears, wolves and other wild animals.

“We are equally in a time of crisis and opportunity. Animal populations are rapidly declining and disappearing, but new tools are offering solutions to this problem. The tech community has been the missing piece of the puzzle,” said Woodland Park Zoo CEO Alejandro Grajal. “The science of technology and the science of wildlife conservation are intersecting in ways that are innovative, scalable and just in time. Imagine how many species we could have saved from extinction had these technologies existed 20 years ago. Imagine how many we’ll save in the next 20.”

The human impact on the natural ecosystem has been significant and damaging, partially due to the increasing population. While the region’s tech boom is contributing to the expanding population, the same growth is providing essential tools to wildlife researchers to repair and restore the environment that still supports many of its original wild species.

“Our tools used to include binoculars, boots and a notepad. It was incredibly inefficient and we’ve been losing the battle to save wildlife for some time now,” said Woodland Park Zoo Vice President of Conservation Initiatives Peter Zahler. “The challenge has been studying species that are often rare, declining and widely dispersed in mountains, rainforests, and some of the most remote and difficult landscapes on earth – and then analyzing immense data sets to figure out what is really happening and how to fix it. A growing number of talented innovators are creating the groundbreaking new tools that have the potential to help us save some of the last of the wild and bring species back from the brink.”

In wild and secluded areas of the Pacific Northwest, Woodland Park Zoo is utilizing technological advancements to improve wildlife detection and conservation. Traditional remote, motion-sensor cameras are valuable in population trend assessments but require time-intensive manual sorting of all images. New remote cameras can capture thousands of images, record video for behavioral studies, and have the potential to send images directly to ‘the cloud’ for near-real-time analysis. Microsoft AI for Earth is providing the zoo with computing resources to develop machine learning algorithms that can quickly sort data sets and differentiate between useful animal imagery and false images, such as blowing leaves.

Much like developments in artificial intelligence, the field of DNA technology is rapidly revolutionizing wildlife conservation. New non-invasive techniques allow conservationists to collect DNA profiles from the environment, such as a paw print in the snow or a sample of pond water. For rare and elusive animals in the Pacific Northwest, such as wolverines or pond turtles, this breakthrough can help determine the presence of a species in less time with fewer costs and resources.

DNA technology is also being used to inform scientists in the Seattle region about the behaviors of wild carnivores coexisting near residential communities. DNA and diet information collected from feces of free-ranging animals can reveal where that animal forages, how much time it spends around humans, and provide insight into the health of the overall ecosystem.

These solutions and many others are being applied around the world to enhance international wildlife conservation practices. Cutting-edge satellite and GPS collars provide information on movement and behaviors in three dimensions, and Woodland Park Zoo is using these collars to study high-climbing tree kangaroos in the forests of Papua New Guinea. Microsoft Research and volunteers helped Woodland Park Zoo develop and refine a scent dispenser that attracts sensitive species to remote cameras range, transforming how wildlife is surveyed in isolated regions. Zoo conservation scientists studying wolverines previously recorded only three animal detections over two summers, but detected wolverines 13 times in one winter using the scent dispensers.

“Collecting data is critical to understanding and abating threats faced by wild species,” said ecologist, award-winning conservationist and TV host Chris Morgan. “Whether you’re out in the field tracking animal movements or designing a drone to map migration patterns, we can all play an essential role protecting and preserving these beautiful and irreplaceable creatures.”

With the support and contributions of partners like Union Bank and Valence, Woodland Park Zoo will honor Morgan’s work as a Wildlife Hero and celebrate the progress and possibilities in the Pacific Northwest at the February 27th Thrive fundraising event at Fremont Studios. To learn more about this event, visit www.zoo.org/thrive.

For information on attending Thrive or how to partner with Woodland Park Zoo on technologies to help study and save wildlife, contact Vice President of Development Sarah Valentine at Sarah.Valentine@Zoo.org or (206) 548-2624.