Existing and prospective homeowners attend “At the NEXUS of it All Event”; Celebrate the official topping off of an iconic tower

On April 11th, a series of events atop the Peak Lounge in the Kinects Apartment tower transformed this sky-high venue into an informative neighborhood showcase and a celebration for hundreds of current and prospective homeowners at NEXUS.  Presented by Seattle Magazine, the exhibition included The Downtown Seattle Association, LID I-5, NHL Seattle, Waterfront Seattle, the Washington State Convention Center expansion and NEXUS, which stands front and center in the fastest-growing neighborhood on the West Coast.

“Burrard Group hosted an extraordinary event that illuminated how the northern migration of downtown Seattle positions our homebuyers at the nexus of all,” said Matt VanDamm, Vice President of Realogics Sotheby’s International Realty (RSIR). “We certainly share in the excitement for this pivotal development.” 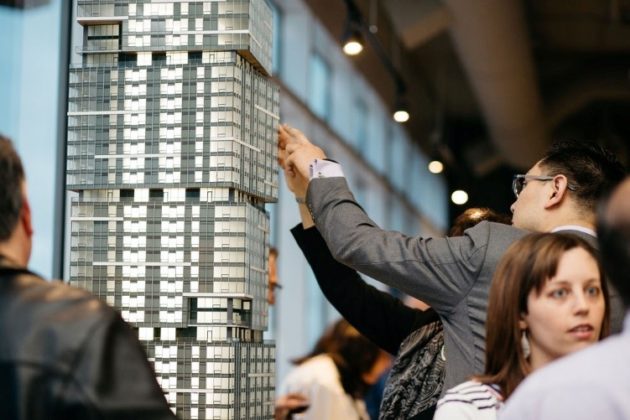 The events kicked off with a broker luncheon and open house followed by a GeekWire podcast presented by the FutureCast Forum on “High-Tech, High-Rise Living”. Moderator Brian Westbrook hosted panelists including urban living specialist Julie McAvoy of RSIR, development strategist Billy Mainguy of Burrard Group, home automation expert, Lee Travis of Wipliance and real estate economist Brian O’Connor of O’Connor Consulting Group. Among the key findings, downtown Seattle is entering a housing cycle of increased homeownership following a record number of apartments being built, largely fueled by a tech-driven economy. Consumers desire a progressive, in-city lifestyle that is optimized by home automation and a sense of community that is activated by exclusive to building apps and thoughtful amenities that encourage owners and friends to converge and connect. Meanwhile, NEXUS was notably referenced as the archetype of such next generation development and remarkably, it is the only residential opportunity offered for individual homeownership in the burgeoning neighborhood.

“We forecast strong job growth and housing demand to continue well into the next decade as Seattle’s tech hub resists any slowdown that may be experienced in the national economic cycle,” said O’Connor. “The challenge however, will be affordability. New developments like NEXUS are experiencing construction hard cost increases of 6-8% per year, which increases the price of supply ahead.”

O’Connor recently contributed to a story in the Puget Sound Business Journal suggesting that new condominium towers will be needed but the units must also command at least $1,200 per sq. ft. on average to pencil the development. Fortunately for NEXUS homeowners, presale pricing was locked in so they are insulated from the rising market conditions. 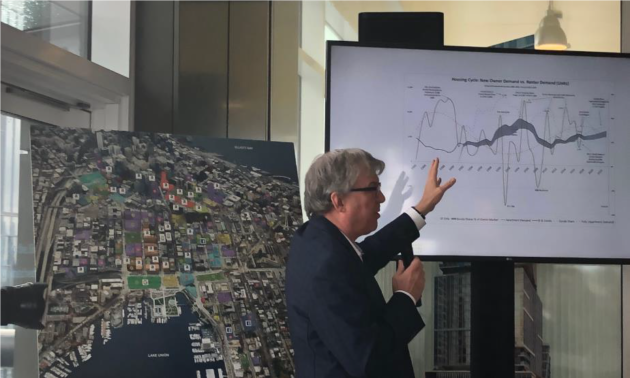 Attendees were delighted to discover more than $6 billion in capital investment taking shape in the Denny Triangle neighborhood including millions of square feet of commercial office space, hundreds of thousands of square feet of retail and residential services, nearly 2,000 new hotel rooms and the $1.7 billion expansion of the Washington State Convention Center (WSCC). Most didn’t realize that as part of the WSCC mitigation fund, the City of Seattle has officially commenced with a feasibility study to expand the existing lid of Freeway Park to reconnect neighborhoods divided by the I-5 for over 50 years.

“We are passionate about realizing the I-5 Lid for Seattle – this will be our legacy,” said Jim Castanes, a local architect and Steering Committee member behind the Lid I-5 movement. “A long list of influencers are committed to this vision and there is substantial momentum building to create a park-like environment just a block away from NEXUS.” 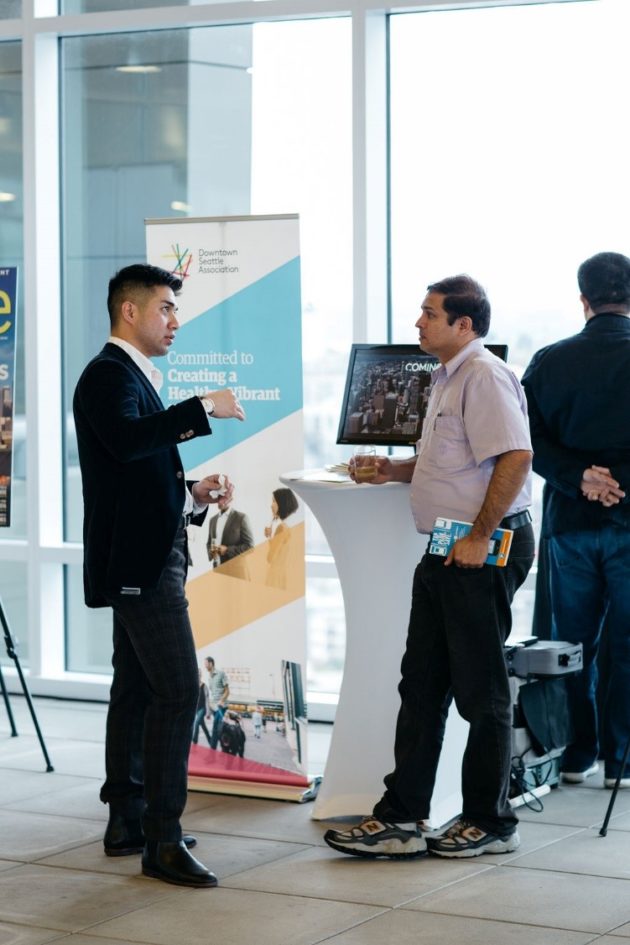 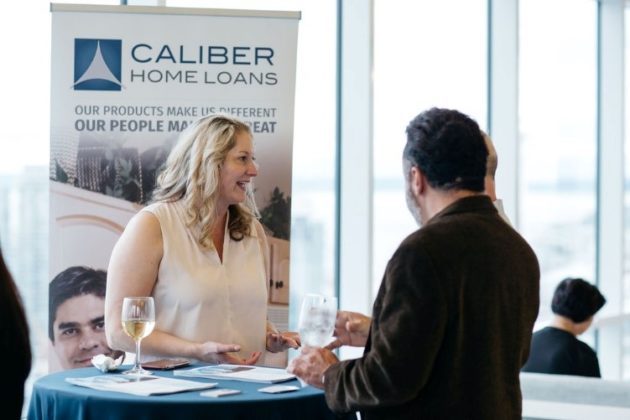 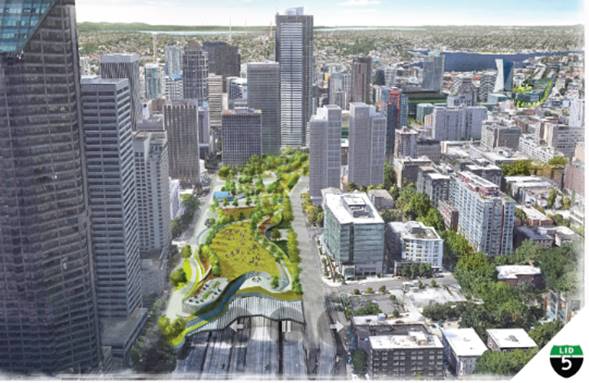 As the evening approached, NEXUS homeowners were welcomed by valet parking and greeted by members of the Burrard Community Care who gave them lapel pins as Burrard Group made $250 donations, on their behalf, to the Low Income Housing Institute (LIHI).

“It was a pleasure to meet so many of our NEXUS homeowners in person,” said Jessica Kameron, Program Manager for Burrard Group. “We’re looking forward to the homeowner orientation event this summer and to beginning the closing and resident move-in process.”

Burrard Group recently appointed Kameron to lead Burrard Community Care, a team dedicated to supporting and guiding every NEXUS Homeowner through the turnover process each step along the way.

Members of Caliber Home Loans, the preferred mortgage lender for NEXUS, were also available during the event to help homeowners begin their financing applications and take advantage of historically-low interest rates. 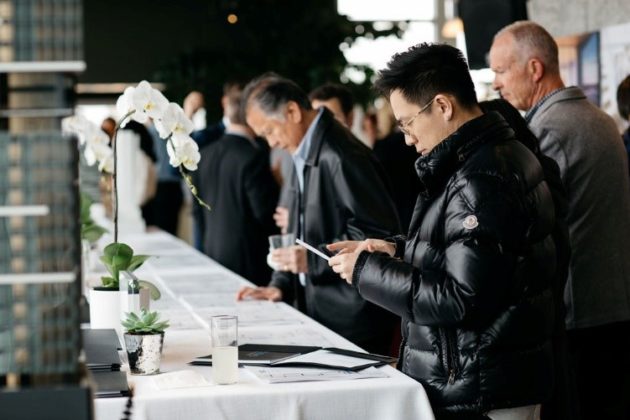 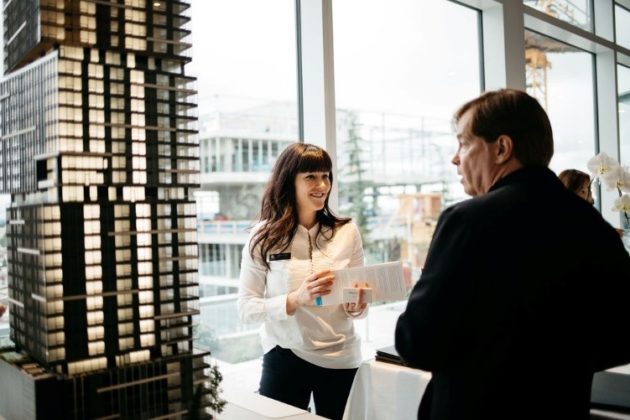 The highlight of the evening was a welcoming address by Billy Mainguy on behalf of Burrard Group. More than 100 homeowners raised a glass of champagne as he recounted the many development and construction milestones that culminated with the topping off ceremony. Watch Topping Off Video below.

“At Burrard, our philosophy goes well beyond the development of concrete, steel and glass,” shared Mainguy. “We are creating a spirit of place and a sense of community with all of you.” 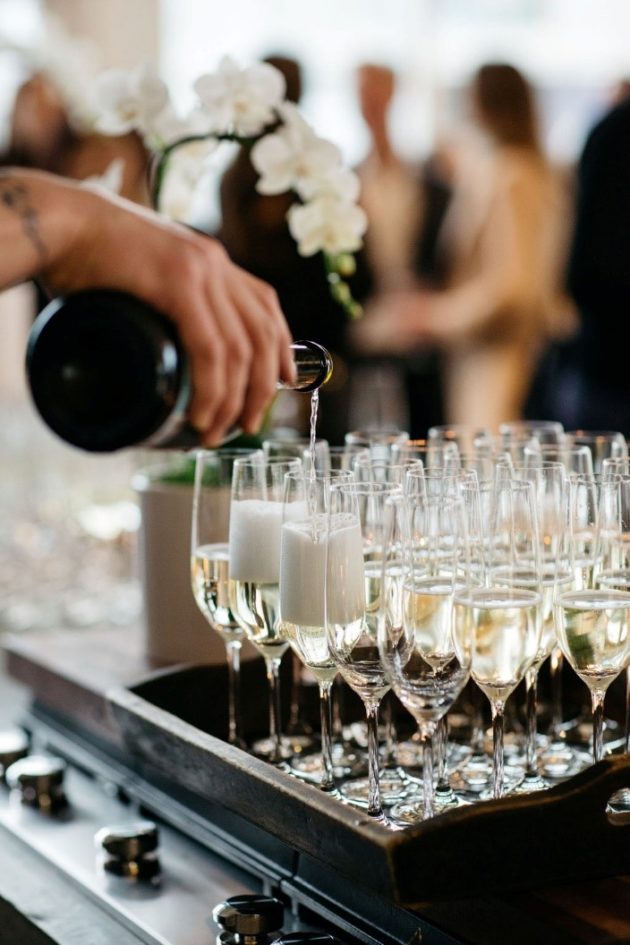 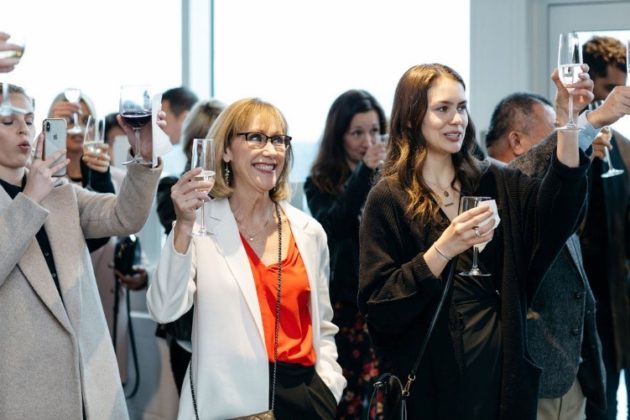 Throughout the evening NEXUS homeowners mixed and mingled and enjoyed artisanal hospitality by A Platinum Events and fine wines by DeLille Cellars. Prospective buyers also previewed a recent release of the remaining 28 one-, two- and three-bedroom homes offered from below $1 million to $2.7 million.

For more information on the events and NEXUS listings, visit: www.NEXUSseattle.com. 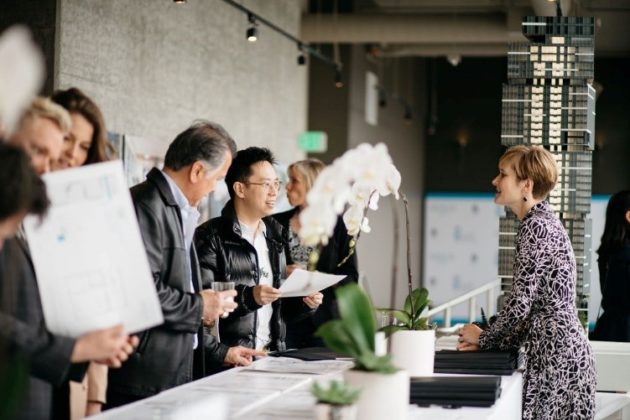 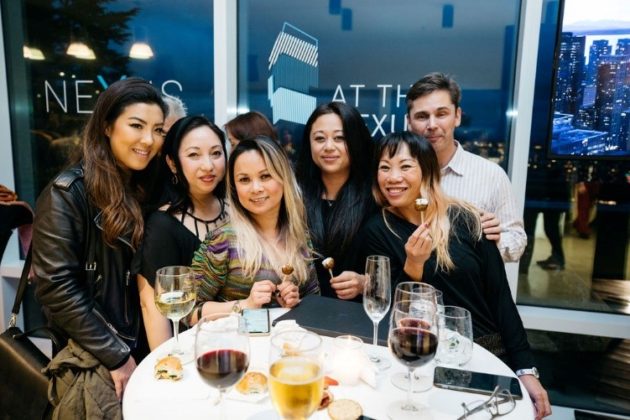 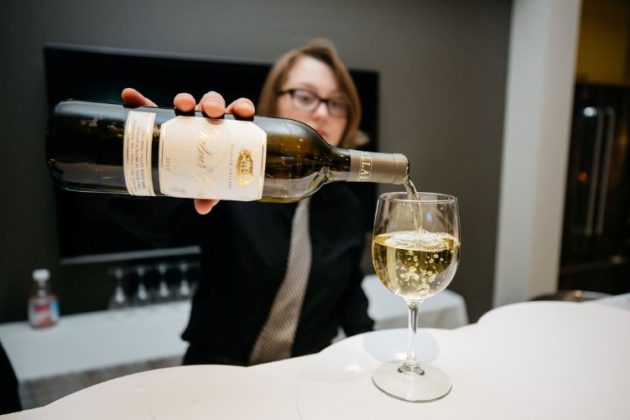 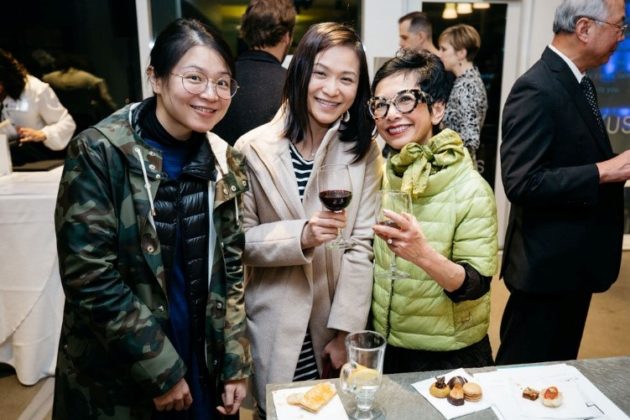 To see more images of NEXUS and the NEXUS OF IT ALL EVENT click here!