The Pacific Northwest’s status as an innovation hub is well-documented: It is at the center of the cloud computing revolution, a hotspot for artificial intelligence, and it will play a role in the future of driverless cars, mobile technology, video games and much more. 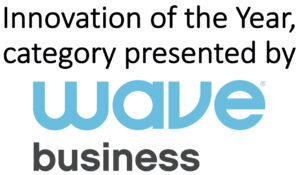 But the innovation in the region goes well beyond those big-picture topics, and at the GeekWire Awards we will highlight some of the coolest projects going on in our neck of the woods. This year’s finalists for Innovation of the Year run the gamut, from food tech, to test-taking AI, to a new form of air travel, to important scientific government research.

We’ve opened voting in 13 GeekWire Awards categories, and community votes will be factored in with feedback from more than 20 judges. On May 19 we will announce the winners live on stage at the GeekWire Awards — presented by Wave Business — in front of more than 800 geeks at the Museum of Pop Culture in Seattle.

Last year’s winner in the Innovation of the Year category was Textio, the startup behind an augmented writing platform that helps its customers maximize their words in job postings, recruiting messages and other areas.

Submit your vote below, grab your tickets, and scroll down for descriptions of each Innovation of the Year finalist. This category is presented by Wave Business.

Beanless Coffee: As the home of Starbucks, Seattle makes perfect sense as ground zero for innovation in the coffee world, a $429 billion market in the U.S. alone in 2019. Enter Atomo Coffee, which raised $2.6 million in seed funding last year to develop what it calls the world’s first “molecular coffee,” created without beans.

Driven by a desire to create a more sustainable product, Atomo founders Andy Kleitsch and Jarret Stopforth point to climate change and deforestation involved in coffee farming as the impetus for the startup. Atomo reverse engineered the bean, removed it from the process of making coffee and substituted it with a molecular concoction derived from naturally sustainable (and secret) ingredients.

AI gets an ‘A’ on an eight-grade test: The Allen Institute for Artificial Intelligence’s Aristo software in September scored better than 90 percent on a multiple-choice test geared for eighth graders, and better than 80 percent on a test for high school seniors. This breakthrough came four years after the late Seattle billionaire Paul Allen challenged researchers to come up with an artificial intelligence program smart enough to pass an eighth-grade science test.

The exercise illustrated how far AI has come just since 2016, when all of the programs competing in the $80,000 Allen AI Science Challenge flunked. Despite the breakthrough, Aristo still has some limitations, chiefly a lack of visual interpretation skills to answer questions that involve diagrams or pictures.

Eventually, the technology should push the boundaries of natural-language answers to questions that would tax the brains of adults and eighth-graders alike. That’s likely to lead to digital assistants that are smarter than the current iterations of Amazon’s Alexa, Microsoft’s Cortana and Apple’s Siri — as well as a whole new wave of AI applications and startups.

MagniX and Seattle-based AeroTEC are retrofitting a Cessna Caravan 208B airplane for electric propulsion at Moses Lake’s airport in Central Washington, with the aim of starting flight tests early this year. MagniX and AeroTec are also working with Israel-based Eviation on the development and testing of its Alice electric airplane, which will use three of MagniX’s 375-horsepower Magni250 electric motors as a propulsion option.

MagniX is privately held by Singapore-based Clermont Group, and moved its headquarters from Australia to Redmond in 2018 to take advantage of the Seattle area’s pool of aerospace talent.

Vegan chicken nuggets: The success of Impossible Foods and Beyond Meat brought plant-based meat into the mainstream. Seattle startup Rebellyous Foods aims to tackle one of the main problems facing the burgeoning industry: cost.

Rebellyous started selling its plant-based nuggets in February 2019 at a price that is comparable to frozen chicken nuggets. Within the next few years, as it moves to larger-scale production, the company expects its nuggets will become cheaper than meat versions.

Founded by ex-Boeing engineer Christie Lagally, the startup’s target customers are cafeterias where you’d typically find chicken nuggets, such as hospitals and schools. The company is focused on making vegan chicken alternatives because it is by far the most-consumed meat in the U.S., and prepared products account for about half of all chicken consumption.

Detecting malware, nuclear explosions and dangerous chemical compounds: Pacific Northwest National Laboratory, part of the U.S. Department of Energy’s broad network of government-funded research institutions across the country, continues to pile up honors for its research on national security and energy. The organization in October won three R&D 100 Awards — recognizing top innovations for 56 years — bringing its lifetime total to 111 victories.

PNNL received awards for projects that aim to advance detection of nuclear explosions and malware, and it built a device that can identify hints of narcotics and explosives in the air.

PNNL is based in Richland, Wash., and in June the organization brought in Joseph Williams, Gov. Jay Inslee’s ex-tech adviser, to run its Seattle office. Williams wants the Seattle office to be the first of the national labs to use an urban setting as a recruiting tool, and he hopes to make it a facility that rivals the city’s more high-profile research institutions.