Ongoing coverage of the novel coronavirus, and its impact on Seattle and the technology industry. See all special coverage.

Amazon is now asking all of its Seattle-area employees who can do their jobs from home to do so until the end of March amid an ongoing coronavirus outbreak in the region.

The Seattle-based tech giant sent an email to employees late Wednesday evening with the adjusted plan. The new work-from-home directive is based on guidance from King County health officials issued earlier Wednesday. Read the email, obtained by GeekWire, below: 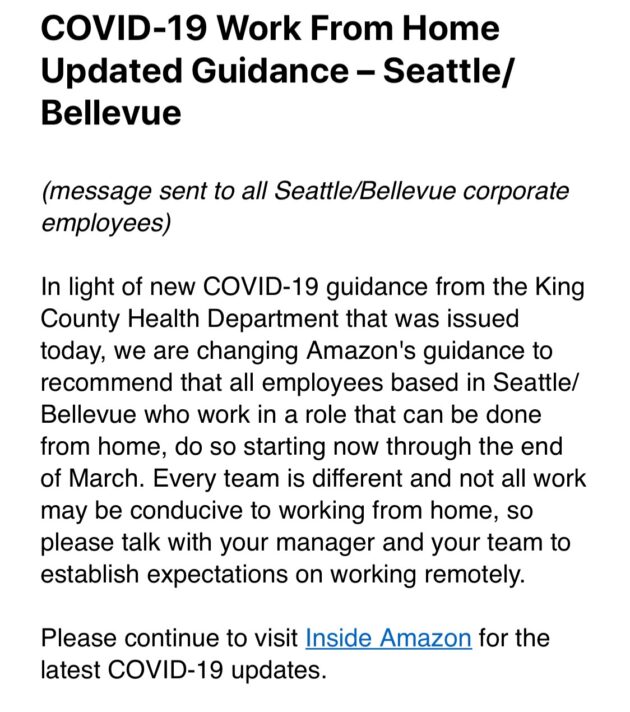 Amazon employs more than 50,000 people in the Seattle region, most of whom are clustered at its headquarters in South Lake Union near downtown. The company also has a growing presence in Bellevue.

Seattle has become a U.S. epicenter of the coronavirus. King County public health officials reported 10 new confirmed cases of COVID-19 today, including one additional death. That brings the total for King County to 31 confirmed cases, with nine deaths.

Last week, Amazon asked employees to defer “non-essential” travel in the U.S. and abroad. The company started restricting business travel to China, the epicenter of the epidemic, in late January.