A new Washington state initiative will harness artificial intelligence to make sure high school graduates get the chance to boost their own smarts.

Otterbot is a free, AI-powered texting service that can help high school seniors apply for financial aid that covers tuition and fees for college and other training. 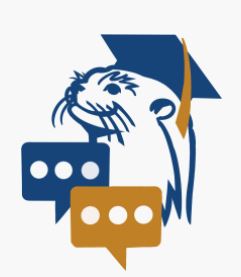 And this fall, more seniors will be eligible for more generous state support for high education thanks to an increase in funding for the Washington College Grant (formerly known as the State Need Grant).

State lawmakers last year passed a major tax hike on “advanced computing businesses with revenue of more than $100 billion” — which encompasses only Microsoft and Amazon. Both tech companies supported the legislation, with Microsoft taking the lead on pushing for the bill as a means for preparing local students for tech jobs of the future.

But students can only access the college money by applying through FAFSA. That’s where Otterbot comes in.

Washington Student Achievement Council, a state agency, is partnering with AdmitHub to provide the chatbot service. The council signed a two-year, $420,000 contract with the Boston-based tech company.

We wanted to up our game to do something at scale to reach more students … and help them work their way through the complexity of financial aid.

Meotti said the service won’t replace in-person programs and other efforts to improve support for students seeking college dollars, “but in the space of trying to build out this infrastructure at scale, we do need things that are lower cost per intervention.”

Otterbot is available to all students, and the state is proactively contacting participants in College Bound Scholarship, a Washington program that connects with middle school students to ultimately provide higher-ed financing. Of the 30,000 seniors in the program, the state has cell phone numbers for 10,000 of them. In November, the council began sending Otterbot messages to the students, and 4,000 have engaged with the chatbot.

AdmitHub started in 2014 and launched its first chatbot with Georgia State University in 2016. The company has 100 customers, the majority of which are academic institutions, rather than public agencies like the Washington Student Achievement Council.

The AdmitHub platform “can be involved in anything that happens in a person’s life while they’re in college, from admissions and enrollment to persisting and completing their degree,” said CEO and co-founder Drew Magliozzi.

Otterbot currently has three modes for outreach: an introduction, nudges around application tasks and deadlines, and surveys to better understand the challenges that students are facing, with the goal of improving services to them.

When students submit questions that the bot doesn’t understand or can’t answer, it triggers human intervention to sort out the query and improve the AI database.

If the texting service is a success, the council could extend the partnership and expand its use to contacting students before senior year, Meotti said.

AdmitHub cites numerous cases where its product has increased student enrollment and retention. A study published by Brookings showed that the platform reduced “summer melt,” or the phenomenon of students who plan to attend a university but fail to show come fall. At Georgia State, for example, students who received text outreach were 3.3 percentage points more likely to enroll.

“In addition to this significant increase in enrollment, the outreach helped students to be more successful with a host of pre-enrollment processes, particularly those related to navigating financial aid,” Brookings reported.

With Otterbot, “this is about opening up the opportunities afforded by postsecondary education to people who might otherwise not have been able to access it,” Magliozzi said. “It’s about helping students get back on the path to a postsecondary credential and unlock the social and economic mobility that a college degree can provide.”