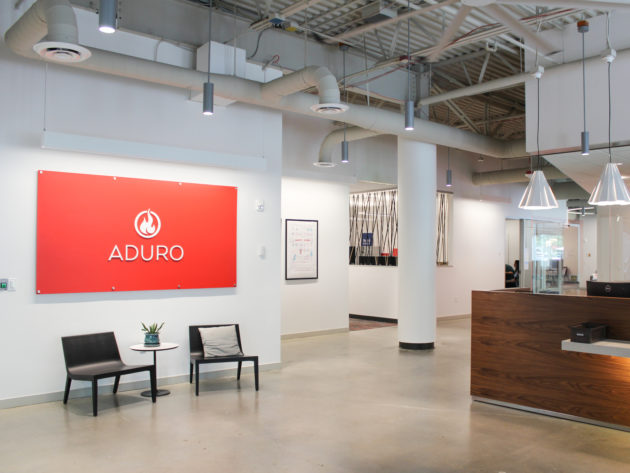 Seattle-area health technology company Aduro has landed a $22 million investment to help company employees “be great at anything.”

The funding, announced Wednesday, is Aduro’s first outside investment. It came from Boston-based private equity firm Abry Partners, which has $5 billion under management and invests in more than a dozen health care IT companies.

“We feel that the traditional wellness approach is dead,” Aduro CEO Dr. Darren White told GeekWire. “We take a more aspirational, broader approach that meets people where they’re at.”

The privately held Redmond, Wash.-based company was started 12 years by White and Dr. Toni Best. Aduro has 240 employees, more than half of them in Redmond. It says it has annual recurring revenues of nearly $40 million.

Here’s Aduro’s basic philosophy: Rather than spend your time going after at-risk employees, ask them what goals they want to achieve and offer to help.

The Port of Seattle said engagement in its wellness program went from 28 percent to 90 percent after moving to Aduro’s platform. Aduro also counts a number of household names among its clients, including Levi Strauss & Co., Khol’s, Dairy Queen and TiVo.

Aduro’s competition includes Virgin Pulse, which is part of billionaire Richard Branson’s Virgin Group, as well as Vitality, Sonic Boom and StayWell. White said the recent funding round was done, in part, to compete with better-funded rivals.