Antitrust investigations, privacy issues, and a cloud of government scrutiny? Brad Smith has been dealing with this stuff since before Facebook and Google were born.

Microsoft’s president helped the company pull itself out of its own regulatory and legal challenges more than a decade ago. In the years since, he has emerged as a “de facto ambassador” of the tech industry. He’s one of the key leaders guiding Microsoft’s approach in areas including artificial intelligence, privacy and the often difficult intersection of technology and public policy. 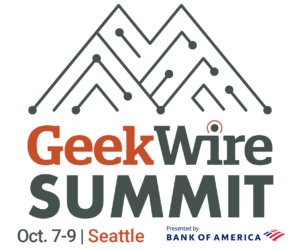 Smith will be one of the speakers at our annual GeekWire Summit technology conference, taking place Oct 7-9 in downtown Seattle.

He’ll be fresh off the release of his upcoming book, “Tools & Weapons: The Promise and The Peril of the Digital Age” (with co-author Carol Ann Browne). The book has been getting advance buzz for its insights and behind-the-scenes revelations. They include President Obama predicting accurately that the public outcry over privacy abuses would someday expand beyond government surveillance to the activities of tech companies.

“That Smith has smart things to say is hardly a surprise,” wrote Axios tech correspondent Ina Fried after getting a sneak peek at the book. “That he has compelling stories to tell is more unexpected, as the career lawyer is known more for his prudence than his storytelling.”

Smith and Microsoft CEO Satya Nadella “have emerged as some of the most outspoken advocates in the industry for protecting user privacy and establishing ethical guidelines for new technology like artificial intelligence,” the New York Times wrote last year.

We’ll be interviewing Smith on stage about some of the most interesting and important issues facing the tech industry and the world.

The GeekWire Summit takes place this year at the new Hyatt Regency in downtown Seattle. Our signature tech conference, now in its 8th year, is known for in-depth interviews and inspiring talks from leaders in tech, business, science, and other key sectors of innovation and economic growth. We’ll kick things off the evening of Oct. 7, followed by two days full of content, on Oct. 8 and 9.

Find more details and register on the GeekWire Summit event page or below.