“Automation in 2019 is like digital in 2003 — it’s about to change everything,” Turner said in a statement. “New Engen’s technology and expertise, coupled with creative development and the data to back it up is groundbreaking in today’s market. I’m excited to be a part of the team helping to drive this revolution.”

Founded by former Zulily execs, New Engen has been growing rapidly after raising close to $11 million.

Earlier this month, Cray announced that it would join Intel in building the first U.S. “exascale” supercomputer for the Department of Energy.

“Cray is well positioned to capture the tremendous growth that is occurring within the convergence of modeling and simulation with AI and analytics that require the power and scalability of supercomputing,” Dinning said in a statement. “Cray’s next-generation Shasta system is going to be a game changer — a completely new architecture that will power the first U.S. exascale system and power business critical advanced analytics for the enterprise.”

“I began my career in the private practice of law and am delighted to be returning to that role at a firm as dynamic, collegial, and forward-thinking as Davis Wright Tremaine,” Inslee said in a statement. “In addition to the firm’s many top-tier established clients, the firm’s Project W initiative is having a tremendous impact on the advancement of women-led startups around the country and I can’t wait to help support those efforts.”

David Wright Tremaine has represented tech giants like Microsoft and Amazon. The firm said Inslee would help its technology clients with their intellectual property, philanthropy and public policy needs. 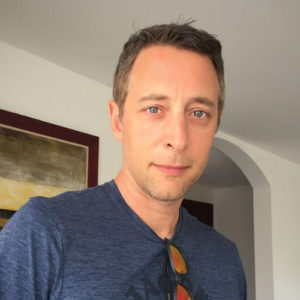 — Russell Benaroya is coming back to Seattle this summer. The entrepreneur will return after moving to Costa Rica with his family in June 2018. Benaroya was previously CEO and co-founder of EveryMove, a Seattle-based wellness tracking startup acquired by Chicago-based higi in 2017.

“This wasn’t some kind of ‘sabbatical,'” Benaroya said of his trip to Costa Rica. “I really wanted to test the idea of geographic independence (the ability to pursue a professional purpose, living anywhere in the world, and achieve one’s economic goals in parallel). The idea of ‘work your ass off until you retire’ didn’t make any sense to me and is a foreign concept to many of us. The global marketplace and communication technology has massively liberated millions of people and I wanted to test whether geographic independence could be achieved and be a groundswell concept that professionals today can (and should) pursue with intention.”

While abroad, Benaroya acquired a Bay Area company that provides outsourced bookkeeping and accounting services to tech and healthcare companies. He rebranded it as Stride and plans to “double down” on the company. Read more about his trip to Costa Rica at Benaroya’s blog.

“Qumulo’s world-class team is well-positioned to help enterprises with their digital transformation strategies, and to completely transform the storage industry by changing the way that organizations think about file storage,” Miller said in a statement.