It has been nearly two years since Google quietly acquired Senosis Health, a Seattle startup that figured out how to turn ordinary smartphones into monitoring devices to detect pulmonary function, hemoglobin counts and other health information.

The deal wasn’t publicly announced by the companies at the time. GeekWire later obtained documents through a public records request confirming the deal and showing that Google’s Nest division actually made the acquisition. Senosis was formed at the University of Washington in Seattle.

But in a recent interview, Senosis co-founder Shwetak Patel acknowledged that he’s working on healthcare for Google following the acquisition and hinted that there’s more news to come.

“I’m pretty excited to be working within Google under Dave Feinberg’s leadership, to be able to have an impact in healthcare,” Patel told GeekWire last week. “Unfortunately, that’s all I can say for now, but there will be things in the future that become more obvious what’s going on.”

A spokesperson for Google confirmed that Patel was working for David Feinberg but declined to share further details. 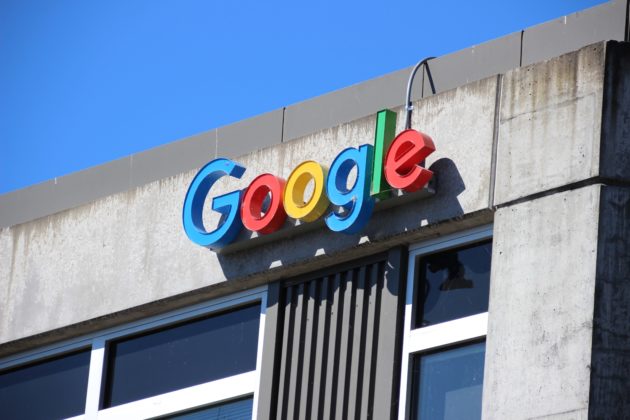 Google last year hired Feinberg, a healthcare industry veteran, as vice president of Google Health. The job would bring together healthcare efforts across Google Brain, Nest and Google Fit, according to a CNBC report. The report also said the company planned to create a team within Nest dedicated to managing health at home and helping people remain independent as they age. Feinberg was previously CEO of healthcare provider Geisinger Health.

Google’s tech rivals including Amazon, Apple and Microsoft have been taking bold steps into healthcare. In the connected device space — where Patel’s expertise lies — Amazon recently brought HIPAA compliance to Alexa, and the Apple Watch’s heart monitoring feature was used as part of a massive study with Stanford.

I get that intellectual freedom to create these off-the-wall, wacky ideas. And then over time, as my students and I do research in these areas, they start to get ripe for industry.

Patel said he’s working with Google teams in Seattle and the company’s Mountain View, Calif. headquarters, in addition to maintaining his role as a professor of Electrical Engineering and Computer Science & Engineering at the University of Washington.

Patel has shown a knack for finding new uses for existing infrastructure and technologies, such as using the wiring inside homes as antennae for sensors. He’s a past MacArthur Genius grant winner and last week was awarded the prestigious ACM Prize in Computing. His previous inventions led to startups that were acquired by companies such as Belkin and Sears.

Google parent Alphabet has wide-ranging ambitions in healthcare, from its health research arm Verily Life Sciences to a variety of artificial intelligence efforts.

Nest is known for its smart thermostat, smoke detector and other smart-home devices. When the Senosis acquisition occurred, Nest was a standalone company under Alphabet’s “Other Bets” category. But last year, Nest was folded back into Google under its hardware unit.

Patel said he continues to find value in splitting his time between the University of Washington and the various roles he has held at the larger companies that have acquired his startups.

“I think of academia as my playground to be able to do all the explorations of concepts and ideas that are just really hard to do sometimes in industry. I get that intellectual freedom to create these off-the-wall, wacky ideas,” he said last week. “And then over time, as my students and I do research in these areas, they start to get ripe for industry.”

At the time of the Senosis acquisition, Patel alluded to Nest’s healthcare ambitions in an internal email disclosed as part of the previous public records request.

“It turns out Nest is much more secretive than the rest of Google or Alphabet,” Patel wrote in the June 2017 email to Fiona Wills, an official at UW CoMotion, the university’s innovation hub. “They seem to be particularly sensitive in this situation since they don’t want people to know they are getting into a whole new line of business, digital health, until they are ready to publicly announce.”