In an interview with GeekWire, Mikesell revealed that Maka is building intelligent robots for agriculture-related applications. One of its first devices is an autonomous robot for weed control; the machine can whack weeds without using herbicides or other chemicals — “that’s a really big deal,” Mikesell said.

Weed elimination is just one of the tasks that Maka’s robots will be able to do, but Mikesell was mum on sharing details about other uses. Maka is working with farmers across the U.S.

GeekWire previously reported about Maka when it raised its initial funding from Bolt earlier this year. 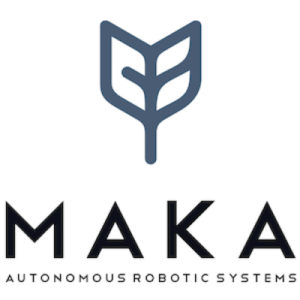 In 2001, Mikesell co-founded Seattle-based online storage company Isilon Systems with Sujal Patel. EMC acquired the startup in 2010 for a whopping $2.25 billion — one of the largest acquisitions of a Seattle tech company.

Mikesell was most recently a director of infrastructure engineering at Uber, where he spent four years helping grow a team from 30 to 280 people and reported to the CTO. He helped the transportation giant open its Seattle engineering office in 2015. Mikesell left Uber last year and had a brief stint at Facebook Reality Labs before leaving to start Maka.

The CEO is applying his knowledge of deep learning, systems software, robotics, and more to help develop Maka’s tech. He declined to name his co-founder, but said he’s a third-generation farmer who works on thousands of acres of land in Idaho and Oregon. “He knows a ton about agriculture,” Mikesell said.

Ignition Partners Managing Partner John Connors, who will join the company’s board, also has a farming background. The former Microsoft executive grew up in eastern Montana and spent hundreds of hours working on farms. He maintains connections to the agriculture community and industry.

“There is a universally positive reaction to the idea,” Connors told GeekWire. “In Puget Sound, we have a unique combination of world class software and manufacturing talent. [Maka is putting] those together to provide a game-changing approach to the labor challenge in agriculture, while helping the stewards of the earth — farmers — increase profitability in a sustainable way. It’s another example of innovation contributing to solve big challenges.”

Agriculture is a $5 trillion industry, but there hasn’t been a ton of investment in tech-fueled automation, Mikesell said. He said farmers are “some of the savviest business people you’ll ever meet” and they are ready to embrace new tools, especially if it helps their bottom line.

“If you can show an ROI and a better process, people get excited about it,” Mikesell said. “I just love talking to farmers. They know their numbers and they know what’s important.”

There are a number of companies — such as fellow Seattle startup Pollen Systems and industry giants such as John Deere — building tech to help farmers. But Maka believes it has something differentiated.

“We definitely have a secret sauce,” Mikesell said.

Mikesell also founded Bay Area-based database startup Clustrix in 2006; MariaDB acquired that company last year. He was a manager at Seattle-based RealNetworks from 1998 to 2001. Mikesell earned a computer science degree from the University of Washington in 1996.

Greg McAdoo, general partner at Bolt, is on the company’s board. He and Mikesell have known each other for years; McAdoo was an Isilon investor.

Patel, who worked with Mikesell at RealNetworks before they launched Isilon, is also an investor in Maka.

“Paul is an exceptional entrepreneur and an incredibly talented engineer,” Patel told GeekWire earlier this year. “I am super excited to be working with him again on this new project.”