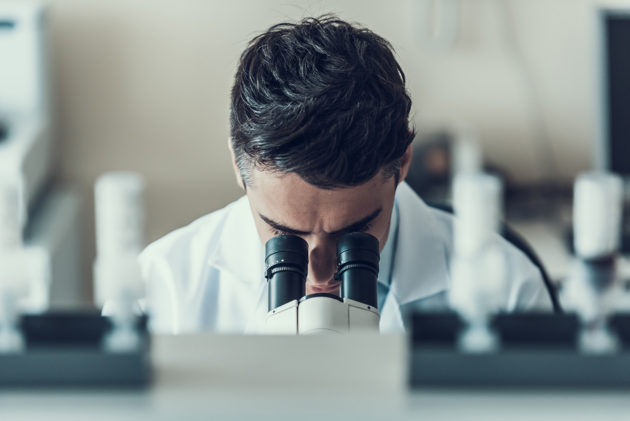 Good Therapeutics, a new Seattle biotech startup that aims to develop protein drugs that act only when needed, raised $11 million in an equity round, according to a new SEC filing.

The secretive startup is trying to “make safer, more effective drugs that act only when and where they are needed, limiting systemic toxicity without reducing therapeutic efficacy,” according to its website. Good said it is developing an algorithm that will design proteins for cancer therapies.

Founder and CEO John Mulligan confirmed the $11 million round but declined to comment on what it means for the company when contacted by GeekWire.

Mulligan, who earned his doctorate in biology from Stanford University, previously worked as a consultant for Microsoft on a system for storing data on strands of DNA, according to his LinkedIn. He also founded Glycostasis, a company that designed a protein to regulate insulin levels, and co-founded Cambrian Genomics, which created a way to laser print DNA.

Good’s offices are in Seattle’s Fremont neighborhood, according to the filing. The company listed the following directors: