The first title is Eagre Games’s Zed, a short, fast-moving VR title that might be best described as an interactive memoir. It’s an odd choice for an initial offering, though it’s really on-brand for Cyan: you spend much of Zed exploring bizarre architecture and surreal environments, as part of taking a dreamlike trip back through the defining moments of an old artist’s life.

Zed has been in development for the last four years, and was partially funded through a successful Kickstarter in 2016. Eagre’s co-founder and CEO, Chuck Carter, was one of the environmental designers on the original Myst, before going on to a career as a freelance digital artist, working on projects for NASA and National Geographic. Maine-based Eagre paired up last year with the New Hampshire-based Skymap Games in order to complete Zed and turn it into a full VR experience.

In an interview with GeekWire, Carter cited Cyan’s game The Manhole; 2012’s Dear Esther; 2011’s The Stanley Parable; and one of his own personal mentors as other influences to create Zed.

“The real inspiration that got this whole thing going is that I found out about 15 years ago that one of my mentors was dying,” Carter explained. “I decided to go visit him, but I didn’t know that he had dementia. It was a really hard visit, because I remember this guy was always drawing, everywhere. He always had a sketchbook in his pocket.

“When I met him, he didn’t really remember who I was. He was trying to draw, and couldn’t remember how to do it. That whole thing stuck with me through all these years, and I thought it might be an interesting idea to incorporate into a story. I laid it out for Joe Fielder and David Chen, our writers, who then ran with it and added a lot of their own insight.” 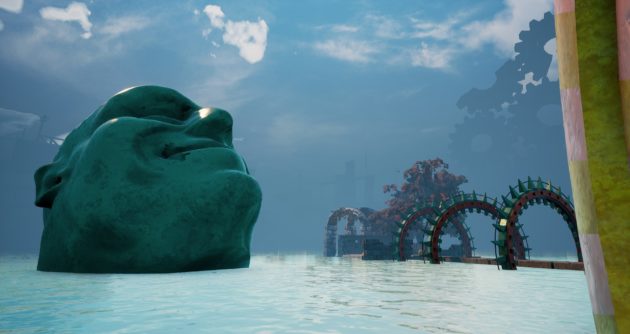 I went into Zed as cold as I possibly could’ve, and I’ll admit my first impression wasn’t great. You start the game in an empty house full of moving boxes, without much to see or do, with the vaguest of possible instructions regarding how to progress. Eventually, you find a simple puzzle, which when solved, allows you to move on.

At first, I was close to writing Zed off as one of the “narrative experiences” I’ve seen a lot of lately, particularly on virtual reality platforms. Some can be fun in their own way, but they just don’t give you as a player that much to do, which seems like it defeats the purpose of being in an interactive medium at all. The running joke about them in the games community is that they’re “walking simulators,” as all they really ask of a player is that you move through them until they reach an ending.

After the first couple of areas, however, Zed steadily pulled me in. You play from the perspective of an elderly cartoonist named Malone who’s suffering from dementia. His attempts to sort through his jumbled memories and regain some mental clarity are represented as a slow exploratory tour through important locations from Malone’s life, from his troubled childhood up to the present day.

Much of Malone’s trip is heavily influenced by the creative project that’s defined Malone’s life: a series of stories about a talking stuffed animal named Zed, who’s lost in a colorful multiverse searching for a way home. Zed’s adventures are depicted in-game via a series of illustrations by Kent State art professor Doug Goldsmith, an old friend of Carter’s, which form the basis for many of the game’s puzzles. 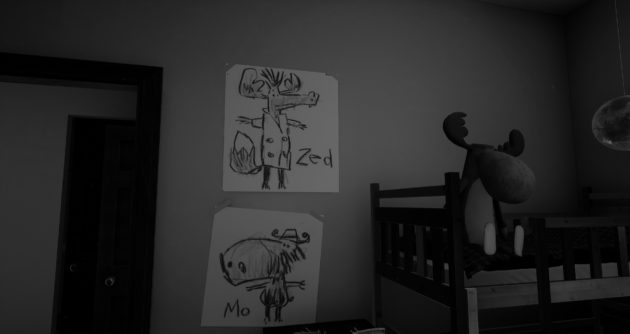 By turns, Zed can be funny, sad, genuinely creepy, nostalgic, or surreal. You move through Malone’s memories in rough order, going from childlike wonder to early disappointments to familial dysfunction. Sometimes, it’s simple relatable slice-of-life stuff, and other times, it’s got the peculiar magnetism of someone else’s personal disaster.

You get through Zed by searching each successive environment for notable items from Malone’s past, each of which comes with an illustrative sketch in his journal that explains some of its significance to him. Once you’ve found them all, you activate a simple tile-matching puzzle, which you can solve to open the door to the next area. It’s not at all challenging, with no failure states, and it only took me a little under two hours to get to the end.

On the other hand, it’s a genuinely touching experience. Zed is thoughtful, evocative, surreal, and particularly as you get further into Malone’s adult life, an emotional rollercoaster. Zed doesn’t have any adult content to speak of, in the way that people usually use that term — I’m not sure anyone even curses — but deals frankly and openly with infidelity, suicide, abuse, self-hatred, forgiveness, and mourning.

A big part of what hooked me about the game, in fact, is that Zed is very good at environmental storytelling: it hints, teases, and shows, rather than outright telling the player what’s happening. Unlike a lot of VR games, Malone isn’t a silent protagonist. He’s a character in his own right, voiced by veteran actor Stephen Russell, and narrates much of his own story. Malone already knows what he’s looking at, so he offers just enough information in his mono- and dialogues that players can begin to put together the pieces by themselves. 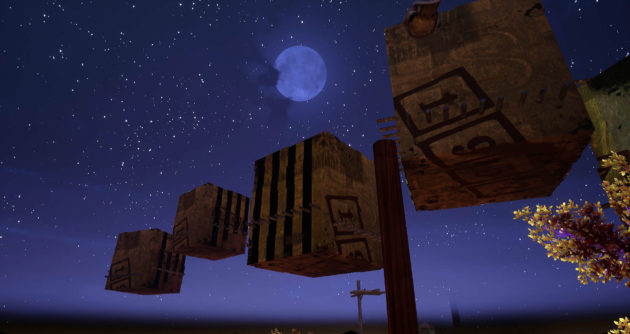 “The main character has no first name,” Carter said. “He can be anybody. I toyed with a couple of ideas, like using an actual friend of mine’s name, but this lets people interpret it however they want. Some of the responses we’ve gotten from people who’ve played it is that they know somebody who’s going through this. Leaving it a bit ambiguous allows people to personally fill in the blanks, which I think helps connect you to the story a little bit more.”

It’s effective. I have a few of my usual misgivings about Zed as I do with a lot of games like it: it’s short, and I can’t imagine going back through it. Zed is not something you’d ever replay for fun; in fact, this is probably the first VR product I’d ever recommend to somebody if you’re actually looking for a tearjerker.

This is hard to recommend, but I’m going to make the effort anyway. There’s a lot to admire here, about Zed’s environment design, storytelling chops, and general artistic skill, even if it’s also a non-stop thrill ride through an old man’s regrets and accomplishments. It’s going to wreck your whole day if you aren’t careful, but Zed is a sobering, powerful experience. If you’re into VR, or just interested in the possibilities of interactive storytelling, you need to check it out.