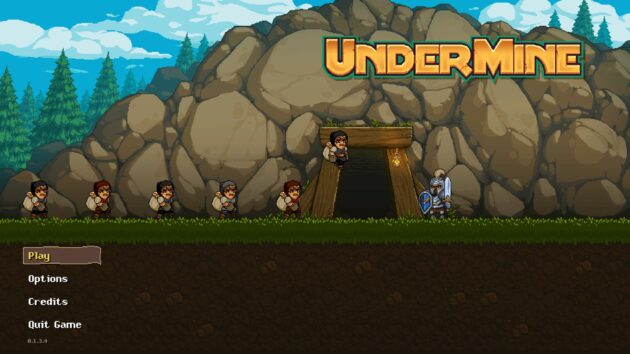 Fandom is probably best-known for its network of fan wikis. The San Francisco-based entertainment platform was originally founded in 2004 as Wikicities, by Angela Beesley Starling and Wikipedia co-creator Jimmy Wales. It later rebranded to Wikia in 2006, a name that some of its wikis still use, and to Fandom in 2016.

If you’ve used a fan wiki at all in the last year, it was probably hosted on a Fandom site. The company claims it hosts over 385,000 individual communities, covering virtually every show, book, comic, game, anime, film, or assorted hobby that you could hope to imagine.

Now Fandom is trying its hand at game publishing.

UnderMine, a challenging dungeon crawler, is the first game to be published through Fandom’s new arm. It’s developed by Thorium Entertainment, a two-man studio headquartered in Vancouver, B.C., and debuted via Steam Early Access Aug. 20.

The development team on UnderMine is made up of Vancouver’s Derek Johnson and Seattle’s Clint Tasker, with music and sound design by Sono Sanctus, a sound and music design company in Grand Rapids, Mich. Tasker and Johnson first met during their time at Relic Entertainment in Vancouver while working on strategy games like Warhammer: Dawn of War II and Company of Heroes.

Donovan Duncan, president of Fandom, said that moving into video game publishing is an experiment.

“I’m a gamer myself, and more and more, you notice that discoverability is an issue these days,” Duncan said in a phone interview. “There’s not a lot of curation for games in general. That was the identified need. There are a lot of things coming out, so where can we step in and play this role?”

To help support the launch, the official UnderMine wiki is hosted on Gamepedia, a video game wiki Fandom recently acquired.

“Much of the business is akin to what we do at Fandom, where we try to identify the IP that we think will have the biggest impact for us and the largest number of fans,” Duncan said. “We thought, what If we take this one step further? We think UnderMine’s going to be a really great game with a great fanbase. What if we partner with them, and actually facilitate the launch of the game?”

UnderMine is a 2D “roguelike” dungeon crawler, featuring elaborate old-fashioned pixel art. It’s set in a fantasy world, where both a plague of monsters and a series of recent earthquakes have been traced back to the caverns below a local gold mine. Arkanos the Archmage has been sent to find out what’s happening.

You do not play as Arkanos. Instead, you’re one of an endless number of disposable peasants that Arkanos is using as cannon fodder. Armed with a pick and accompanied by a canary, you go down into the mine to fight monsters, collect gold, grab relics, solve puzzles, and evade traps. 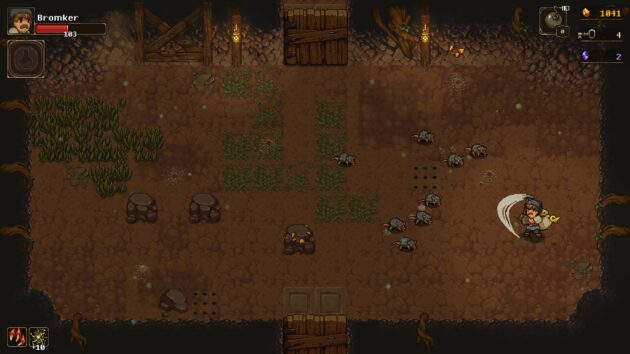 There’s no way back up to the top level of the mine from below. Any time you jump into the tunnels, it’s a one-way trip. You can find food and potions to restore your health, and relics that provide you with powerful new abilities, but every mistake can cost you dearly. Sooner or later, your luck’s going to run out.

When you die, you respawn on the top level of the mine with half your gold, as an identical peasant in a different-colored tunic. That gold can be spent to acquire a variety of permanent, passive upgrades, because of course Arkanos is going to charge you for his help, which will persist through your next death. Any other relics, blessings, and other buffs you got on your last trip are gone for good.

There’s a dark comedy to it all. Your path through UnderMine is built on a thick carpet of dead peasants, each one of whom got you just a little bit further into the mines. Each run, even if you failed, gets you one more upgrade, or blueprint, or attempt at a boss.

Each time you enter the mine, your trip is a little different; I was told by the developers at PAX West, at their table in the Indie Megabooth, that each room in UnderMine is about 40 to 60 percent handcrafted, with the rest made up by procedural generation. You do see some repetition, but in general, each run through UnderMine ends up substantially different than the one before it. You can also find relics hidden within each floor of the caverns that change up your miner’s abilities, sometimes dramatically. 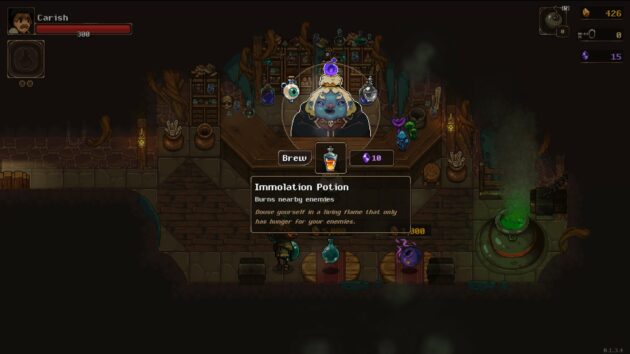 The current road map for UnderMine is that it will spend eight months in Steam Early Access before reaching a full release around the middle of 2020. A lot of games tend to spend much longer in their Early Access state, but according to Johnson, they’d planned for that. “I was told by other developers, ‘Don’t release everything you have in Early Access,’” he said. UnderMine has updated twice since its initial release, adding additional monsters, encounters, features, and functions.

According to Duncan, if being UnderMine‘s publisher works out for Fandom, it may mark the beginning of the company taking an active curation role for other mediums, such as TV and movies. “We see it almost as a responsibility of ours,” he said. “If we find something good, we want to show it to people. We believe there’s an element of curation that we can provide, and a level of visibility that we can provide for those games that have what our customers are looking for.”