Seattle startup Koru launched in 2014 as a “bootcamp” platform that helped both employers find top entry level talent and graduates land jobs. It pivoted in 2016, focusing instead on selling predictive hiring enterprise software. 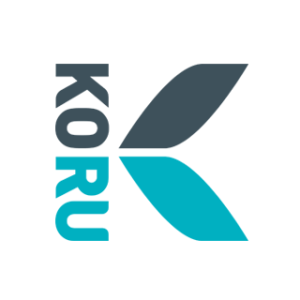 Now, in an unusual startup exit, Koru is selling both businesses to two separate acquirers.

In an interview with GeekWire, Koru CEO and co-founder Kristen Hamilton shed light on the company’s unorthodox acquisition.

She called Koru a pioneer in the predictive hiring industry. The company had big Fortune 500 customers such as Citi, Barclays, and Zillow, helping them identify talent using machine learning and data related to a company’s performance drivers. It incorporated individual assessments based on the Koru7 Impact Skills, which are seven “soft skills” — grit, rigor, impact, teamwork, curiosity, ownership, and polish — that lead to strong performance based on Koru’s research.

The idea was to provide a holistic assessment of a job candidate based on qualities beyond traditional metrics, and also help customers reduce bias when hiring.

But Hamilton said that a standalone U.S.-focused predictive hiring solution “was unlikely to be the way the market would mature,” citing slow adoption in the U.S. and her prognosis that such services will become part of larger global vendors or broader HR technology platforms.

Building a ‘culture of we’ and having each others backs while encouraging one another to ‘fail fast and cheap’ paid off when it came time to enter the complications and ambiguity that an acquisition entails.

The Koru product will become part of the Capp suite; new and existing customers will continued to be supported by Capp. Hamilton said the acquisition is “a great thing for Koru’s customers.”

“Importantly, Koru’s mission to enable a ‘grit over grades’ revolution will be carried forward by Capp,” she added.

Half of Koru’s 16-person team will now work remotely for Capp, which just opened a U.S. office in New York City. Hamilton will be a strategic advisor.

“We help employers to create a better aligned, motivated and — most importantly — more productive workforce,” Dr. Alex Linley, CEO and co-founder of Capp & Co., said in a statement. “Koru’s predictive hiring technology and deep expertise in soft skills will enable us to assess a new set of performance strengths such as grit, rigor and curiosity, and provide further insights for our customers with best of breed predictive analytics.”

Hamilton said the deal provided two entrepreneurial lessons. One was related to relationships — both Hamilton and her co-founder, Josh Jarrett, had connections to Capp, through a board member, and Entangled, directly with its CEO.

The other lesson was about building trust with and within a team at a startup. The co-founders leaned on some of the company’s original core values as it worked through the acquisition process.

“Building a ‘culture of we’ and having each others backs while encouraging one another to ‘fail fast and cheap’ paid off when it came time to enter the complications and ambiguity that an acquisition entails,” Hamilton explained. “We broke from traditionally held ‘best practices’ of keeping the M&A process a secret from employees by oversharing early and bringing the team into the process. As we navigated the bumps on the path that are part of any acquisition, the team stepped up and supported us in a way that I would not have imagined possible.”

Hamilton previously co-founded a Seattle startup called Onvia that went public in 2000. She was also an entrepreneur-in-residence at Maveron in 2013 and is the former COO of World Learning, which had more than $100 million in annual revenue and employed more than 1,500 people.

Before launching Koru, Jarrett spent more than seven years at The Bill & Melinda Gates Foundation, where he was an entrepreneur-in-residence. He was also an engagement manager at McKinsey & Co.

So what’s next for Hamilton? She’ll advise both Capp and Entangled, but plans on taking some time to reflect on five years of another startup adventure that was Koru. Hamilton also said she wants to help other entrepreneurs “build healthy businesses that will scale humanely, and put women in positions of power.”