Turns out that the market for their tech-infused service went beyond payday loan users.

The Seattle startup has reeled in another $4.3 million from existing investors to help fuel growth of its mobile-only loan program.

What Possible Finance does: The company offers loans of up to $500 and is similar to payday lenders — but with crucial differences. Borrowers have more time to pay back the money in installments and the repayments are reported to the credit agencies, which helps people rebuild their credit. Traditional payday loans are structured differently, so those payments don’t count for credit scores, helping trap consumers in a costly cycle of borrowing.

Huang said that the vast majority of the company’s applicants are actually not payday loan users. 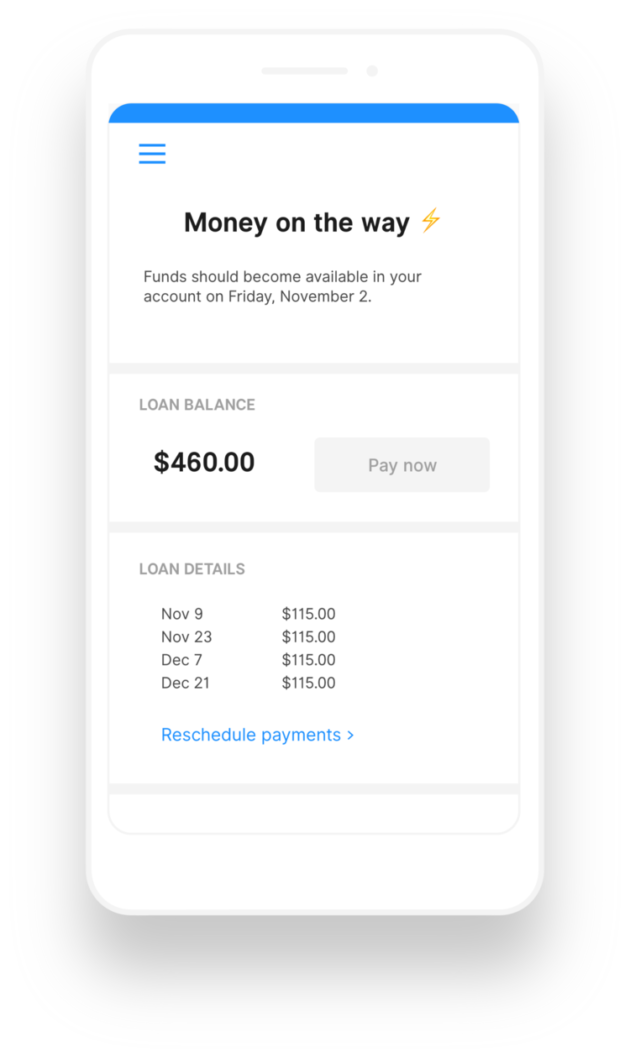 “By being more accessible and by reporting to the credit bureaus to help users build credit history, we’re de-stigmatizing small dollar loans and expanding financial access to a much larger audience,” Huang told GeekWire this week.

Using the Possible Finance app, people can apply for loans without a credit check and receive funds the next day. Possible Finance links to a customer’s bank account and uses machine learning to analyst financial transaction data to make credit risk decisions rather than relying on FICO credit scores.

Traction: Since launching in April 2018, the company has originated 13,000 loans and has 50,000 users on its waitlist. It has been growing revenue by 50 percent month-over-month and recently crossed a $1 million annual revenue run rate milestone. Huang said he sees a “clear path” to profitability.

Possible Finance just launched in California; it also serves customers in Washington, Utah, and Idaho. The company has nine employees and expects to double headcount this year.

“We’re incredibly excited to continue our investment in Possible Finance and double down on the team,” Liu said in a statement. “Evident by the thousands of satisfied customers, they have demonstrated clear product market fit and an extraordinary ability to execute against their vision of improving financial access for middle class Americans.”

Founding team: Huang and his co-founders — Prasad Mahendra, vice president of engineering, and Tyler Conant, chief technology officer — previously worked together at Axon, the leading manufacturer of non-lethal Taser stun guns and policing software and supplies including in-car and policy body cameras. That experience instilled in them a passion for developing technology that serves a social good. As part of his role as product manager at Axon, Huang did ride-alongs with police across the country, giving him some insight into disadvantaged neighborhoods and reinforcing his commitment to helping underserved communities.

Huang was nominated last year for the Young Entrepreneur of the Year category at the GeekWire Awards.

“Possible Finance’s novel approach of using transaction data has the potential to become the standard for consumer credit risk and eventually replace the existing credit score system” Arora said in a statement.