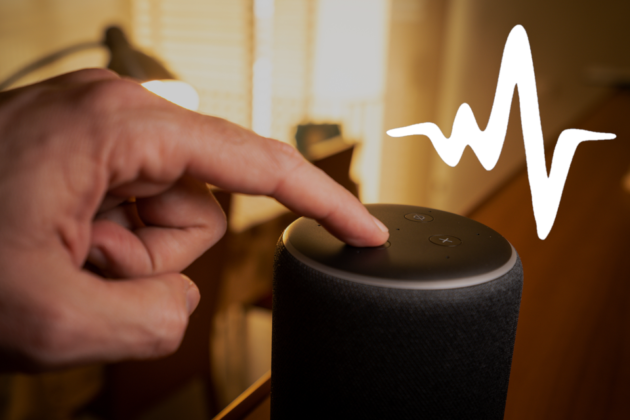 Voice assistants are coming to the hospital. Last month, Amazon Alexa announced a new skill that made the platform compliant with HIPAA, a set of privacy rules that govern patient data. Not far behind in the race are Google, Apple and Microsoft, which are also positioned to bring their voice assistants to healthcare.

On the latest episode of the GeekWire Health Tech Podcast, we dig in with the first of a two-part series on the latest technology sweeping the industry. We’ll hear from innovators at two major health systems about how they’re using Alexa in healthcare today as well as their predictions for the future of voice assistants.

Listen to the episode above, or subscribe to GeekWire Health Tech in your favorite podcast app. Continue reading for highlights.

Maryam Gholami is the vice president of product at Providence St. Joseph Health, a hospital system right in Amazon’s backyard. Her team created an Alexa skill that lets patients book appointments at nearby clinics. It’s an early effort in what Gholami sees as a long-term need for the hospital.

“We see voice having massive impacts on healthcare in the future, both for consumers and caregivers,” she said. “Consumers are buying all these voice devices, whether it’s Alexa or a Google device. So it’s important for us to start early, learn about the consumer’s behavior, and perfect that experience. It doesn’t happen overnight.”

Gholami’s first exposure to voice assistants was more than six years ago at Microsoft, where she worked on Cortana. “What’s exciting for me honestly is to see all the improvements that have been done. My accent was a problem for years. And guess what? Alexa has no problem with my accent. So technology has come a long way even from that perspective,” she said.

John Brownstein, the chief innovation officer at Boston Children’s Hospital, has likewise seen voice apps evolve over the years. His team was the first to use the technology in a healthcare application with an educational tool for parents called KidsMD.

But the addition of HIPAA compliance allowed Brownstein’s team to take things much further. “We could finally start rolling out use cases where there was a direct connection to the care that a patient was being provided at our hospital,” he said. The Boston hospital’s latest voice effort focuses on helping patients recover after cardiac surgery.

Brownstein thinks voice will soon play a role in improving conversations between providers and patients as well as helping physicians access information on the go and in sterile environments. “There are so many use cases where a voice interface can play a really foundational role, and actually a transformational role, in the delivery of care,” he said.

But there’s also a need to move cautiously. For starters, an early misstep might cause providers to be more hesitant to use voice apps in the future, Gholami said. And there’s very little room for error when dealing with patients’ health, which means that every application must go through rigorous testing.

Will Alexa and other voice assistants ever get to the point where they act like virtual doctors, prescribing medications and recommending treatments? “I think that is one view of the future,” said Brownstein.

Brownstein imagines a scenario in which a voice app detects a change in a patient’s voice that indicates a disease. The patient then interacts with a chatbot that makes a diagnostic decision, orders a prescription and delivers it to the patient’s door without ever consulting a human. “It’s not a far stretch to see that reality,” he said.

In the near future, voice apps are likely to take over in settings where providers or patients need to be hands-free. For instance, they can take notes for doctors or help patients perform basic tasks from their hospital bed.

“By the way, I don’t think nurses also like to come and turn on the TV for you,” Gholami said. “They want to care for you. They want the emotional connection part.”