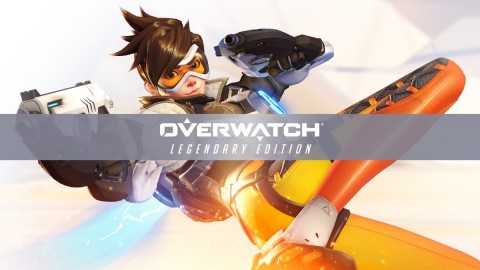 Nintendo made a number of big announcements Wednesday, including the next downloadable guest character for Super Smash Brothers Ultimate, the debut of a Switch edition for Blizzard’s megahit Overwatch, and more details about forthcoming games like Pokemon Sword & Shield, Animal Crossing: New Horizons, Little Town Hero, and a remake of the notoriously untranslated Super Nintendo classic Trials of Mana.

The two biggest announcements leaked a bit early, as is fairly typical these days, but there were still a couple of surprises in the lineup. The news aired via Nintendo Direct, which you can watch below.

— Blizzard’s Overwatch is coming to the Switch on Oct. 15. Few details were revealed about the specifics, but the trailer offered “new ways to play.” Overwatch, a team-based shooter that stars its own lineup of original superheroes, was one of the best-selling games of 2017 and is still a big favorite among streamers, cosplayers, and fan artists.

— Banjo & Kazooie, the next DLC fighters for Super Smash Brothers Ultimate, finally received a release date: today. Owners of the Fighter Pass can download Banjo & Kazooie as of this afternoon; they come with their own stage and theme music.

Technically, while Banjo & Kazooie first appeared on the Nintendo 64 in 1998, the characters are owned by the British studio Rare, which in turn was purchased by Microsoft in 2002. Series producer Masahiro Sakurai said that despite being Nintendo’s competitor, Microsoft was happy to allow Banjo & Kazooie to be included in Smash.

Okay! The Legendary Wolf himself from the Fatal Fury series, Terry Bogard, will be joining the Super #SmashBrosUltimate roster as DLC fighter 4. Look forward to his release this November. pic.twitter.com/lUntbo45Vj

The next planned DLC character after Banjo & Kazooie was also confirmed to be Terry Bogard, the main character of SNK’s Fatal Fury series of fighting games. While SNK’s games have traditionally been a little obscure in the United States, their franchises — particularly the crossover fighting game The King of Fighters, which also features Terry — are very popular in Japan, China, and South America.

SNK’s inclusion in Smash was accidentally leaked last week due to a copyright notice on a website, and since then, fans have been frantically speculating on which of SNK’s characters would make the cut. Terry entering Smash comes in the wake of several recent crossover appearances by SNK characters, with Samurai Shodown‘s Haohmaru entering the fray in Bandai Namco’s Soul Calibur VI and King of Fighters’ Kula Diamond appearing alongside Fatal Fury’s Mai Shiranui in Koei Tecmo’s Dead or Alive 6.

Terry’s debut marks four out of five characters in Smash Brothers Ultimate‘s Fighter Pack, with the fifth as yet unannounced. Sakurai confirmed that won’t mean the end of DLC fighters for Smash, however, and said that more guest characters from other series are in the planning stages.

In addition to showing off Banjo & Kazooie’s moves on Nintendo’s livestream today, Sakurai showed a new upcoming set of DLC costumes for Mii Fighters in Smash Brothers Ultimate. Players’ custom-made fighters can dress up in costumes inspired by Mega Man, Undertale, Mystical Ninja, and Pokemon. Each outfit is available for sale as of later today for $0.75. Buying the Undertale outfit lets you field a Mii Fighter dressed as the game’s popular skeleton character Sans, and comes with a custom musical track made by Undertale creator Toby Fox. 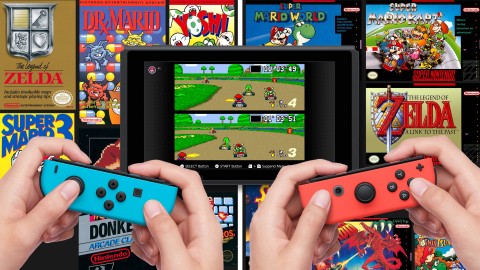 — Nintendo Switch Online is about a year old now, and is being updated tomorrow with a new feature. Subscribers to Switch Online, for no additional charge, will now receive access to a new library of 20 Nintendo Switch games, including Super Mario World, Super Mario Kart, Breath of Fire, Super Metroid, and Kirby’s Dream Land 3. Nintendo will also release a wireless SNES controller for the Switch alongside the new games library, available exclusively through Nintendo’s online store for $29.99.

— In Animal Crossing: New Horizons, up to eight players at once can take series mainstay and arguable extortionist Tom Nook up on his offer to go hang out on a deserted island together. You can set up a tent, garden, fish, craft tools, and make the island yours by setting up your own comfortable campsite.

— Players of Nintendo’s Pokemon Sword & Shield, due out this November, will be able to customize their characters’ outfits, hairstyles, and makeup by buying new options in shops. You can also set up Pokemon Camps for your critters out in the wild, where you can play with them to get to know them better. You can visit other players’ camps and play with their Pokemon, with up to four players capable of hanging out together at once. The Camp also features a cooking pot where you can make up to 100 different kinds of curry.

— Game Freak’s Little Town Hero, an original game from the creators of Pokemon, is confirmed to feature a full soundtrack by Undertale creator Toby Fox.

— Square Enix’s Trials of Mana is receiving an HD remake for the Switch, available on April 24th, 2020. The original version of the game on the SNES was meant to be released outside of Japan, but its localization was abruptly canceled in 1995. A subsequent fan translation in 2000 allowed Trials to build a following despite its lack of an official release. The original version of the game was finally given an official release by Square Enix earlier this year in the Collection of Mana anthology on Switch.

— Other announced ports and releases for the Switch in today’s Direct include a new version of the Fire Emblem/Persona crossover game, Tokyo Mirage Sessions (January 17th); Divinity: Original Sin 2 (today); a rerelease of Doom 64 for the first time in 22 years (November 22nd); Lucas Pope’s award-winning indie mystery game Return of the Obra Dinn (fall 2019); Dragon Quest XI S, an enhanced port of the original JRPG with an optional 2D mode (September 27th); The Legend of Zelda: Link’s Awakening, remade for the Switch with a new Link Amiibo launching alongside it (September 20th); and a new “Definitive Edition” for Xenoblade Chronicles, the Nintendo-published RPG for the Wii-U.

The single most surprising release of the lot, however, might have been Deadly Premonition 2: A Blessing in Disguise. The original Deadly Premonition is a notoriously janky, so-bad-it’s-good open-world game from 2010 that is about as nakedly derivative of “Twin Peaks” as you can get without a lawsuit. It has its fans, primarily for how utterly weird it is, but the fact it’s getting a sequel nine years later, with the original director and writer, is a shock.

I got approval for announcement just now.
So I can say "yes". I am the Director/Writer for DP2!!#deadlypremonition #DeadlyPremonition2 #dp2 pic.twitter.com/qpFVQ6Sns9