“I’m honored to carry on a proud company tradition of supporting one of the region’s most important nonprofits,” Capossela said in a statement. “As a company, Microsoft stands with people experiencing homelessness and other forms of displacement, including refugees. United Way of King County’s efforts are very much in line with our work in those areas. But beyond that, I think there’s tremendous opportunity to introduce United Way to a new generation of Microsoft employees — as well as to tech employees across the region.” 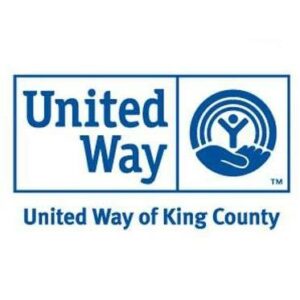 Capossela joins a distinguished list of Microsoft executives to lead the fundraising drive for United Way in the Seattle area. Jeff Raikes, the former head of Microsoft Office and ex-Bill and Melinda Gates Foundation CEO, and Tricia Raikes, a former marketing director at Microsoft, did it in 2006-2007. Current Microsoft President Brad Smith and his wife, attorney Kathy Surace-Smith, took the reins for the 2010-2011 campaign.

Capossela and Toner will succeed GeekWire Chairman Jonathan Sposato and his wife Heather Lowenthal — also Microsoft alumni — who were the previous leaders of the annual fundraising campaign, which kicked off this year on July 1.

Capossela, who joined Microsoft in 1991, said more than 1,300 Microsoft workers are involved in United Way’s Emerging Leaders program, which connects young professionals in the area.

Earlier this year, Microsoft pledged $500 million to address affordable housing and homelessness issues in the Seattle region. Part of that plan includes $5 million for a United Way program called Home Base, which helps people struggling to pay rent avoid eviction and homelessness.

Capossela and Toner set a fundraising goal of $41 million for this year’s campaign, topping the $36 million raised last year. Both are passionate about education; Toner serves on the Board of Trustees at Seattle Girls’ School.

We caught up with Capossela and Toner to learn more about their new roles with UWKC.

GeekWire: Why did you decide to take on this role?

Chris Capossela: There is no single way to support people who are the most in need. But as Leigh and I were making the decision about where we could have the most impact, we felt strongly that a community-led approach is the most effective way to solve our region’s challenges, which is exactly what United Way of King County delivers. It’s impressive how the organization links programs together to provide both direct services and holistic systems to address our region’s most pressing issues. They’re walking alongside people in difficult situations to provide relief.

We strongly believe in UWKC’s commitment to build a community where families are financially stable, all students receive quality education, and homelessness is effectively eliminated.

And on top of that, UWKC is one of the best organizations, with the highest return on dollars, to make a positive impact. On average, 95 cents of every dollar you donate goes to helping build a stronger community. That’s possible thanks to a generous endowment from the Bill and Melinda Gates Foundation that offsets UWKC’s operating costs.

Leigh Toner: We strongly believe in UWKC’s commitment to build a community where families are financially stable, all students receive quality education, and homelessness is effectively eliminated. The work UWKC is doing to help students graduate is especially moving. We know poverty makes staying in school very challenging, especially at community colleges where more than half of the students are low-income.

UWKC is directly tackling that problem by expanding its Bridge to Finish program, which helps students get the services and support they need to complete their education and launch successful careers. The initiative directly targets a population of people who come from underserved groups, including first-generation students, students of color, and working parents, to ensure they have the support they need. The program started in 2017 on four campuses and supported 400 students. Today, they’re on nine campuses, and our goal this year is to help 4,000 students graduate. We feel honored to help propel this program and more with fundraising this year.

GeekWire: What are your biggest goals?

Chris Capossela: Over the last fundraising year, UWKC raised more than $36 million. Our goal is to keep that momentum going and raise $41 million over the next year.

Leigh Toner: Ultimately, we’re all part of the same community and we want to bring neighbors together to give, volunteer, and take action to help vulnerable and underserved populations in King County.

GeekWire: What role can tech companies and employees play in helping tackle the region’s most pressing issues?

Chris Capossela: We all have a responsibility to improve our local community. Looking specifically at Microsoft, the company’s contribution to UWKC has been substantial. Earlier this year, the company announced it’s making a $500 million commitment to support affordable housing efforts in the region. $5 million of that investment is going to a UWKC program called Home Base, which helps people who are struggling to pay rent avoid eviction and homelessness. This is crucial because right now 40% of Americans can’t cover a $400 emergency expense – meaning the threat of eviction can be just one paycheck away.

We want to remind everyone that there are so many ways you can give back, including donating your money and time to those in need. For people in their 20s or 30s, we recommend checking out the Emerging Leaders program, which connects thousands of young professionals from across the area to share their ideas and passion for helping others. There’s also an opportunity to support UWKC financially through the Emerging Leaders 365 group, where members give at least $1 a day for a whole year. We currently have 1,300 Microsoft employees involved in the Emerging Leaders program—and we’d love to see that number keep growing both from Microsoft and across the region.

Leigh Toner: Anyone can give back, and there are so many opportunities to do so right in your neighborhood. This month, we’ll celebrate Day of Caring – the largest volunteer event in Washington state. Last year, more than 10,500 volunteers participated, which adds up to more than $1 million worth of volunteer labor. The work doesn’t stop there though, and there are volunteer events happening all year where you can give back. UWKC’s website has a section where you can search for volunteer events by zip code, so you don’t have to look far to help.