The new public-private program is designed to support startups developing blockchain products for businesses. R/GA Ventures, the investment arm of R/GA, an international advertising and marketing firm under the Interpublic Group of Companies umbrella, operates the studio, which is based at R/GA Portland’s Pearl District office.

The six participating companies aim to take advantage of blockchain technology and work in a variety of industries including healthcare, finance, education, and more. Here are the startups, with descriptions from each:

Venture capital investment in blockchain-related companies has significantly declined this year, with a projected $1.6 billion invested across 454 deals. But CB Insights reported that Facebook’s Libra announcement and recent corporate interest — such as R/GA’s studio — “have given the space a second wind.” 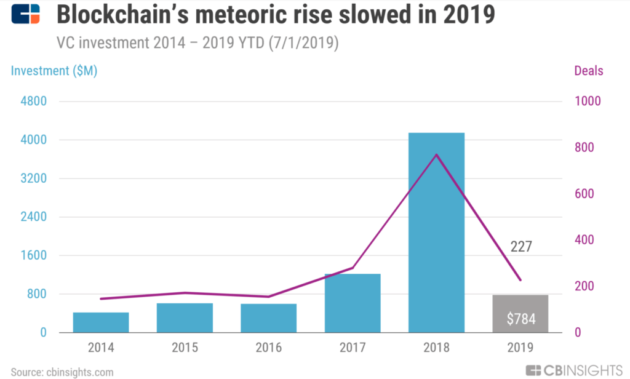 “Over the last few years, we have seen blockchain technology evolve from early and sometimes experimental uses to increased adoption at the enterprise level,” Stephen Plumlee, vice chairman of R/GA and managing partner of R/GA Ventures, said in a statement. “We look forward to working with our industry-leading partners and with these innovative startups to refine and implement new enterprise blockchain platforms and applications that have the potential to substantially impact multiple verticals.”

Technologists and government officials are working to make the Pacific Northwest a blockchain hub. In March, the Cascadia Blockchain Council launched to give blockchain organizations a unified voice around public policy and marketing, as well as to create community and share resources.