Kathleen Hoza had a curiosity about Curiosity.

During an internship at NASA’s Jet Propulsion Laboratory, working on the engineering operations team for Curiosity, Hoza was always intrigued by the science being done by the Mars exploration rover. So when the opportunity arose to continue working with Curiosity — but transition to the science operations team through a geology graduate program at Western Washington University — she jumped at the chance.

Now, our latest Geek of the Week is using her skills as a systems engineer with First Mode in Seattle where she’s working on projects ranging from planetary science missions to mining ventures.

“As a systems engineer with a geology and planetary science background, I am passionate about using engineering innovations to expand the frontiers of human knowledge both on and off the planet,” said Hoza, who studied aerospace engineering at MIT.

Hoza said that seeing the joy around the successful landing of Curiosity on Mars in 2012, during her first internship at NASA, was a formative experience. Troubleshooting electrical issues in the rover’s drill during her time at JPL was fun and most recently, diving into the rover’s geological findings, she saw the flip side of working with the mission.

“That robot’s been part of my life for quite a while now, and it will always be a very special one to me,” Hoza said.

I believe that knowledge is fundamentally good, and I am motivated by a desire to be part of the human journey toward a deeper understanding of all aspects of the world around us.

But Hoza has “very mixed feelings” when it comes to human space exploration. She can see that the idea of traveling into space has been inspiring to many people and has motivated countless kids to become interested in science. And having human researchers’ boots on the extraterrestrial ground can lead to very far-reaching advances in planetary science.

“However, human spaceflight is also highly resource-intensive, and I suspect those resources could be more impactful if they were spent on robotic missions to places nearly impossible for humans to visit (at least with current technology),” Hoza said. “Probably also relevant is that I don’t feel very invested in preserving the human race, and am OK with risking the scenario where we’re all wiped out by a giant meteor impact. Just like I see every individual human death as both a tragedy and a cause for joy, I am ready to accept the eventual death of humanity as a species as part of the bigger plan as well.”

Learn more about this week’s Geek of the Week, Kathleen Hoza:

What do you do, and why do you do it? Many of us at First Mode have our roots in the space industry. We use the skills we developed for space to tackle complex systems engineering problems both on and off the Earth. These projects range from collaborations with NASA on planetary science missions like Psyche and Europa to developing new, sustainable technologies that help mining companies on Earth be both more productive and more environmentally-friendly.

I believe that knowledge is fundamentally good, and I am motivated by a desire to be part of the human journey toward a deeper understanding of all aspects of the world around us.

What’s the single most important thing people should know about your field? Complex systems don’t always change gradually. More often, they go through what is called punctuated equilibrium. This means that they will experience long periods of apparent stability interrupted by periods of sudden change. For example, Earth has had a relatively stable, mild climate throughout human history, with ice sheets remaining above around 45 degrees or so even during ice ages. However, climate models tell us that if ice sheets were to extend much closer to the equator, the large area of white, reflective surface would reflect such a high percentage of incident sunlight back out to space that the planet would quickly cool even further. This would lead to the formation of even more heat-reflecting glaciers, and as the positive feedback cycle continued the entire planet would be encased in a layer of solid ice. As surprising as it may seem, the geologic record tells us that this scenario did likely happen at least once in Earth’s history.

RELATED: First Mode celebrates first steps in space exploration — and looks ahead to the moon

One key takeaway from these observations is that with complex systems, we can’t just wait for them to start to fail and assume we’ll be able to fix the problem afterward. Often by the time we see the effects of a problem it’s too late. Instead, we need to develop a fundamental understanding of how pieces fit together and interact so we can head off problems before we’ve already crossed a threshold and tipped the system out of equilibrium.

Where do you find your inspiration? My inspiration comes from a deeply held belief that the natural world around us is inherently beautiful and inherently good. I believe this goodness of creation reflects a good Creator, and I believe that whenever we learn something new about the universe, whether regarding granite formation on Venus or platinum concentration in South African ore, we learn something new about God. To me, the universe is a cathedral and science and engineering are a form of prayer.

What’s your workspace like, and why does it work for you? To me, a good workspace has more to do with what’s going on inside my head than it does with the outside environment. I try to keep a good mental workspace by being intentional about deciding which trains of thought to keep exploring, which to save for later, and which to permanently derail. Disclaimer: This isn’t actually my brain … 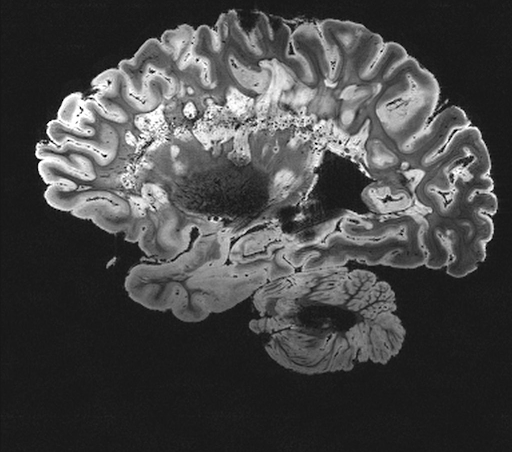 Your best tip or trick for managing everyday work and life. (Help us out, we need it.) Take the time to be grateful for the small things, the big things, and everything in between. No matter if it’s a great day or a rough one, there’s always more positive than negative in the world if we take the time to see it.

Transporter, Time Machine or Cloak of Invisibility? Transporter — think of all the exoplanets we could visit!! Although I’m also pretty curious about our own solar system a few billion years ago, so a time machine wouldn’t be bad either.

If someone gave me $1 million to launch a startup, I would … Start a company where I could collaborate with other space startups and NASA to explore questions relevant to solar system evolution and astrobiology while also using those same systems engineering processes to solve problems here on Earth… I’d probably want to call it First Mode, but that name’s taken.

I once waited in line for … My turn to touch a moon rock.

Your role models: I’ve always wanted to emulate my parents’ ability to teach and guide without ever discouraging freedom of thought. Now, I have another role model in my husband Tyler, along with his children Jackson and Leander. Learning to see the world more like the way a 5-year-old sees it would do most of us a lot of good, and I’m grateful to have them there to guide me.

Greatest game in history: I’d say diplomacy, but I’m not sure “game” is really the right word.

Current phone: My phone seems to have been eaten by this crazy miniature computer/camera/GPS/accelerometer/flashlight/I-don’t-know-what-else in my pocket. It does still make calls, though.

Favorite app: Sibley’s Guide to Birds! I feel the same sense of wonder exploring the outdoors of the PNW as I feel learning about Mars’ river channels or Venus’ atmosphere, and this app is great for getting to know some of our local feathered friends! It even has recordings of bird songs for most species!

Favorite cause: Broadening the reach of solar system exploration. Curiosity is my favorite robot, but I’d still really like to see a lot more focus on planets (and moons) other than Mars. There’s so much out there to explore, and we haven’t even scratched the surface on a lot of extremely promising worlds with very high potential for illuminating planetary evolution and astrobiology. Fortunately, there are some very exciting missions in the pipeline, for example Europa Clipper and Dragonfly, which will both explore icy moons in the outer solar system.

Most important technology of 2019: This was in 2018, but I was very excited about interplanetary CubeSats being demonstrated for the first time with MarCo A and B monitoring InSight’s entry, descent, and landing process. I think CubeSats have really opened up the door to much wider involvement in Earth-centered space science from universities and other relatively low-budget contributors, and I’m excited to see how MarCo A and B can set the stage for wider involvement in deep space missions as well.

Most important technology of 2021: The next Mars rover has a small reconnaissance helicopter onboard that will be the first interplanetary rotorcraft when it flies in 2021. This is exciting by itself, but can also be seen as a precursor to a 450 kg rotorcraft mission to Saturn’s moon Titan scheduled to launch in 2026. This mission, called Dragonfly, will explore the complex processes that shape Titan’s surface and atmosphere, and has the potential to redefine what we think of as habitable as it investigates the extremely cold but still liquid-rich environment of the moon’s surface.

Final words of advice for your fellow geeks: Never lose your sense of wonder and awe, and always continue to find joy in the universe.