As Uber prepares to go public on Friday, the transportation giant also this week is gearing up to open new space at its growing Seattle engineering outpost.

GeekWire on Thursday got a sneak peek inside Uber’s eighth floor at the Second and Seneca Building in downtown Seattle. The company also occupies the 12th, 14th, and part of the 6th floor at the building, and is looking at expanding to two additional floors. Uber inked a 10-year lease last year. It now has 450 employees in Seattle, up from 350 eight months ago, and is aiming to reach 750 people by the end of 2019.

Seattle is home to one of Uber’s largest offices worldwide outside of its San Francisco HQ. Uber is one of more than 100 out-of-town tech companies that have established offices in the talent-rich Seattle region. 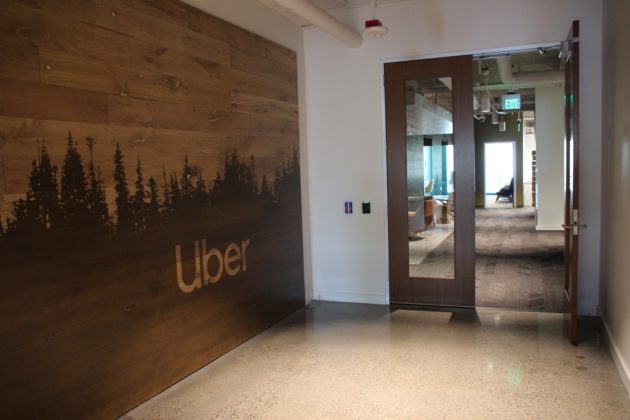 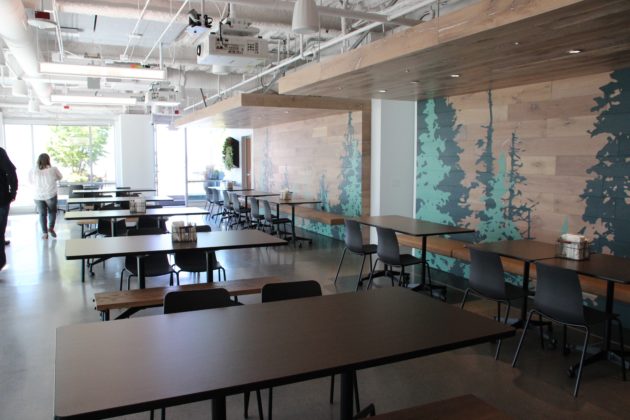 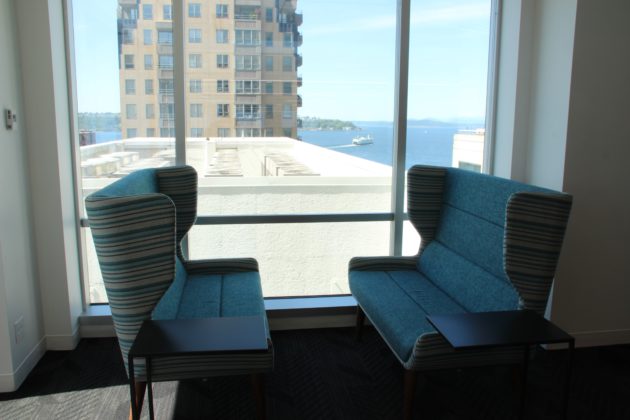 Sprinkles of the Pacific Northwest are spread across the new floor, from the fir tree art on wood paneling to the conference rooms named after local islands. Large windows allow for plenty of natural light into the open office space, while small rooms and quirky phone booths give workers more privacy when needed. 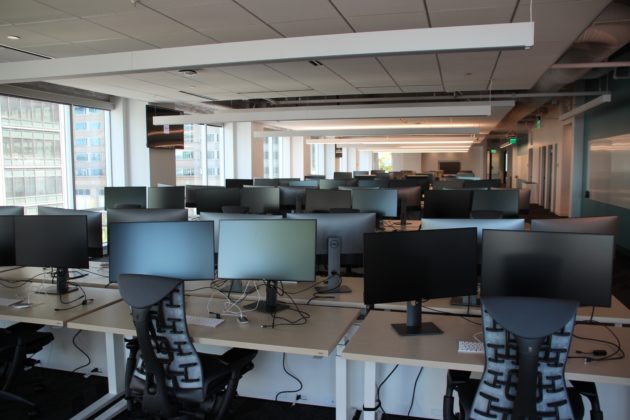 Engineers at the 4-year-old Seattle office work on a variety of technologies ranging from driver compliance to fleet management to airport logistics. There are also business operations employees and corporate teams based in Seattle, though engineering-related roles make up most of the workforce. 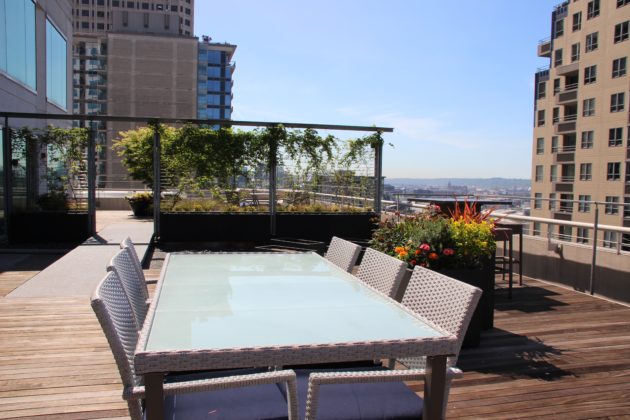 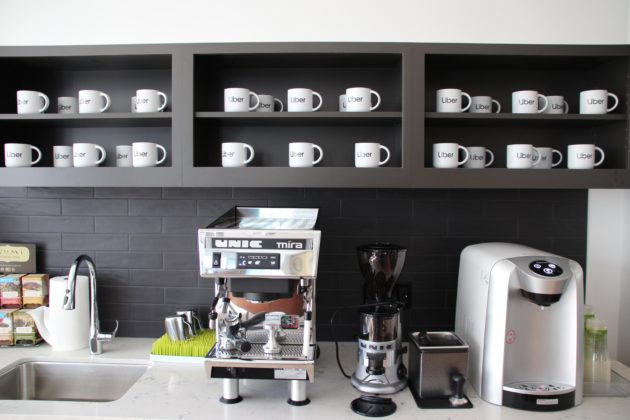 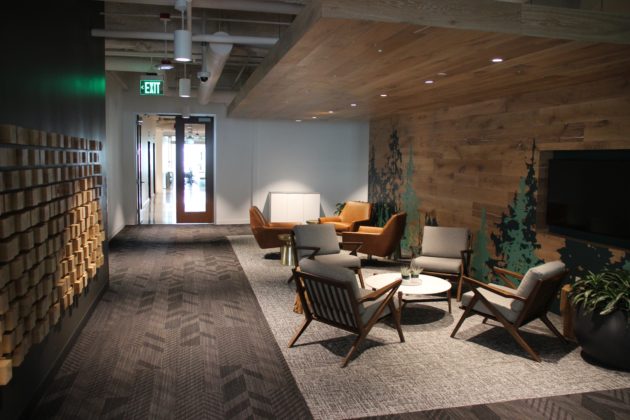 Marcus Womack joined Uber in late 2017 and is the head of the Seattle office; he was formerly an executive at Seattle-based police body camera maker Axon. Alejandro Chouza, Uber’s Pacific Northwest leader, is also based at the office. Chouza previously led Uber’s operations in Northwest Mexico and replaced longtime general manager Brooke Steger in 2017. 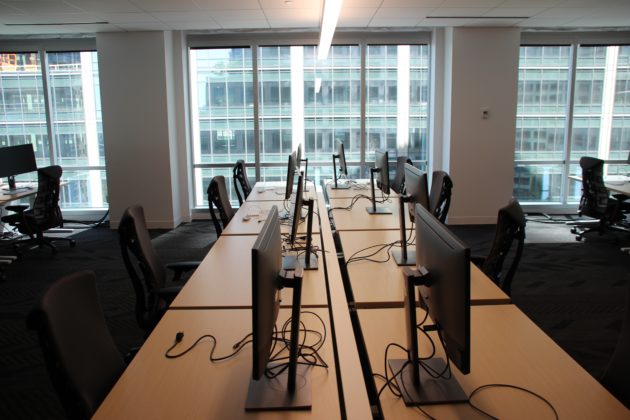 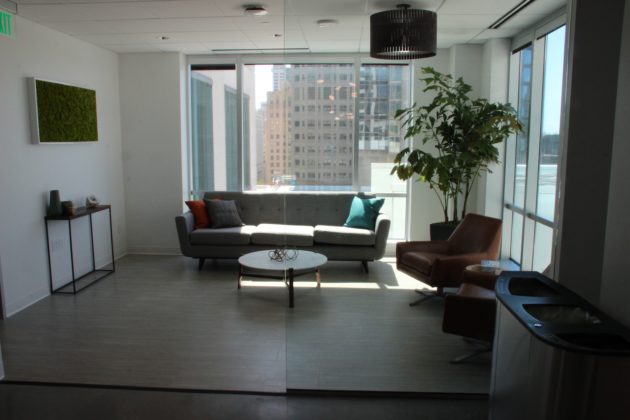 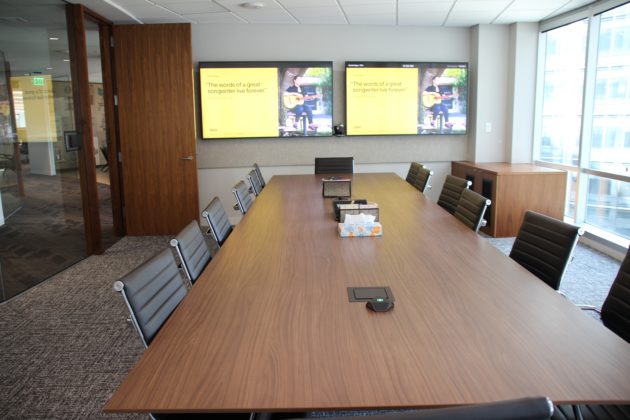 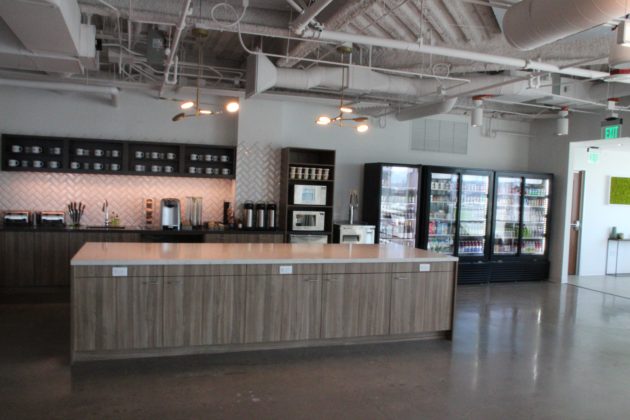