In the late 1990s, Barry Luke responded to a house call in Gainesville, Fla. The firefighter and his partner went to the back of the house, where a leaking liquefied petroleum gas tank was shooting flames 30 feet into the air. Luke tried to call for backup help on his radio — to no avail.

“We needed immediate support and our radios didn’t work because we didn’t realize that the back of the house was down the slope off the street level where there was no radio coverage,” Luke said. 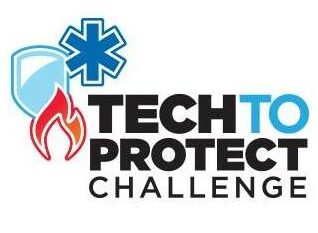 Finding solutions to dangerous situations such as Luke’s dilemma was the focus of a weekend long codeathon in Seattle, part of a national effort to innovate tech solutions to the needs of first responders.

More than 20 coders spent a sunny Seattle weekend inside Amazon’s Doppler Building in an effort to win cash prizes — and help first responders save lives — at the Emerald City edition of the Tech to Protect Challenge.

Sponsored by the U.S. Department of Commerce’s National Institute of Standards and Technology, the contest will ultimately distribute up to $2.2 million in prizes across in-person codeathons that wrapped this weekend in ten U.S. cities, an ongoing online contest, and a national contest in spring 2020 designed to commercialize the most promising ideas.

Luke, a retired deputy fire chief, served as one of the judges. He helped pick a winner in a contest to develop a coverage map that would provide firefighters with detailed information about where their communications equipment will not work — just like his experience at the Gainesville fire.

“I’ve had several instances in my career where I’ve stepped into radio holes I didn’t know about,” Luke said. “One of the solutions discussed today would actually tell us that information prior to us even climbing out of our firetruck.”

Luke was particularly adamant about the need for such a coverage map in fighting wildland fires such as the ones currently raging in California, where in rugged terrain a single hill can mean the difference between staying in essential contact with fellow firefighters or being cut off from communication.

“That’s an unacceptable safety risk for a firefighter to enter an area where they know they will be without any type of communication,” Luke said.

The coders in Seattle tackled five of the 10 different challenges that Tech to Protect has outlined. In addition to the coverage mapping, contestants created apps and software that offer push-to-talk communication mimicking a traditional walkie-talkie; the ability to triage patients in the event of a mass casualty; image tampering and manipulation detection; and network diagnostic tools for broadband systems that can be deployed in an emergency.

Such innovations are long overdue for first responders, said Bill Schrier, Seattle’s former chief information officer. “Up until about 1998, first responder technology was ahead of what everybody else was using,” Schrier told GeekWire.

Now those kinds of tools are no longer ahead of the curve as widely-used technology with more features and capacity has outpaced the specialized equipment available to cops, firefighters, and EMTs. “First responder tech is behind the times because of the iPhone,” Schrier said.

Catching up is a challenge because of the smaller market for first responder solutions. There are 5 million first responders in the U.S. versus a national population of some 330 million who might download an app. “The app ecosystem doesn’t exist for them,” Schrier said.

Consequently, the Tech to Protect organizers are leveraging their federal investment in the prize money to make such public-safety-oriented tech products more attractive to software developers.

Law enforcement should be a heavy user of smartphones and new first responders are digital natives who grew up with cell phones — they want this technology.

The hurdles are not just technology needs without a sufficient market, however. As Schrier points out, the public sector also needs to invest. In 2012, Congress created FirstNet, which allocated the 20MHz radio spectrum for public safety. Before that, first responders had the same priority on mobile networks as the general public. If a major incident broke out at a heavily-attended event such as Seafair or Bumbershoot, an overloaded cell network would render phones useless as a communications tool for police, firefighters, and EMTs.

That’s if first responders even have cell phones. Many departments still do not issue them either due to lack of resources, security concerns, or other legal issues like privacy, which may inhibit law enforcement from, say, recording a witness statement digitally on a smartphone as opposed to writing it down in a notebook by longhand.

“Law enforcement should be a heavy user of smartphones and new first responders are digital natives who grew up with cell phones — they want this technology,” Schrier said.

Scott Chaplinski, a master’s student at the Illinois Institute of Technology, heard plenty of that perspective firsthand when local first responders spoke to him and his fellow contestants to describe the real-world implications of the challenges they were about to dissect over the weekend.

“After talking to first responders and subject matter experts, I came to realize that it would be foolish to think I am only building applications for people like me,” said Chaplinski, who will be taking $1,000 in prize money back home to Chicago for his development of a prototype push-to-talk app. “I’m potentially giving back to people who I don’t necessarily consider every day but they are the first people come to mind in an emergency.”

While Chaplinski, a full-stack web developer, was not sure the weekend codeathon convinced him that public safety would be the focus of his future career, he wasn’t going to rule it out, either.

Schrier, meanwhile, is bullish that the constellation of Seattle-area technology talent in areas including cloud computing, artificial intelligence, social media, and voice assistants will produce the tools that will save future lives.

“Think about a medic working on somebody flat on their back,” Schrier said. “That medic needs both of their hands — that’s where voice assistance can become pretty powerful.”