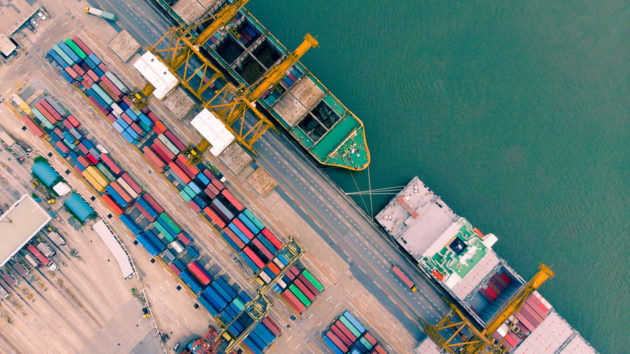 Flexport has arrived in Seattle.

The fast-growing shipping and logistics startup that just raised a massive $1 billion investment round led by SoftBank today opened a new office in Seattle. It’s the company’s 12th location and will help provide better support for hundreds of Pacific Northwest shippers that use Flexport to move freight.

The downtown Seattle office, the company’s sixth U.S. outpost, will employ about a dozen employees, with plans to grow. It will house engineers, salespeople, and other roles. Flexport is the latest out-of-town tech company to establish a Seattle presence.

“Seattle’s rich logistics history combined with its strong talent make it the ideal location for our newest office,” Flexport CEO Ryan Petersen said in a statement. Petersen added that Seattle is important to the company’s vision of becoming the largest shipper from Asia to the U.S.

Flexport launched in 2013 out of San Francisco, where its headquarters is located. The company aims to disrupt traditional freight forwarding companies with a digital-first approach. It offers services including ocean, air, truck and rail freight, drayage and cartage, warehousing, customs and compliance, financing and insurance, and more.

More than just technology, the Operating System for Global Trade is a strategic operating model for global freight forwarding that combines technology and analytics, logistics infrastructure, and hands-on supply chain expertise. It’s all facilitated and delivered via our highly-available and secure cloud software platform. By bringing together everyone – importers, exporters, ocean carriers, airlines, warehouses, trucking companies, and customs brokerages – on one platform to structure all the data required to conduct global trade, Flexport and the OS for Global Trade give businesses what they’ve never had before with their freight forwarders: deep visibility and control from origin to destination, fast and reliable transit times, and low and predictable supply chain costs.

Flexport has nearly 10,000 clients and suppliers across more than 100 countries. The company doubled top-line revenue to nearly $500 million last year and employees nearly 1,000 people. It estimates that the global freight forwarding industry is worth $2 trillion. The startup was valued at $3.2 billion after its latest investment, according to Forbes.

Flexport joins a Seattle market that includes another high-flying logistics startup, Convoy, which has its HQ in Seattle.