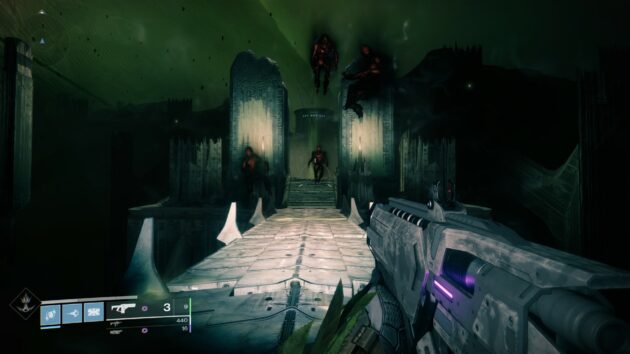 Destiny 2’s new expansion, Shadowkeep, is a surprisingly good pick for a Halloween game. It’s still Destiny 2, so you’re still blowing away invading aliens by the half-dozen with giant guns to a blaring metal soundtrack, but the quieter moments are when it gets creepy.

Shadowkeep is set mostly underground, in the bizarre inhuman catacombs below the surface of Earth’s ruined moon, as you explore in search of information and artifacts. You’re surrounded by accusing ghosts and drifting ectoplasm, as you pursue a series of missions that require you to track down and kill the nightmare reincarnations of several of Destiny’s worst, deadest antagonists. Your one major ally in this is a blind woman who seems to be A) constantly weeping blood and B) tormented by the visible specters of her fallen friends.

It takes a lot to create an atmosphere of slowly building dread when your player character is a six-foot undead killing machine armed with a rocket launcher, but in its solo content, Shadowkeep actually manages to pull that off occasionally.

Shadowkeep is the fourth expansion for Destiny 2, and the first to be published by the newly-independent Bungie. It launched on Oct. 1 on PlayStation 4, Xbox One, and Steam, alongside a new feature called New Light.

Thanks to New Light, this is about as close to a pure jumping-on point for Destiny 2 as you’re ever going to get. The idea is to provide a brand-new player with a quick boost up the ranks, so you can go right to playing with your friends without having to slowly grind your way up from scratch. A New Light character is placed into a 20-minute introductory scenario, then dropped off in friendly territory with enough weapons and gear to start on the newest challenges.

It is kind of funny when you think about it, though. Shadowkeep’s story draws heavily on the continuity of the Destiny series, particularly the events of the first game’s Dark Below expansion from 2014. It’s odd to debut the newbie-friendly boost system alongside the lore-nerd bonanza that is Shadowkeep. You can go right from New Light to Shadowkeep if you want, but unless you did some reading beforehand, it feels a lot like you’re starting a trilogy with the third book. 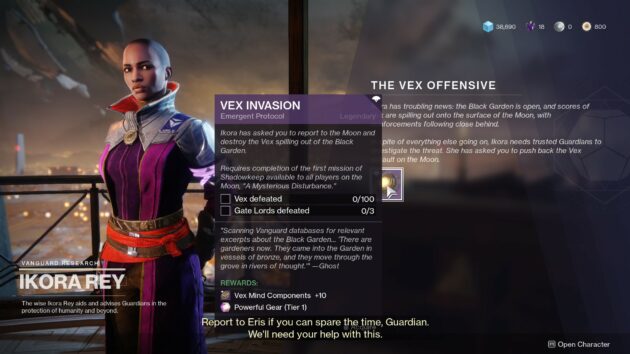 I can say that with some authority, because this week has effectively been my introduction to Destiny 2, and to the series as a whole. I’d never gotten very far into either game before now, but I decided to give it a shot with New Light, as Bungie’s having an interesting year.

Bungie, based in Bellevue, Wash., announced early this year that it would take over publishing duties on Destiny 2 from its former partner, Activision Blizzard. Five months later, in June, it laid down a brand-new development road map for the game, including streamlining its content, rearranging its design priorities, and moving away from the multi-platform grab-bag of different versions that had characterized Destiny 2 up to that point.

Right now, you can download the base Destiny 2 game for free and play it for as long as you like without a subscription. It also comes with content from the first two expansions, Curse of Osiris and Warmind, baked in. Last year’s expansion Forsaken and Shadowkeep are still paid content, however.

Even without them, however, that’s still quite a lot. When you get dropped off at the Tower following the New Light scenario, as a brand-new Guardian, the entire world of Destiny 2 is a nested procession of quest markers, vendors, currencies, destinations, and possibilities. You can embark on a New Light-specific quest series that’s designed to send you all over the solar system, touching base with major NPCs and getting a handle on everything that’s available for you to do, or ignore it all in favor of randomly rocketing around on your own.

As you accomplish things – shooting aliens, finding treasures, doing multiplayer content – you gradually level up your seasonal rank, which also unlocks more planetary destinations for a New Light character. This is a situation in which it pays to be methodical, as it’s easy to end up with several dozen quests, twice as many bounty missions, a dozen different currencies, and a crippling case of option paralysis. 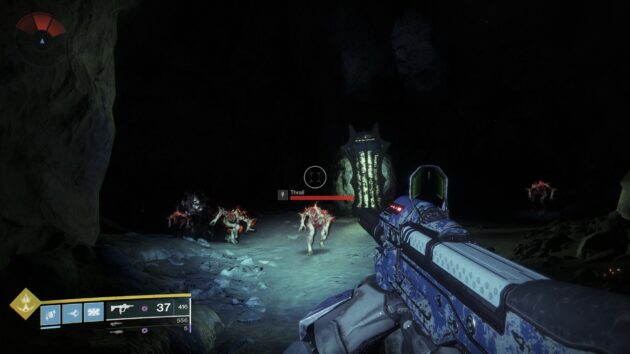 That isn’t really a criticism, of course. Destiny 2 is two years old and four expansions deep at this point. Like any other MMO, you’re “supposed” to start off simply and gradually work your way up to the more complicated endgame. New Light lets you jump straight to the last stage, where you’ll end up overloaded unless you’re careful. You’ll do best to follow the New Light quest series and play through a couple of expansions’ story content just to get your feet under you.

That content being free, though, is hard to get over. The rumor late last year was that Activision, as Destiny 2’s publisher, was planning to take steps to make the game more profitable, which was probably going to mean loot boxes. Destiny 2, as published by Bungie, feels a lot more consumer-driven than it did before; there’s exactly one version of the game for every available platform (as opposed to before, when every edition of Destiny 2 had a couple of platform-specific bells and whistles), you get a lot of the game for free, there’s a single unobtrusive cash shop in the game’s central hub, and you don’t need a subscription to play it. Destiny 2 is easily one of the best deals in video games right now if you enjoy the central gameplay. 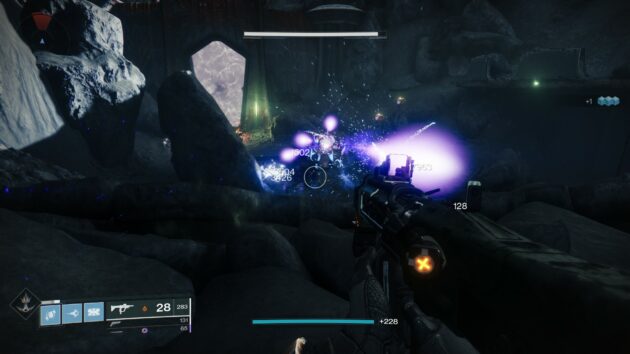 That gameplay is … well, it’s Bungie making a first-person shooter, with all that implies. When Bungie is firing on all cylinders – the level design, the soundtrack, the feel of your weapons, the challenge and amount of the enemies, the plot and dialogue that explains why you’re fighting these guys to begin with – it’s easily the best developer in the FPS space today. When everything goes right, there’s a certain ineffable feel to Destiny 2’s combat, much as there was when you played the early Halo games in co-op mode, that’s well beyond its competitors. It just flows well. The early Halo games didn’t reshape the first-person shooter genre by accident.

Destiny 2 is a fairly naked treadmill, however. The game is a textbook “shoot ‘n’ loot,” where you engage in content for a chance to get better weapons and armor, which you use to take on more challenging levels, in order to get better weapons and armor. Along the way, you accumulate a golf bag full of various weapons, most of which are random drops, so you may end up using the kinds of guns that you dislike because they happen to be the highest-level guns you’ve found so far. It’s everything that’s vaguely obnoxious about gearing up in World of Warcraft, transposed into an admittedly entertaining first-person shooter.

I also have to say that the plot of Destiny has always struck me as strange. It’s all very overwrought and oddly generic, full of conspicuously neutral terms like the Light, the Darkness, the Traveler, the Collapse, and the Tower. It just about manages to pull it all off regardless, thanks to a hearty scoop of self-depreciation, but there’s a lot about the storyline of Destiny that sounds like somebody had to improvise the original plot bible in fifteen minutes before a meeting. 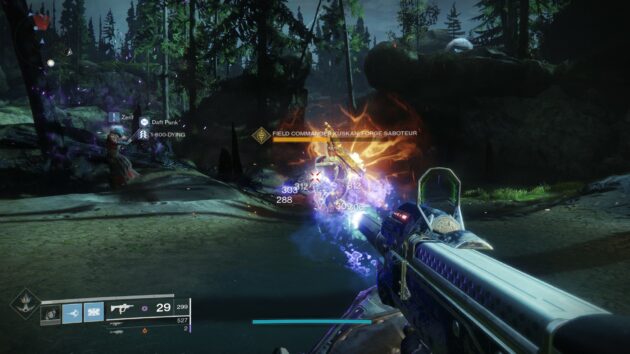 A week wasn’t enough to really evaluate it, though; these are more of a set of early impressions than an actual review. Destiny 2 is a sprawling, near-infinite game, with enough repeatable missions, player-vs-player maps, and pure content to keep anyone occupied for a long time to come. It’s a game that’s designed to be a lifestyle choice, with weekly updates and a robust community. For right now, though, it’s easily the best free game on the market, and Shadowkeep is an intense, creepy shooter with a lot of atmosphere and challenge.

It is going to be interesting to see how it develops. Bungie’s made a surprisingly large gamble here, in that Destiny 2 isn’t as heavily monetized as you’d expect. Without subscription fees or a cost for entry, Destiny 2 is relying upon a handful of in-game purchases, the strength of Forsaken and Shadowkeep, and the goodwill of its players to remain in the black. I’d imagine there are a lot of people watching intently to see if this blows up in Bungie’s face, and if it doesn’t, it could mark a sea change for how mainstream game publishers make, market, and profit from their games.

Bungie provided a code for the Digital Deluxe version of Destiny 2 for the purpose of this article.