At first glance, Heartbound looks like a nostalgia trip. Its Steam page describes it as a “non-traditional RPG,” with hand-drawn pixel-art graphics and a jazzy, catchy chiptune soundtrack, in the spirit of weird ‘90s 16-bit games like Secret of Mana, Illusion of Gaia, and Earthbound.

Once you actually play it, though, things get strange. Heartbound goes against the grain in a lot of ways, from the player’s path through its story to how it handles its UI to its development process. Whether you like it or not, it’ll give you a lot to think about, particularly if you’re at all interested in game design or production.

Heartbound is one of this year’s picks for the PAX 10, a curated list of ten new indie games that will be shown at the Penny Arcade Expo in Seattle. The team behind it, Pirate Software, consists of three people. Jason Thor Hall, designer, writer, and programmer, and Bradie Shaye Rehmel, artist and animator, are based in Washington state. The third, Stijn van Wakeren, is a composer and sound designer from the Netherlands, whose other projects include an upcoming 3D platform game called Here Comes Niko.

Hall has a long, behind-the-scenes history in both computer science and the video game industry. He holds three black badges from Def Con, the annual hackers’ conference in Las Vegas, and has worked in intrusive security testing – preemptively hacking computer systems to make them more resilient to intrusion – for both Blizzard Entertainment and the U.S. Department of Energy. Hall’s other projects include Champions of Breakfast, a game he made in 24 days as an experiment, and a first-person steampunk MMO he built inside Linden Labs’ Second Life.

Hall currently works full-time on his projects at Pirate Software, and unusually for an American game developer, livestreams most of it. Every day for about 10 hours, Hall and Rehmel go live on Twitch, talking with a small audience as they work on the art and code for both Heartbound and Pirate Software’s next project, a similarly genre-busting shooter set in the same universe called Kill the Moon. 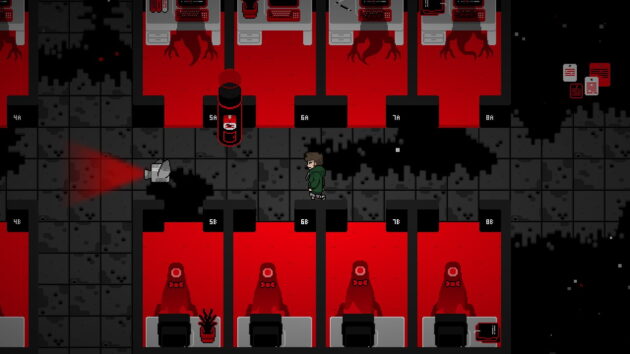 While Pirate Software’s Twitch channel doesn’t have a big subscriber count, it has enough of an audience that roughly 50 percent of the company’s income comes from “bits” on Twitch. Most indie games tend to get their production budget from one big crowdfunding payout, angel investors, interested publishers, or their developer’s other jobs. Heartbound being able to double its income via streaming donations, and become essentially self-supporting, is incredibly rare if not unique in modern game development.

Part of it, Hall argues, is because their content on the channel is creative rather than specifically gaming-related. “We’re in the top 0.68 percent of creative channels on Twitch currently,” he said. “I find that people are more interested in supporting creative channels monetarily than they are gaming channels. I’ve spoken to a few other gaming-related channels that are averaging 500 to 1,000 thousand viewers, and their average income is about the same as ours, when we average about 50 viewers.

“I think it’s really interesting that people are more inclined to support people who are making new stuff, rather than people who are just playing games,” he continued. “No one has really done a good deep dive on the monetization methods of streaming. They all talk about the largest numbers, but the largest numbers does not mean the most income. There needs to be more actual published research on that.” 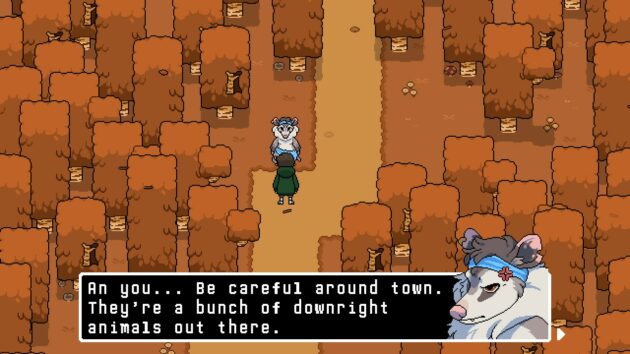 Heartbound began as a comic book Hall made in high school, and eventually became a side project he began to work on while at Blizzard. It’s built primarily in Game Maker Studio, with initial funding coming from a successful Kickstarter in 2017.

It puts you in the role of Lore, a kid with a bad home life, whose only friend is his dog Baron. When Baron disappears one night during a storm, Lore sets out to find him. As it turns out, however, Baron hasn’t just run off, but was taken. To find him, Lore sets out on a strange, increasingly metaphorical adventure through space and time.

Pinning down Heartbound’s actual genre is tougher than it looks. I can see the Secret of Mana and Earthbound influences, particularly the latter. Both games have a feel to them like you’re playing through a children’s story that takes some seriously dark turns, although Heartbound front-loads its darkness more than Earthbound ever did.

However, the gameplay of Heartbound reminds me more of the point-and-click adventures that LucasArts used to make in the ’90s. It’s got the same focus on unique characters and clever dialogue, with side jokes and fine details attached to every stray piece of the environment. Your challenges come from finding ways around obstacles and playing minigames, no two of which are alike (and one of which is a straight-up twitch shooter), rather than any of the stat-building or go-to combat mechanics that you’d expect from any kind of RPG.

In fact, Heartbound‘s systems are stripped to the quick, without a pause button or any sort of menu. Instead of an inventory screen, you can use save points to return to Lore’s bedroom, which slowly fills up as you go with the items that you’ve picked up along the way.

“I actually did that for two reasons,” Hall told me. “One is that I hate menus. I think menus are garbage 90 percent of the time in games. They really take you out of the experience. Two, information density. You can take a screenshot of Lore’s bedroom and give it to another player, and they immediately know what you’ve done in your game. If somebody sees something in your screenshot that they don’t have, then they can go and look it up, or search in-game to find it.” 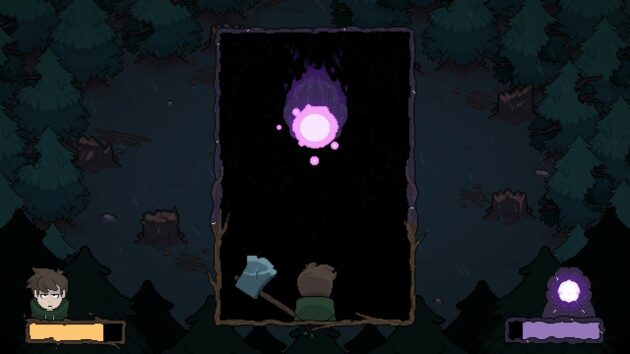 It’s easy to run into situations like that in Heartbound, as different players will often end up with wholly different experiences. On a first run, it can feel a little linear, and being in Early Access only gets you the first couple of hours of the game, but there’s a lot packed into it in ways you won’t expect.

Like a lot of modern games, the way Heartbound plays out is built around the choices that you make while you’re playing it. Here, however, you often aren’t told that you’re making those choices. Many of the big decisions that shape your game are invisible, well-hidden, or initially seem irrelevant, like how thoroughly you explore a crowded room. A couple require you to deliberately try to fail or work around what seem like major story objectives. One of the first big story branches is about five minutes in, and I didn’t realize that it had been a choice at all until I looked at the game’s achievement guide on Steam.

Speaking of achievements, Heartbound’s are as weird as everything else about the game. A couple of them require the player to input codes that the game’s community had to play an alternate-reality game to discover, one involves editing your own save file in Notepad, and one requires you to beat the first real fight in the game without taking a hit, picking up your first weapon, or even getting dressed first.

“So Heartbound has achievements that you actually achieve,” he said. “Less than 0.3 percent of the community has the achievement for beating the first boss without getting hit, but people have it, and the ones who do feel very proud about it. You wouldn’t feel the same way about it if it was easy to obtain. It’d feel like a time sink, rather than something you had to strive for. I don’t want that.” 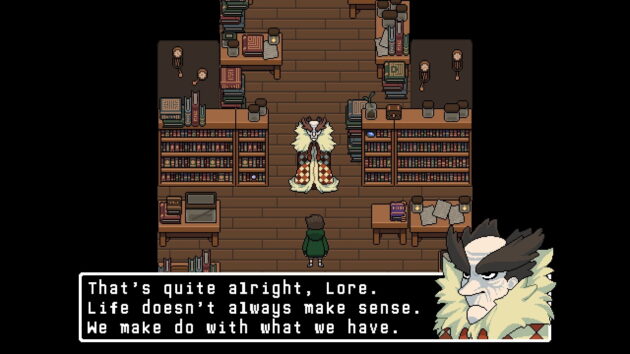 Hall estimates that the next chapter of Heartbound is roughly 87 percent done, with new, potentially unstable versions of the game going live every Sunday.

Pirate Software will have a booth on the PAX West show floor on the weekend of August 30 in Seattle. Heartbound is currently available for $10 via Steam Early Access, Itch.io, and GameJolt.