Seattle startup studio Pioneer Square Labs has spun out another company — its fourth this year — using the increasingly popular strategy of applying machine learning technology to problems in an established industry.

What Attunely does: When a company does not receive payment from a consumer, they hire collection agencies to recover the revenue. Attunley gives those agencies tools that identify which debtors are most likely able to pay, as well as a recommendation for how to best communicate with the consumer. It does this by ingesting data related to debt records and consumer interaction history, in addition to other information such as macroeconomic trends, to produce a score. The software also automatically helps customers stay compliant with regulations.

“It’s a decision engine to help the third-party collection agencies use their resources more efficiently,” said Ferris, who described the market as a $1 trillion accounts receivable management industry with 4,000 collection agencies.

Traditionally, Ferris said these agencies use the same playbook for all debtors, regardless of their financial status or preferred communication method. Attunely wants to improve the experience for the agencies; the credit originators; and the end consumer. The company said its machine learning algorithm is based off of more than 100 million historical consumer interactions.

Competition: San Francisco-based TrueAccord is the closest competitor with a similar pitch and target market. The company has raised $34.5 million, according to Crunchbase. But Ferris said TrueAccord and a few others have chosen to use machine learning tech and act as their own third party collection agency.

Attunely instead sees itself as a partner that works with the incumbent collection agencies and as a platform to “help lift the industry and the whole ecosystem,” Ferris said. “We seem to be one of the first companies building a highly-scalable platform, whereas other tech companies are going after the agency business and are trying to be a new agency,” he added. 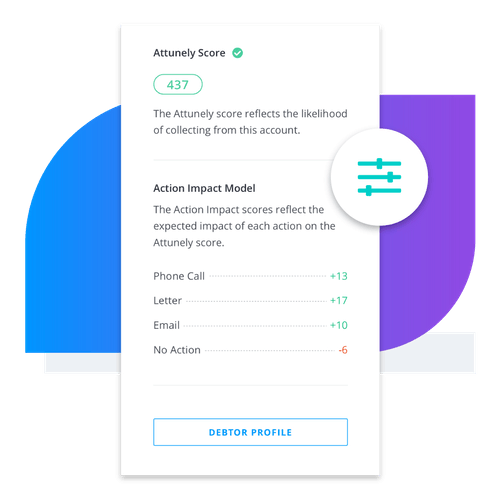 Customers: Attunely has more than 15 beta customers. It has been developing its technology for more than a year, incubating inside of PSL throughout 2018.

Founding team: Ferris was most recently corporate vice president of digital ventures for Starbucks and previously was an exec at aQuantive, the advertising network acquired by Microsoft for $6 billion in 2007. While there, Ferris met Mike Galgon, another ex-aQuantive executive who is now managing director at PSL. The other Attunely co-founders are CTO Ryan Kosai, who was previously CTO at PSL, and Trip Edwards, a former senior associate at PSL.

Another spinout: This is the fourth company to come out of Pioneer Square Labs so far this year. The studio launched in 2015, using the concept of rapidly testing and validating new ideas before recruiting an executive team to build out a spinoff company. It expanded last year, raising a $80 million venture fund for PSL Ventures, a separate entity from PSL Studio.

Recent PSL spinouts include NextStep Interactive, Gradient, Shujinko, Gemma Labs, Remarkably, and Sigma IQ. PSL Managing Director Geoff Entress told GeekWire that PSL will spin out six to eight companies this year, with the Ventures fund participating in their financings. The Ventures arm will make five or six new investments in companies not associated with the Studio, such as Sentinel Healthcare.