With a wave of nationalism sweeping the globe, Bill Gates contends that doing right by the country starts with helping the rest of the world.

Disengaging from the world, on the other hand, fuels economic instability and makes it tougher to stop the spread of global disease.

“There’s lots of reasons why that’s going to hurt you,” Gates said in an interview with GeekWire in advance of the Tuesday morning release of Bill and Melinda Gates’ 2019 annual letter from the Gates Foundation. The letter cites this “nationalist case for globalism” as one of ten things that surprised them.

“Bill and I love our country,” Melinda Gates writes in the letter. “We believe in what it stands for. We agree that our leaders have a duty to protect it. And for all of those reasons, we consider global engagement our patriotic duty,”

The letter doesn’t mention President Trump or others by name, but when asked in the interview what he would tell President Trump and U.S. Congressional leaders on this topic, Gates cited the value of past bipartisan aid efforts. He pointed in particular to George W. Bush starting PEPFAR, an HIV and AIDS relief program that has received more than $80 billion in funding to date; and the Global Fund to fight HIV/AIDS, tuberculosis, and malaria.

“The U.S. has been out in front, and 23 million people are alive today because of that generosity,” Gates said.

Gates, who has spoken with Trump multiple times in the past, noted that he hasn’t seen the president in “quite a while.” But he said he would want President Trump to go out and see the positive impact that these programs have had in places such as Africa, to help inform his thinking about the future of U.S. foreign aid.

Gates also cited comments from former Secretary of Defense James Mattis, who said that if the U.S. were to cut funding for the State Department and foreign aid, it would have to buy more ammunition.

“The aid budget isn’t 5 percent of the defense budget, and yet it does help with the same kind of aims,” Gates said.

Gates said current movements can work against this approach. “If people are disappointed in their government — they feel like it’s not respecting their values, or it’s not prioritizing them, or letting somebody else get a better deal than they get — that general negativity can lead to the government not being able to invest in these long-term issues.” 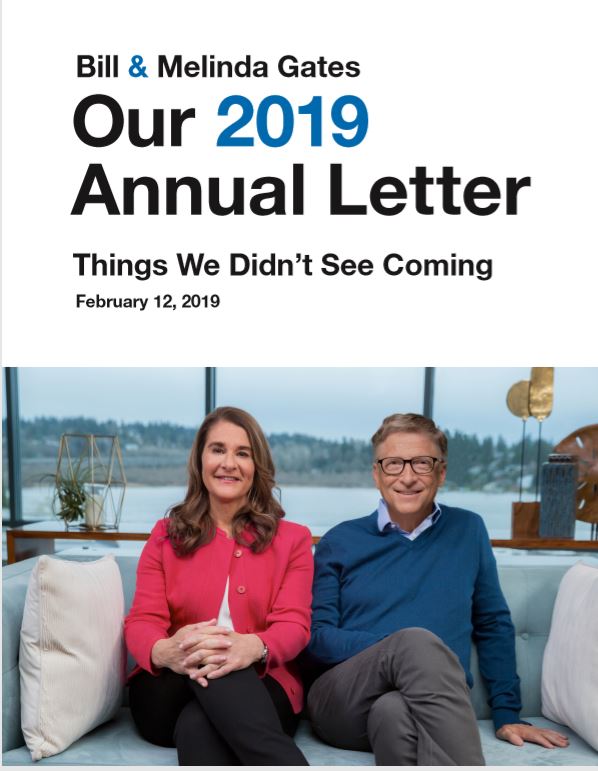 He cited “a wave of questioning” in the United States about engaging with the world. “Should we be in alliances with other countries like NATO? Should we, the U.S., take this leading role in helping make the world a very, very stable place? Or should we just say, ‘OK, that’s a waste of money. We won’t help out with those things’?”

There’s no question that keeping people healthy around the world protects citizens in the U.S., said James Pfeiffer, a professor of global health at the University of Washington in Seattle. “We can’t wall ourselves off from health and infectious diseases that will circulate in poor countries,” he said, adding that the goodwill created from such programs greatly improves the perception of the U.S. abroad.

But U.S. development aid has also been used for purposes that have little to do with improving people’s quality of life, said Jonathan Warren, a professor at the UW’s Henry M. Jackson School of International Studies. “Development aid has been used to advance ideologies around how economies should be structured,” he said. Occasionally, he said, that has led to “disastrous outcomes.”

In addition, Pfeiffer said U.S. aid often focuses too narrowly on single diseases, such as HIV, malaria or Ebola. Such efforts funnel money into non-governmental organizations rather than public health systems, which provide the bulk of day-to-day health care as well as the infrastructure needed to respond to outbreaks.

To be clear, the U.S. has not substantially pulled back on foreign aid under the current administration. Despite repeated calls from President Donald Trump to slash foreign aid, the budget for such programs has remained steady.

“Both times the White House threatened to make severe cuts to America’s foreign aid budget, some of the loudest voices of protest came from members of Congress and U.S. military leaders who argued that these investments are vital to protecting American interests,” Melinda Gates writes in the foundation’s letter.

Deployed properly, aid can help to bring about remarkable changes, Bill and Melinda Gates contend. In countries supported by the Global Fund, which the Gates Foundation supports, malaria deaths dropped 42 percent from 2000 to 2016.

Bill Gates concludes this section of the letter with an appeal. “At a time when new outrages seem to dominate the headlines every day, we want to keep reminding people that life is getting better for millions of people in the world’s poorest countries, thanks in part to smart investments in health,” he writes. “Even if you only care about the welfare of your fellow citizens, these investments are overwhelmingly smart things to do. Progress benefits everyone.”

Watch the video at top to hear Bill Gates discuss the subject in a recent interview with GeekWire. Photo: Kevin Lisota.