Amazon’s acquisition of video doorbell and security camera company Ring last year got lots of attention, thanks in part to the reported $1 billion price tag. But the tech giant in late 2017 also acquired another security camera startup, Blink, and this morning the company is unveiling its first new device since the acquisition.

The device uses what Amazon describes as Blink’s “exclusive new chip technology” to improve energy efficiency. This confirms a Reuters report from February 2018 that pointed to Blink’s energy-efficient processor technology as a primary reason for the acquisition, at a reported $90 million price tag. Blink was owned by Immedia Semiconductor, a maker of energy-efficient processors. The newly published product page identifies the CPU as “Immedia Proprietary – AC1002B, 4 cores / 200 MHz.”

Amazon is betting that extending battery life will be a key differentiator for its smart home devices. Although the chip is exclusive to Blink, for now, it’s not clear if that will change in the future. Asked by GeekWire whether the chip technology from Blink will ultimately be used in other Amazon devices, a spokesperson declined to comment on the company’s roadmap. 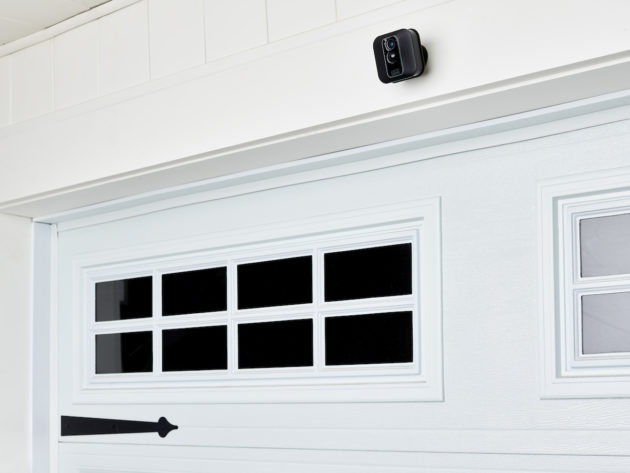 New features of the Blink XT2 include two-way talk and more precise motion detection. Blink XT2 also offers Alexa integration, including the ability to view a live stream from the camera via Alexa on an Echo Spot, Echo Show or Fire TV device. Amazon is competing against Google’s Nest and others to provide a platform for the smart home, and Blink is part of a larger effort by the company to build out the ecosystem of Alexa-enabled devices.

Although it’s not as inexpensive as some, such as the $25.99 camera from Seattle startup Wyze, the new Blink device is priced toward the lower end of the range for smart home security cameras. The Blink XT2 sells for $89.99 on its own, 25 percent less than the original Blink XT, and comes with free cloud storage. A Blink Sync Module is required for use, and a bundle that includes that module sells for $99.99. Two-, three- and five-camera bundles are also available. The device is scheduled to start shipping in the U.S. on May 22.

In addition to the Ring smart doorbells and cameras, Amazon offers its own Cloud Cam security camera, which sells for $119.99.

Blink, based in Andover, Mass., first surfaced in 2014 with a Kickstarter campaign for a wire-free camera that raised more than $1 million. Over the years, Blink released several more cameras and later began selling smart doorbells.