Would you pay $9 per month for a service that sends you text messages with ideas for things to do around your city, hand-picked by local experts? 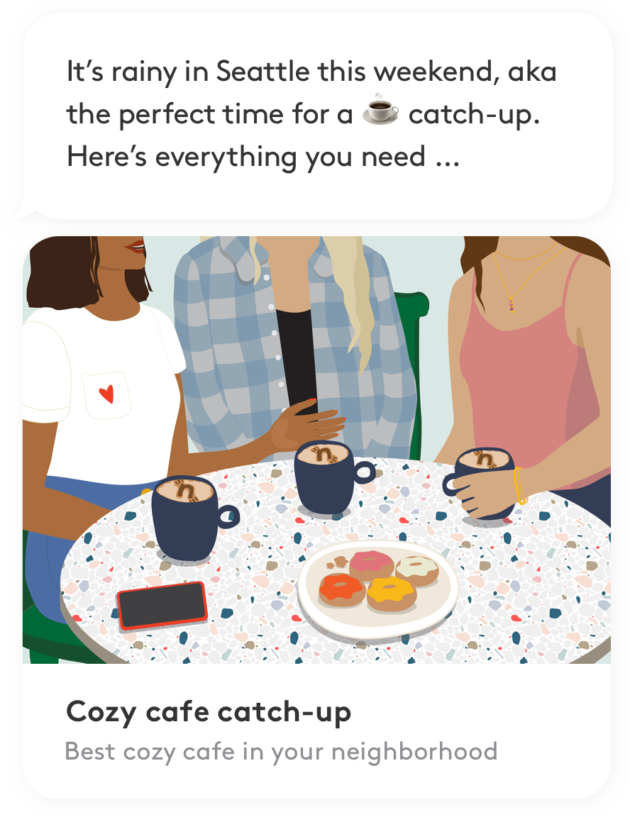 That’s the pitch from The Nudge, a San Francisco-based startup that expanded for the first time this week, bringing its SMS-based membership program to the Seattle area.

Founded last year by siblings John Peterson and Sarah Peterson, The Nudge sends its members three text messages per week — “Nudges” — that range from popular hikes to unique date ideas. The $9 monthly membership also includes discounts on local events, access to exclusive meetups, and special deals on other services and products such as yoga or outdoor apparel.

The idea is to help people find offline experiences, in particular younger users who are spending an increasing amount of time online. This trend has caused companies such as Apple and Instagram to implement screen-time management tools.

But are those users willing to pay for another monthly subscription, on top of other services such as Netflix or Spotify or Amazon Prime?

“We’ve found most millennials have a strong desire to make the best use of their free-time, however, they often don’t know where to start or don’t have the time to endlessly ‘Google’ cool things to do,” John Peterson, CEO of The Nudge, said in a statement. “We’re looking forward to taking the stress out of planning in Seattle and making it easy for people to explore their city.” 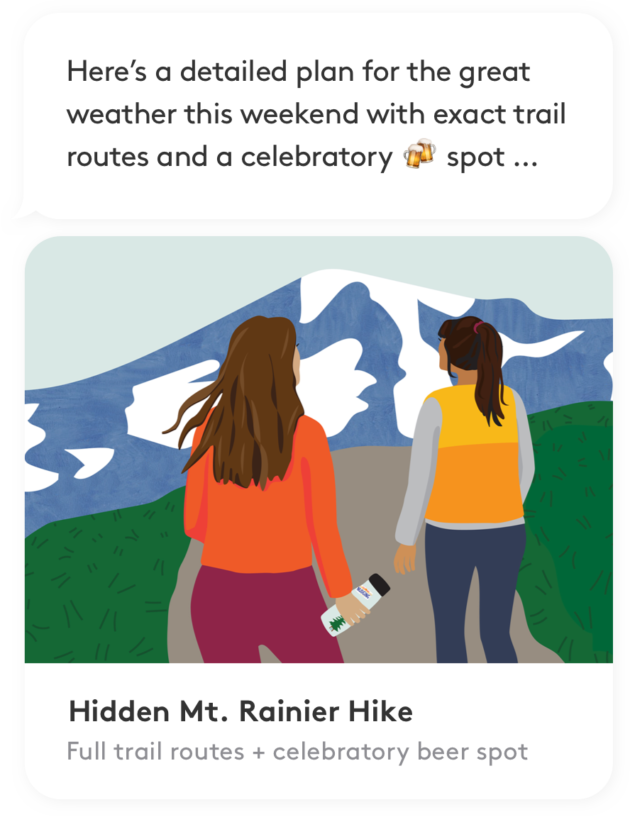 The Nudge picked traditional SMS messaging over an app or other communication mediums because it’s “insanely powerful at giving initiative,” said Sarah Peterson. Other startups have also found success using a similar text-based approach for communicating with customers.

“People will only give you the keys to that domain if they really love and need what you’re sending, and that’s where we are right now,” she told GeekWire.

This month, The Nudge partnered with Whole30 to create an SMS-based Whole30 virtual coach for one month. More than 4,000 people signed up for the $15 program.

The Nudge has more than 15,000 members in San Francisco. The company has raised $540,000 from investors such as NextView Ventures and Sequoia, and is looking to reel in more cash next month. It has five employees, including one person in Seattle.

“Our experience at NextView with other our investments that utilize SMS as a communications channel to reach consumers has shown us that the intimacy and immediacy of text messages delivers unparalleled deliberate attention and a call to action,” David Beisel, partner at NextView Ventures, wrote in a blog post from July. “In contrast, email doesn’t catch consumers or invite response like a simple text message does. Of course, value and trust is paramount with risk that an SMS could become too intrusive. But what if, with a mix of humor and trusted content, these instead messages become welcomed interruptions?”