Students in China who wish to study in the U.S. can often find the advanced vocabulary English tests to be the biggest hurdle. Yi Yang learned how to clear his using video games.

Yang is a software engineer by training, video game enthusiast and first-generation immigrant. He recently published a book on Amazon titled “World of Wordcraft: A Gamer’s Vocabulary Guide.” Written in Chinese, it’s a non-conventional vocabulary book that explores more than 500 English words commonly found in Graduate Record Examinations and explains them by relating to popular video games like “World of Warcraft.”

Yang, a software engineer at Google who also spent time at Microsoft, is GeekWire’s latest Geek of the Week.

“I discovered video games as a clever way of memorizing some of the most obscure English words,” Yang said. “Like in the U.S., millennials in China grew up with video games. I was so into them I had played many games in English before I even started learning the language officially at school. Twelve years later, here I am, working as a software engineer in Seattle.”

Yang decided to publish his notes from 2006 and try to help more students who struggle with English vocabulary. Along the way, he wanted to promote video game culture and demonstrate how games can have a positive impact on young people today.

“Just like how they helped me ace the tests many years ago!”

Learn more about this week’s Geek of the Week, Yi Yang:

What do you do, and why do you do it? I’m currently a software engineer at Google. I was actually an English major when I started my undergrad. Because of my interest in video games I switched to computer science and never looked back. I enjoy whenever I run something I built and it just works.

What’s the single most important thing people should know about your field? Software projects never finish on time. NEVER!

Where do you find your inspiration? By now you should know that it’s definitely video games. My proudest moment (besides publishing that book) was when I did a presentation on video games at school and impressed my teachers so much that they began to appreciate how rich and diverse video games can be. I actually did it twice, in high school and undergrad. Oh, did I tell you my Master’s thesis was on video game code optimization?

What’s the one piece of technology you couldn’t live without, and why? WiFi.

What’s your workspace like, and why does it work for you? Here are my Gundams, Transformers, Pokemon, Protoss Probe … oh, you mean my actual workspace? Nah, it’s just boring computers.

Your best tip or trick for managing everyday work and life. (Help us out, we need it.) Get a smartwatch and start working towards 150 minutes of exercise every week.

Mac, Windows or Linux? I use all three of them on a daily basis. (You should update this question and include Chrome OS as well.) And yes, I have a Chromebook, too.

Kirk, Picard, or Janeway? Picard. He has the best memes. 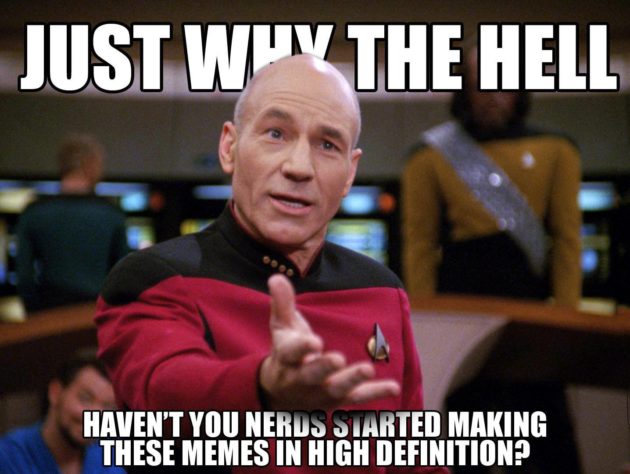 Transporter, Time Machine or Cloak of Invisibility? Transporter, assuming it let’s me travel to distant stars. I’ve always wondered what lies beyond the known Universe.

If someone gave me $1 million to launch a startup, I would … Open a bubble tea shop in Redmond. I’d be really tempted to develop an indie game but that’d probably take 10 times more and never finish on time.

I once waited in line for … Midnight release of “World of Warcraft: Wrath of the Lich King” (collector’s eEdition).

Your role models: Satoru Iwata. Former president of Nintendo. His famous quote: “On my business card, I am a corporate president. In my mind, I am a game developer. But in my heart, I am a gamer.” I was saddened to hear of his passing on July 11, 2015, when I was coincidentally in the middle of the Pokemon Symphonic Evolutions concert.

Most important technology of 2018: Self-driving car.