Ed Yue‘s first foray into the world of warehouses was not particularly auspicious.

“I almost got run over by a forklift,” said Yue, who is co-founder and chief of operations for Seattle-based Flexe.

But Yue believed there was an interesting problem that he and his partners could solve: helping businesses digitally manage their warehouse space to match fluctuations in inventory, borrowing space from others when they were over-stocked and renting out their own shelves when they were empty.

Five years later, Flexe has grown to 80 employees and raised $20.55 million in seed and Series A funding. The business has more than 100 customers including TOMS, Casper Mattresses and ACE Hardware, and 900 warehouses are part of its network. 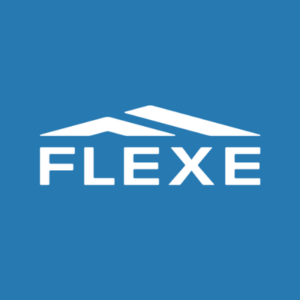 Before launching Flexe with Francis Duong and Karl Siebrecht, a former aQuantive and AdReady executive, Yue and Duong co-founded Ignition Mobile, a mobile analytics company. The duo found support for their enterprise through Y Combinator and sold the business in 2011.

Yue, who started his career as a software engineering intern at Amazon and then worked for Microsoft for close to five years, said his dad passed along the entrepreneurial bug. He was a builder of technology hardware, such as customized motherboards. Yue was inspired by “the ability to build and have a solution that changes the facts of life, or alters the way reality works.”

Yue’s own family is in the startup phase with a young daughter and 10-month-old son. When it comes to business, he said he’s focused on Flexe but that he and his wife keep a working list of startup ideas. In another decade, maybe something else will come along — perhaps something around 3D printing and applications in medicine.

“Inspiration and ideas come along serendipitously,” he said, “and you have to keep an eye out.”

We caught up with Yue for this installment of Working Geek, a regular GeekWire feature. Keep reading for his answers to our questionnaire.

Describe your workspace. Why does it work for you? We work in an open floor plan. I like the no-office concept because from an operational perspective, I feel tuned in to everything that’s happening across our teams.

Your best advice for managing everyday work and life? Keep promises. Keep promises to your team, to your friends and to your family. We’re all busy with conferences, travel and meetings, but I try to be transparent about what I can and can’t do. After that, you commit and deliver on your promises.

Your preferred social network? How do you use it for business/work? Facebook for personal and LinkedIn for work (I’m old).

Number of appointments/meetings on your calendar this week? 5-6 per day

How do you run meetings? The best meetings have a clear agenda that’s circulated ahead of time so people have the opportunity to review and prepare. I value fruitful discussion and deliberation during meetings, and everyone leaving the meeting should have a clear idea of next steps, deliverables and ownership.

Everyday work uniform? I’d say more often than not I’m in a Flexe t-shirt and jeans.

How do you make time for family? When I’m at work, I always try to keep in mind why I’m working hard, and my family is a central motivation. Kids grow up so quickly, and I find myself working hard so that I can make the time to be present with them. It’s also why I feel so strongly about keeping my promises.

Best stress reliever? How do you unplug? In a past life, I was a gamer. I don’t have as much time now, so I like to watch video game streams — Hearthstone, Counter-Strike, League of Legends are a couple of my favorites.

I admire anyone who takes a humble approach to their work and their life… individuals who show up, work hard day in and day out, and make everyone around them better.

What are you listening to? I like to switch it up, but right now K-Pop and Jay Chou are on my Daily Mix on Spotify.

Daily reads? Favorite sites and newsletters? I tend to follow macroeconomic trends. I like Google News and Google Finance as well.

Book on your nightstand (or e-reader)? I’ve been reading Tim Ferriss’ “Tools of Titans.” It’s a good way to get quick inspiration and hacks for fitness, lifestyle and business.

Night owl or early riser? I used to be a night owl, but now I’m a super early riser. Kids are the best alarm clocks.

Where do you get your best ideas? No one place. I try to pay attention what’s happening around me because I know I’m surrounded by incredibly smart people who are constantly sharing ideas. It’s another reason why I value the open-office concept.

Whose work style would you want to learn more about or emulate? I admire anyone who takes a humble approach to their work and their life. It’s a concept Andy Grove (business man and semiconductor pioneer) often describes in his books — individuals who show up, work hard day in and day out, and make everyone around them better. It’s also why I’m a big fan of pro basketball’s Tim Duncan over someone like LeBron James.