It was after watching her husband, clean energy company CEO Eric Redman, as he easily connected with and chatted up folks that she decided to become a “self-trained extrovert.”

People such as her spouse, “they looked so much happier being extroverted,” Redman said. “You get so much joy being nice to people and they’re nice to you.” 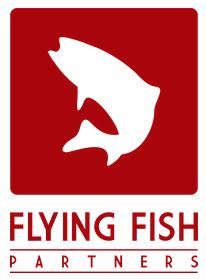 Over time, Redman evolved into what she calls “a consummate networker” — a trait that has served her well as a co-founder and managing director at Flying Fish Partners, which last spring began raising capital for an $80 million fund to invest in Pacific Northwest startups developing artificial intelligence and machine learning technologies.

Monday, Finn AI, a Vancouver, B.C.-based banking software company, announced that Flying Fish along with Yaletown Partners and others had helped the startup raise an $11 million Series A financing round in a female-led initiative.

Beyond the world of VC, Redman has applied her cultivated outgoingness widely. She’s engaged in civic and policy arenas as well as traditional investing circles and the tech startup world. Redman is on the board for multiple organizations, including chair of the board of directors for the Seattle Metropolitan Chamber of Commerce; is a regent for Washington State University; a fund advisor for Forterra, Washington’s largest land conservation nonprofit; and a mentor for Seattle Techstars.

“The value that I’m able to give to one person because I’m connected to other people surprises me every time,” Redman said. She aims to occupy the overlapping space in a Venn diagram of diverse professional and civic circles. “Because I’m spending time over here means I can bring value over there.”

With so many connections, Redman is on a lot of short lists for presentations, boards and other roles — and her bias is towards participation. But she does have some specific criteria: she’s looking for opportunities that create synergies and support her varied interests. Redman wants the commitment to provide a “twofer or threefer” for her different ventures.

“Hanging out with my family and doing yoga are the only ‘onefer’ things that I do,” she said. “I do not have a lot of personal hobbies and personal commitments, and that’s been very deliberate.”

Redman is also committed to two causes: helping the Northwest become a top 10 city in the world and one of three top technology regions, and supporting the advancement of women and underrepresented minorities.

“The place where women are least represented is in the very upper echelons of the money in technology,” she said. As an investor and VC leader, “my No. 1 job is to be somebody people look at and say, ‘Women can do this because Heather Redman is doing it.’ By role modeling that, I’m changing minds.”

That goes for women aspiring to leadership roles and men who are making pitches for investment.

“It changes their opinion about who is making decisions,” she said. “That whole presence thing changes hearts and minds over time.”

We caught up with Redman for this Working Geek, a regular GeekWire feature. Continue reading for her answers to our questionnaire.

Current location: Above the Butcher’s Table restaurant in Seattle’s South Lake Union neighborhood (or, as I like to say, we are the lint in Amazon’s bellybutton!)

Describe your workspace. Why does it work for you? Most of my time is spent with people, so any location where the vibe is good is good for me. We are often in conference rooms looking at big screens with pitch decks. When I’m on my laptop I’m usually sitting crossed legged on a couch where there’s lots of light.

Your best advice for managing everyday work and life? Write short emails. Don’t file anything you can avoid — that’s what search is for. Triage everything. Adopt. Cut out time sucks: commute, pets, plants, cooking are some of my nominees. Look for synergies between the people you know and activities you do.

Cut out time sucks: commute, pets, plants, cooking are some of my nominees.

Current number of unanswered emails in your inbox? What a rude question!! ; ) Too many.

Number of appointments/meetings on your calendar this week? 34

How do you run meetings? Luckily I don’t run many of them unassisted these days but when I do, I try to have a clear objective and no more than a three-part agenda to get there. I also like using “straw man” proposals to try to get to clarity more quickly. Addicted to whiteboards.

How do you make time for family? Involve them in what I do and vice versa. We are all very engaged in the world and this community particularly.

What are you listening to? The Twenty Minute VC, Childish Gambino and Led Zeppelin

Book on your nightstand (or e-reader)? “The Uterus is a Feature Not a Bug” by Sarah Lacy and “Stamped from the Beginning: the Definitive History of Racist Ideas in America” by Ibram X. Kendi

Night owl or early riser? More of a night owl, but like getting up early, too. I sleep really well and try to get seven hours, but wish it wasn’t so important.

Where do you get your best ideas? In the shower or on a plane.

Whose work style would you want to learn more about or emulate? I’m a fan of Peggy Johnson, Microsoft’s executive vice president of business development. She gets a ton done at a very high level, but is accessible too — that’s an incredibly hard balance to strike. Bigger picture, I’d like to emulate animals more — just do or say the thing that needs to be done or said to provide value to the situation without overthinking it. Self-consciousness is not helpful.