Coverage of the 2018 GeekWire Summit in Seattle, bringing together more than 800 leaders to explore the future of the innovation economy.

GeekWire Summit attendees will spend the next two days in Seattle hearing from some of today’s leading innovators in the tech and science industries. On Monday night, they took a closer look at and put hands on some of the most memorable machines from tech’s past. 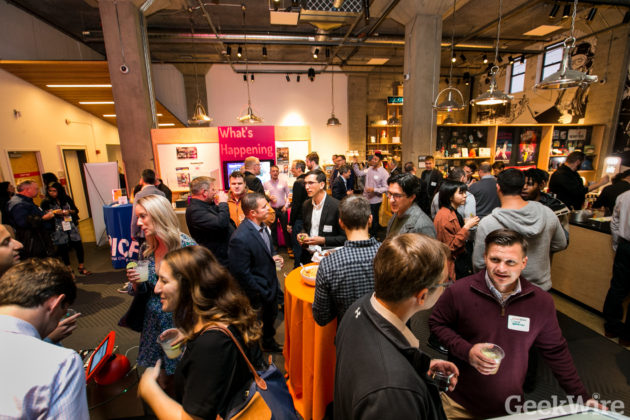 GeekWire co-founder John Cook, along with Living Computers senior operations manager Robert Schmuck, welcomed Summit attendees, speakers and VIPs. And on a day when Allen was in the news, announcing that the non-Hodgkin’s lymphoma he battled nine years ago has returned, Cook offered words of support for the Microsoft co-founder and Seattle tech icon.

“He’s had a tremendous stamp on this community,” Cook said. “We’re thinking about Mr. Allen and his family tonight.”

In Allen’s building, stocked with the world’s largest collection of operating vintage computers, party guests moved between various games and devices and desktops. 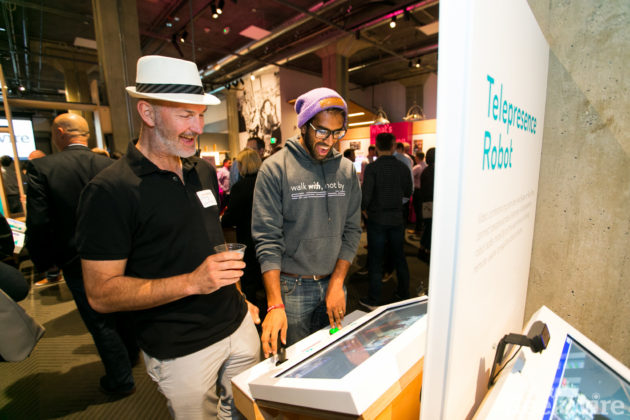 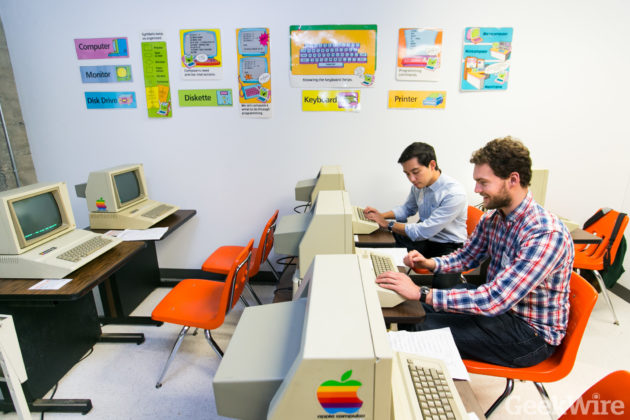 Seattle financial advisor Charter Harrison was busy playing Galaga in The Bit Zone, a recreated video game arcade in one corner of the museum’s first floor — sandwiched between a family rec room and a high school computer lab — that is part of the exhibit “Totally 80s Rewind.”

“This was my game!” Harrison said as he furiously shot invading spacecraft out of the sky. He recalled playing as a student at the Overlake School, in Redmond, Wash., when he would go to Redmond Town Center with friends at lunchtime.

Harrison’s wife, Laurie Krisman, a marketing professional, stood by watching him easily eclipse the high score of 23,000 and race toward his own high of 130,000. As he entered “GCH” into the top spot, Krisman talked about how her own kids play Fortnite … and she glanced over at Pac-Man.

“I had a whole pattern,” she said, of when she used to play the vintage game. “I can’t remember anymore.” 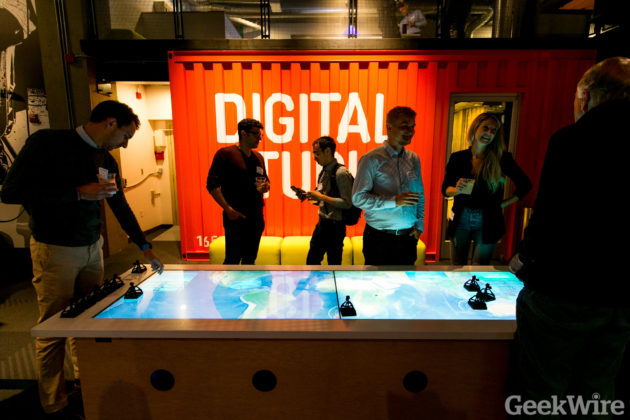 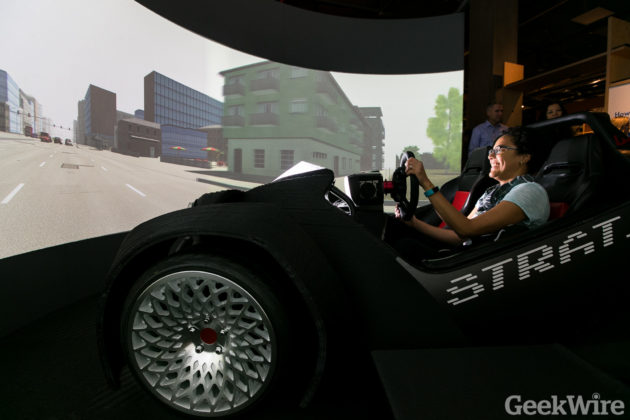 Outside of the ’80s, guests took a seat in a laser-printed electric car hooked to a virtual driving simulator parked in front of a curved screen with a 220-degree field of view.

Others played with tabletop electronics or hooked themselves into a virtual reality headset. A robot rolled through the crowd of partygoers.

Upstairs, where working computers big and small are on display, Andi Allen stared kind of silently at a bank of colorful, vintage Apple iMacs. She used her smartphone to take a picture of one to send to her mom.

“Why is this in a museum?” Allen laughed, looking at machines she longed for when she was younger. “I’m having the strangest mind trip.” 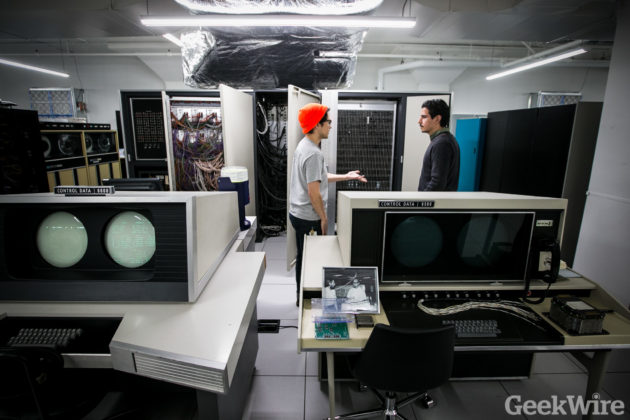 Allen, who used to work at SpaceX, is two months into a job as a recruiter at Twitter. She shared stories about rocket launches — and landings — before having another computer flashback.

“Oregon Trail! Oh my god!” Allen said as she came upon the classic game running on an Apple IIe. She put her hands on the keyboard and began entering commands.

“I don’t know if I remember how to play,” she said. A minute later she added, “How did I find this so entertaining?” 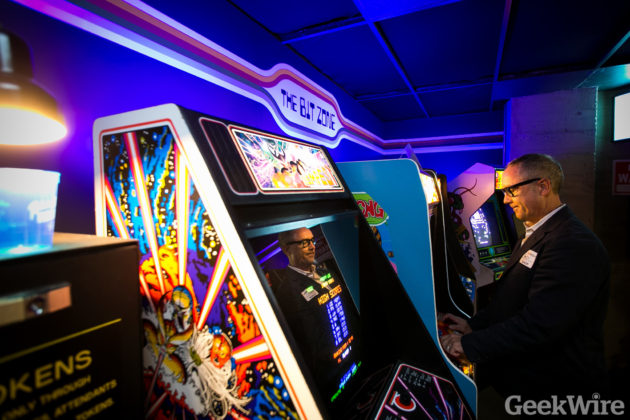 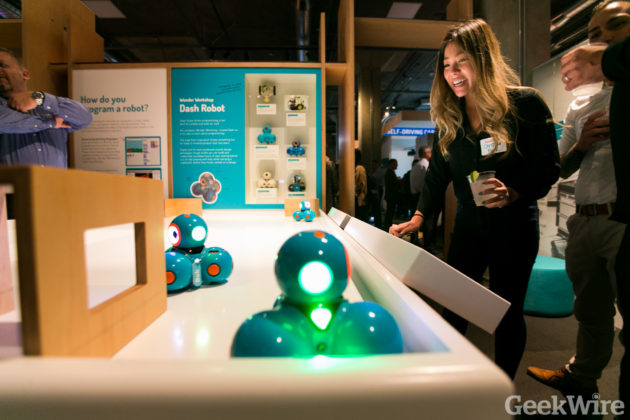 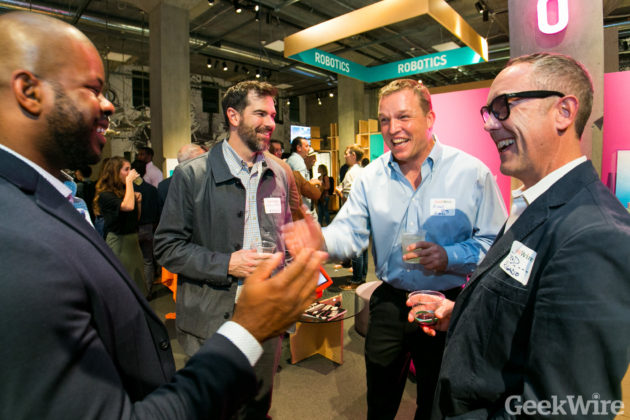 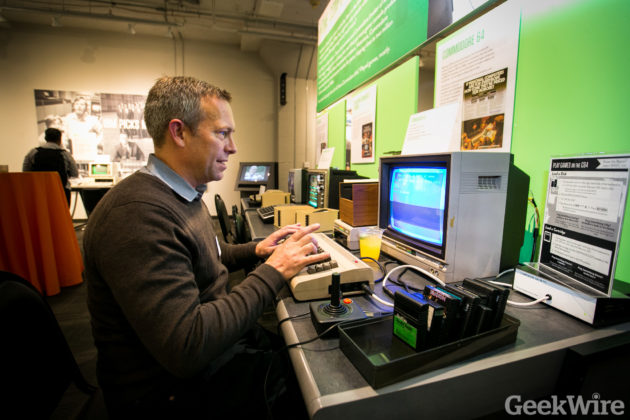 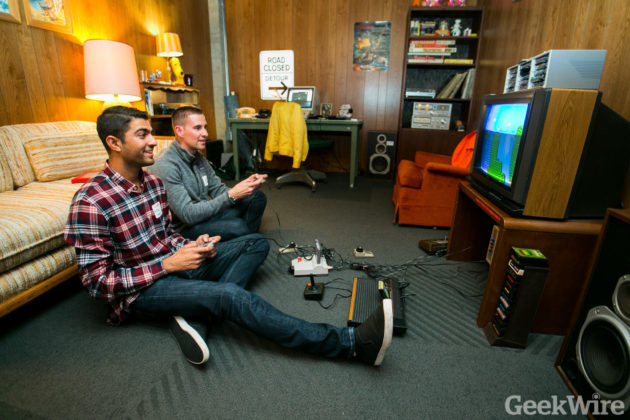 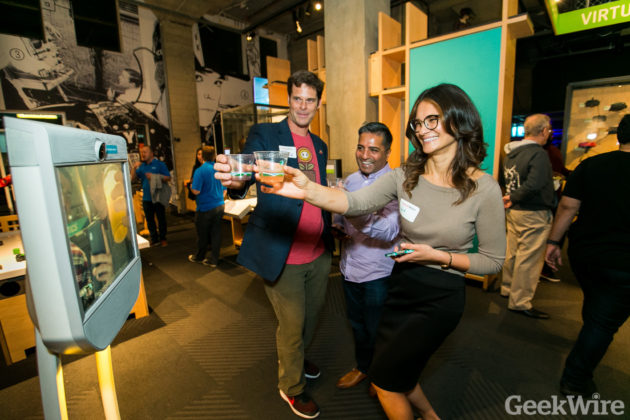