BELLEVUE, Wash. — My wife was a VR virgin.

Tonia Boyle isn’t exactly a thrill-seeker. Skydiving, bungee jumping and zipline rides have never been her cup of tea. But when it came to taking a virtual-reality risk at Portal VR’s newly opened arcade here in Bellevue, our hometown, she warily agreed to take the leap.

Fortunately, in this case, the leap was just a couple of inches down, although it looked like 50 floors through her virtual-reality headset.

Tonia’s guide was Portal VR co-founder Tim Harader, who opened up the first Portal VR arcade in Seattle’s Ballard neighborhood last year in league with his wife, Page Harader. During this month’s opening reception in Bellevue, Tim helped Tonia strap on the HTC Vive headset and got her set up inside a blocked-off booth where sensors could track her movements.

From the outside, it looked as if Tonia was standing at the brink of a roughly 6-foot-long wooden plank set on the floor. But her headset view, projected onto a monitor just outside the booth for our viewing pleasure, showed a similarly sized plank stretching out into the air from the upper floors of a skyscraper.

Tonia gasped at the sight.

“Now, if you’re comfortable, very slowly walk out onto the plank,” Tim told her.

“You’re kidding me!” she replied.

Tonia laughed at the novelty — and her own nervousness. She has weak ankles, so Tim reached out to provide a guiding hand and make sure Tonia didn’t stumble as she gingerly stepped forward.

After Tonia scanned the virtual surroundings for a few seconds, Tim told her to turn to the side of the plank. “Now take a step forward. One … two … three.”

It was just a step, but in the headset view, the floors hurtled by as Tonia fell, ending in a virtual splat.

The high-wire act, known as “Richie’s Plank Experience,” is the traditional gateway drug at Portal VR. But there are plenty of other experiences that can be keyed into the computers that control what players see in the 12 booths set up at the Bellevue arcade.

You can take virtual tours of Google Earth hot spots such as the Eiffel Tower or the Grand Canyon, walk through a VR art museum, or team up with friends to play networked video games such as Elven Assassin or Smashbox Arena.

Barbara Sinn, who manages operations at Portal VR’s Ballard arcade, said she uses virtual gaming to stay in touch with her daughters at Loyola University in Chicago.

“I bought them gift cards to go to the VR arcade that I found in Chicago, so that we can link up together from Ballard to Chicago and play Elven Assassin together,” she said. “It’s a little way to be connected to them without being connected to them. And they love it.”

There’s also a contraption that gives players the feeling of hang-gliding over a fantasy landscape.

“We have people from 8 to 80, and they’re from all backgrounds. The thing that really drew me to virtual reality, and starting a virtual-reality, out-of-home entertainment venue, was that it’s not just for gamers,” he said.

“When you get into a virtual-reality headset, you realize that it is such a new, different, novel experience, that it completely immerses you. You don’t have to be of a gamer attitude to enjoy it,” Tim said. 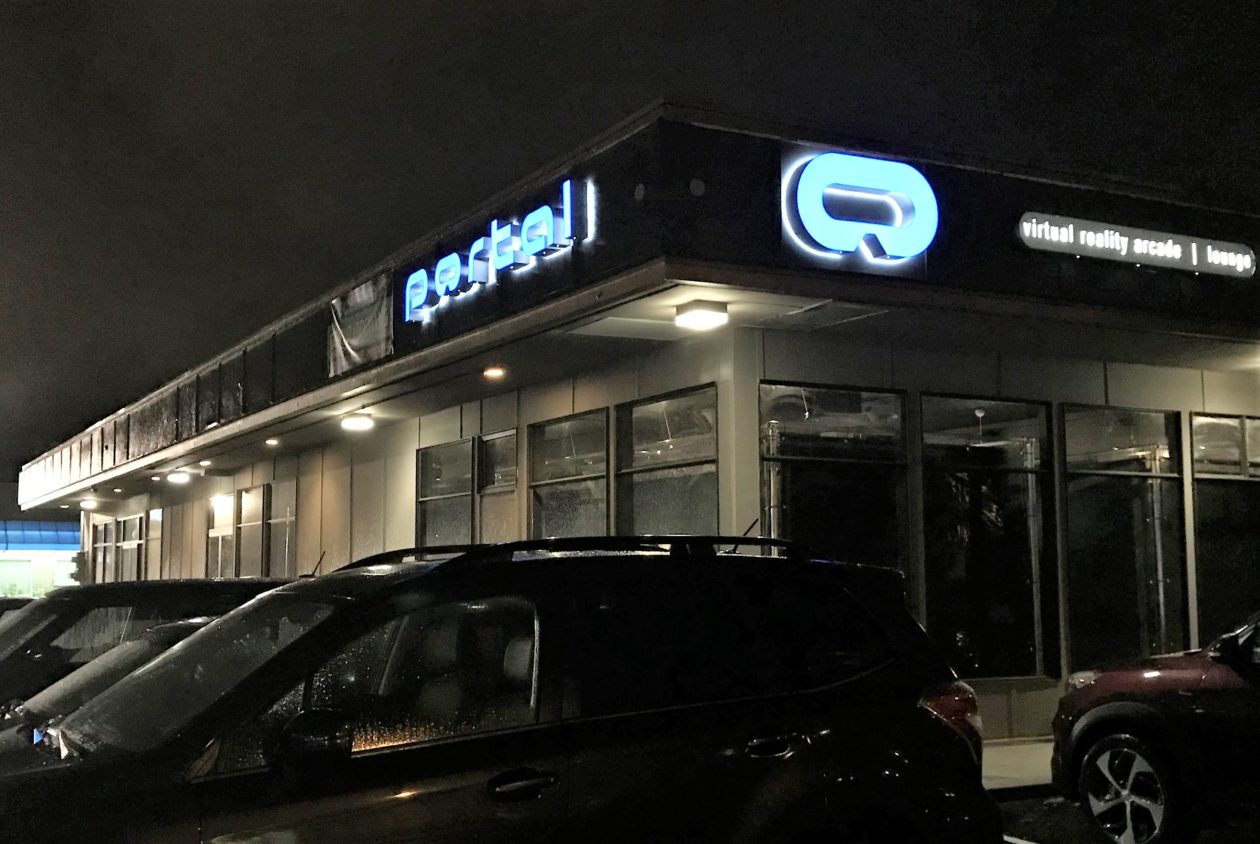 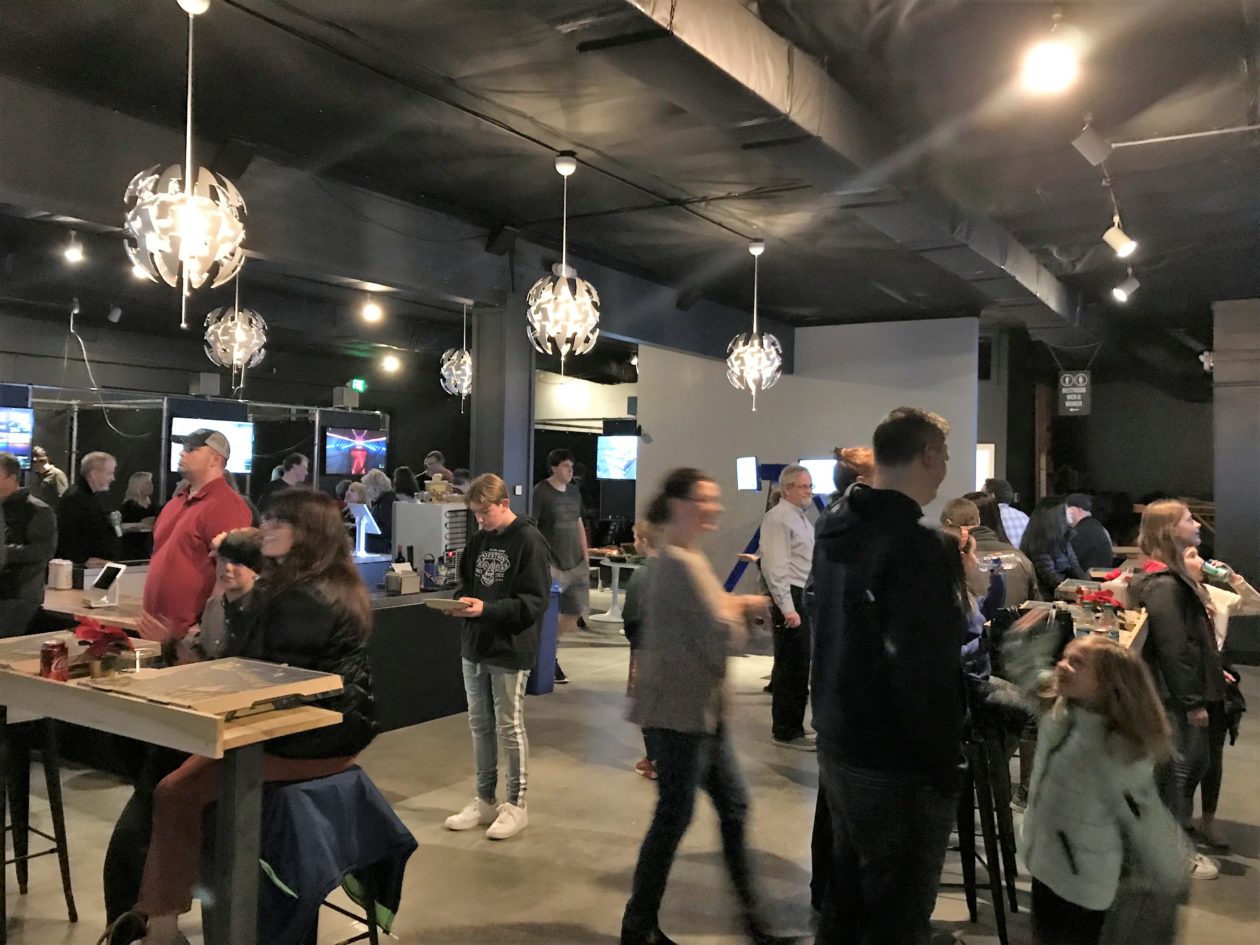 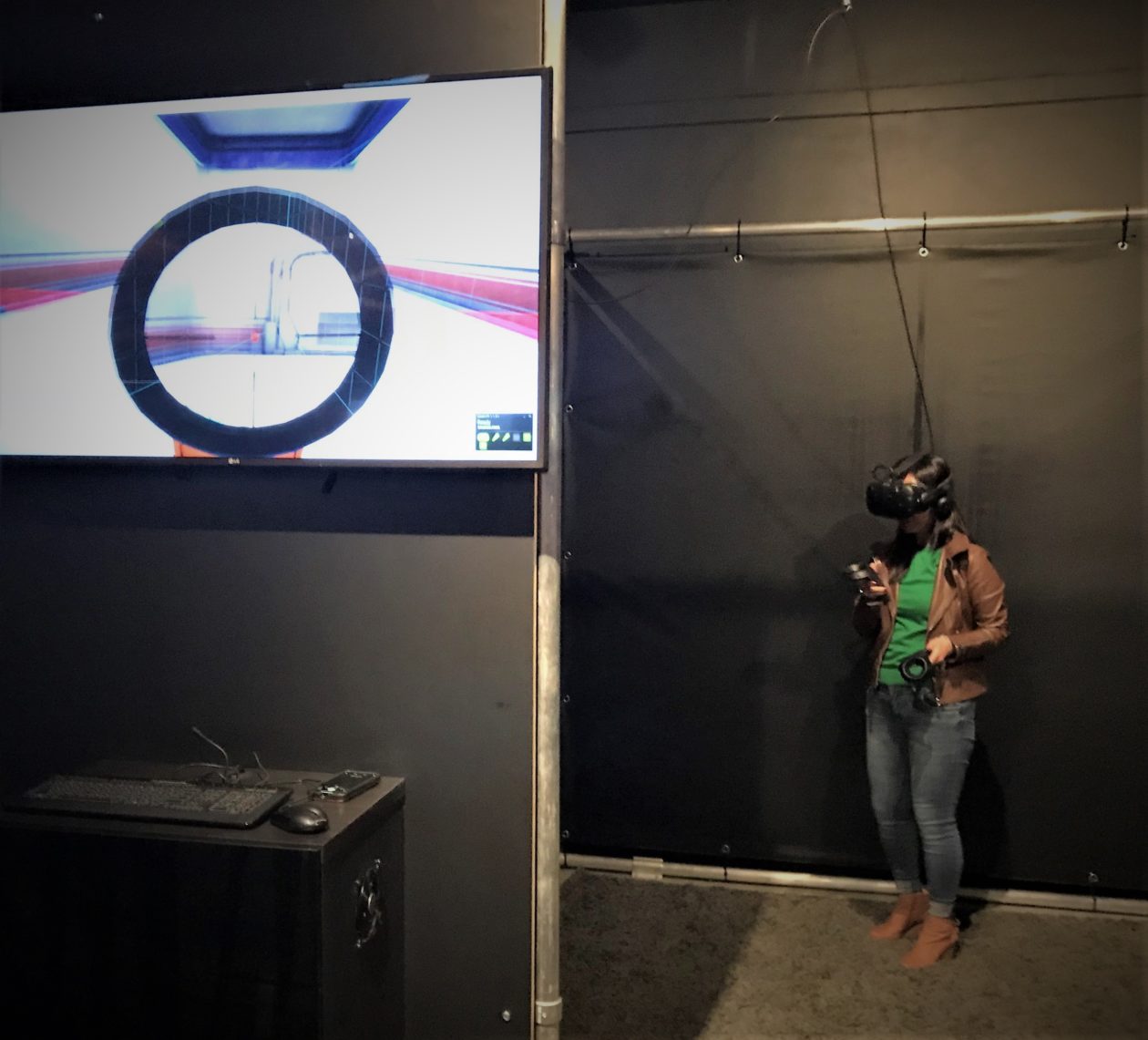 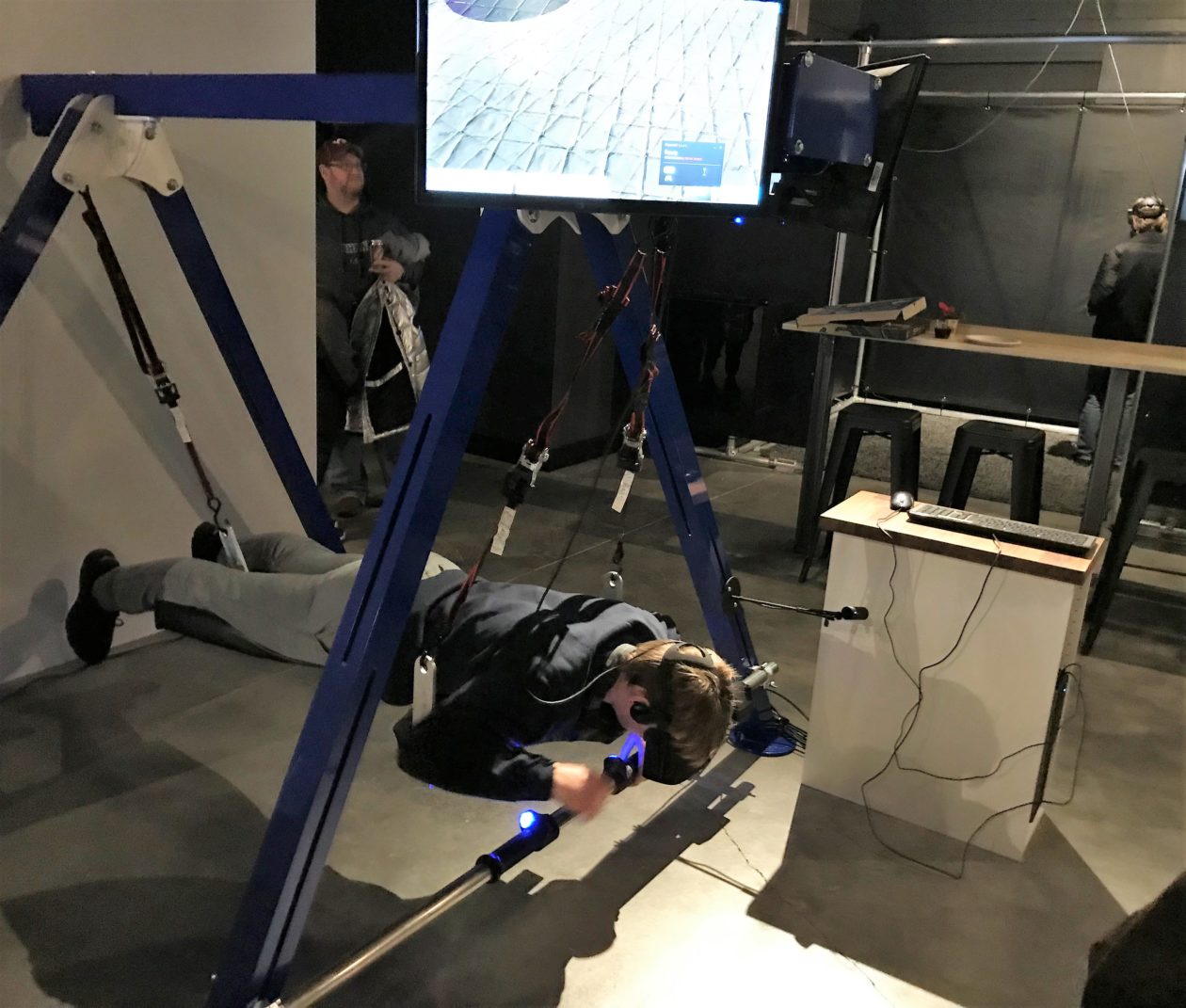 Bellevue was chosen for Portal VR’s second salon to cater to the tech crowd. “There are a lot of game companies — Microsoft, certainly, and Amazon,” Tim explained.

“One of the things we do a lot of in Ballard, and we think we’ll do even more of in Bellevue, is corporate parties — team-building, morale, even sales events,” Tim said.

Portal VR isn’t the first arcade to set up virtual shop in Microsoft’s neck of the woods: Odyssey VR, on Northeast 85th Street in Redmond, has been in business for years. Like Portal VR, Odyssey VR offers virtual-reality experiences for individuals and teams. There’s also Epic Virtual Reality, which has VR stations set up during the weekend at Bellevue’s Factoria Square Mall. And in Seattle’s Greenwood neighborhood, virtual-reality fans can get hooked up at VR Go.

Tacoma is next on Portal VR’s expansion list, “but we have to take it easy for a little bit and see how Bellevue goes before we do that,” Tim said. The to-do list includes filling out the arcade’s offerings of snacks and drinks, and perhaps setting up a viewing area for VR movies.

Based on Tonia’s experience, even VR virgins are likely to enjoy the thrill.

“Oh my God,” she said with a laugh when she pulled off the headset. “No wonder people are screaming when they do this.”

Portal VR’s Bellevue arcade is at 2105 140th Ave. NE. The Ballard arcade is at 2601 NW Market Street. Pricing: The plank experience is $4.99 for a two- to three-minute session. The glider simulator is $4.99 for five minutes, $9.99 for 10 minutes. VR booth sessions are priced based on booth time, starting at $12.95 for 15 minutes. For more information and to book an appointment, check out Portal VR’s website.