If it ain’t broke, don’t fix it. That’s the strategy Version One Ventures is employing with its third fund.

The venture capital firm today announced a $45 million raise for Version One Fund III. Founded by former AbeBooks COO Boris Wertz, Version One invests in companies that leverage network effects, or when an increase of users improves the value of a product or service. It applies this philosophy across various sectors and business models, including new opportunities such as decentralized platforms. 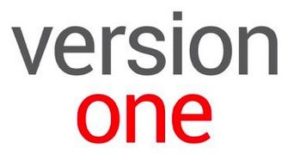 The firm will continue writing checks between $500,000 to $750,000 for early-stage startups. It will also focus on four geographies: Vancouver, B.C. (where Wertz is based), Silicon Valley (where Angela Tran Kingyens, general partner, is based), Toronto/Waterloo, and Seattle.

Version One has backed Seattle startups such as Outreach, Julep, Front Desk, Yapta, Dwellable, and Booster Fuels, which relocated to the Bay Area. It invested 15 percent of its capital in Seattle companies for its previous two funds.

“What is so interesting about the Seattle ecosystem is that it is very strong, both on the consumer as well as the enterprise side,” Wertz told GeekWire. “In both areas, multi-billion dollar startups have been created over the past five years. We think that this will continue over the next little while, given the entrepreneurial talent in the city.”

What is so interesting about the Seattle ecosystem is that it is very strong, both on the consumer as well as the enterprise side.

Seattle companies are drawing more attention from out-of-town investors and particularly from Silicon Valley firms, which participated in 69 investments for Seattle-area startups in 2017, up from 28 deals in 2009, according to data from Dow Jones VentureSource.

Version One raised the third fund from large institutional LPs including Invesco, Harbourvest, Northleaf, and Kensington, along with entrepreneurs from companies such as Shopify, Slack, Hootsuite, Wattpad, and Salesforce. It previously raised $35 million for its second fund in 2014.

Wertz was the co-founder of AbeBooks, a Victoria, B.C. marketplace for books that Amazon acquired in 2008. He launched Version One in 2012 and has invested in companies including AngelList, Coinbase, DealFlow, Indiegogo, Indochino, and more than 50 others. Tran Kingyens joined as general partner in 2013 after co-founding Insight Data Science.

In addition to running Version One, Wertz serves as a board partner for Silicon Valley juggernaut Andreessen Horowitz.