LAS VEGAS — There are a lot of lessons to be learned from the early success of Las Vegas’ first NHL franchise — for startups, for new sports franchises, and for Seattle.

I took a break from the CES mayhem this week and met up with George McPhee, general manager of the Vegas Golden Knights, at the team’s practice facility 30 minutes east of The Strip in Summerlin.

The NHL expansion team is defying expectations in its first year as part of the world’s best hockey league, both on the ice and in the front office. The Knights sit atop the Western Conference with a 29-10 record and are consistently selling out the new T-Mobile Arena in a city where many thought a professional sports team couldn’t succeed.

Some wonder if the Knights are the best expansion franchise ever. 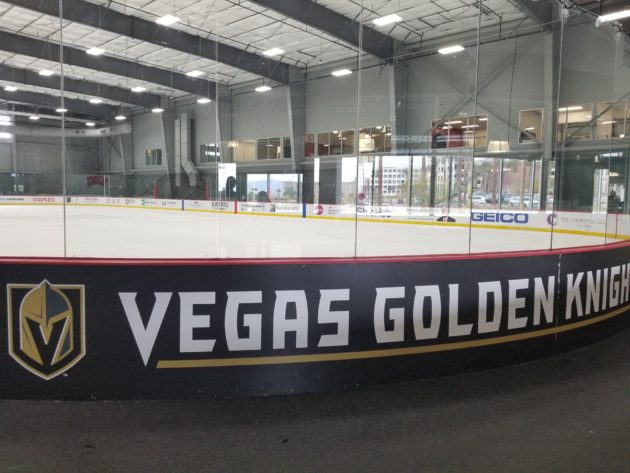 McPhee, who previously spent 14 years as general manager of the Washington Capitals, shed light on why the franchise has succeeded so far. It’s impressive given that the team started from a blank slate just one year ago and had to assemble a roster and front office staff from scratch.

“As we all know, culture really matters,” he noted. “For some people, it’s cliche. We don’t think it is. We think it’s a difference maker.”

Technology has also been key, and in particular with player performance analytics. McPhee was reluctant to share many details about what exactly the team is doing in that realm, but he called it “essential” and “critical.”

“You can’t run these businesses without doing that,” he noted. 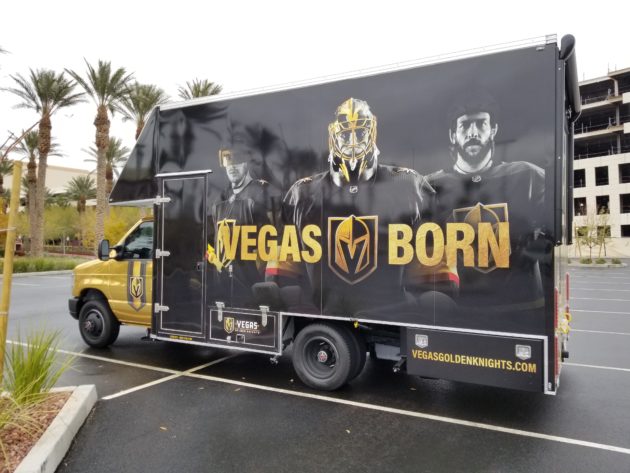 The Knights’ debut should provide some excitement to folks in Seattle. Many expect the league to add another expansion franchise and signs point to Seattle as a front runner given a recently-approved $660 million deal to renovate Key Arena and a pending season-ticket drive. Leading the Key Arena development is Oak View Group, a Los Angeles-based organization headed up by Tim Leiweke, a sports industry veteran who has decades of leadership experience with NHL teams like the Los Angeles Kings and Toronto Maple Leafs.

McPhee said Seattle would be a “perfect fit for an NHL team.”

“The NHL, in my opinion, is on a rocketship,” he explained. “It’s the best this league has ever been. The talent is exceptional throughout the league. The in-arena experience for hockey is probably better than any other sporting event. There aren’t many delays — it’s fast-paced, it’s entertaining. That’s what [fans in Seattle] can expect. Our sport seems to appeal to millennials and Generation Z and a younger crowd. So Seattle may very well be a perfect fit for an NHL team.”

Read on for more from our conversation with McPhee.

GeekWire: Thanks for taking the time to meet with us, George, particularly in the middle of your first season. How are things going for the organization?

George McPhee: “Needless to say, it probably couldn’t be going better. We’ve performed really well, but it’s still early. We’re only at the halfway point and we have a long way to go.

We started this whole process by having certain things we had to have in place in terms of hiring the very best talent we could find for every single position in the organization. In some cases, that was very experienced people; in some cases it was some young up-and-comers, but there was something special about them. Then we wanted to be exceptionally well-organized and prepared, and we were.

I think that’s been the key to starting on the right foot here with the organization — the staff we hired, and we are really well-structured.”

GeekWire: This job is similar to launching a new startup. I like asking new companies about their secret sauce — what’s yours?

McPhee: “First of all, it starts with your culture. We got very talented people, whether it was the coaching staff, medical staff, sports performance staff, equipment staff, scouts and the front office. I’ve been around long enough to know who’s good at what they are doing and the types of personalities you’d want in your organization. We wanted talented, experienced, low ego people.

Then we wanted to build the right culture. As we all know, culture really matters. For some people, it’s cliche. We don’t think it is. We think it’s a difference maker. We believe that most teams in this league have more talent than we do, but our culture is strong. We’ve emphasized certain principles, certain things and building our culture and how we are going to operate. So far, so good.”

The passion here has been incredible and the civic pride that surrounds this team has been amazing.

GeekWire: Common belief seems to be that Las Vegas wouldn’t be an ideal place for new sports franchises. How have you been able to sell out your arena and grow the fan base?

McPhee: “It’s the opposite of that. The passion here has been incredible and the civic pride that surrounds this team has been amazing. The support we’ve had from day one — from ticket deposits, to whatever events we had — they were always beyond capacity. We are certainly experiencing that with our games now, as we are above capacity for every home game we’ve played and now we’re starting to experience that on the road.

This actually is a traditional market — 95 percent of our fans are locals. You get away from The Strip and it’s a fairly traditional city.

We’ve done a lot of good things in this community; we are really embedded here. Our franchise is born and bred here. There is a real connection to this community.

This community and this city was ready for its first pro sports team. There is no doubt about that. The response before we had a team, and six months later before we played a game — the response was very, very strong in terms of people who were stepping up to be part of sponsorship or buying merchandise or buying tickets.”

GeekWire: We track the intersection of sports and technology — has the organization used much technology on or off the ice?

McPhee: “We do a lot in that area. We have our analysts and we have a data company we use. I’m reluctant to give ammunition away because it’s helped us a lot. It’s essential; it’s critical. You can’t run these businesses without doing that. Everything is data driven. You have your data and you have your eye test. At some point, I have to close the door every once in a while and make a tough decision. But we use both.”

GeekWire: Does having a brand new arena help with starting an expansion team?

McPhee: “Of course. It is state-of-the-art and it’s in a great location — it’s like putting Madison Square Garden in Times Square. It creates this unbelievable atmosphere outside the arena, and then when you get inside, it’s another atmosphere altogether. There’s no doubt that having that kind of facility that people want to see and be part of at some point, just to see the facility, it helps. Then when you have the team performing the way it’s been performing, it leads to a lot of ticket sales.”

GeekWire: There’s been a lot of debate in Seattle about potential traffic congestion issues around Key Arena. Have you experienced that at T-Mobile Arena, especially given traffic on The Strip?

McPhee: “I can’t speak for Seattle. But if you have a sports team that’s doing really well and selling out, you’ll find ways to take care of the other issues. Those aren’t the hard things to resolve. There are ways to fix those. We had some concerns here about parking but we worked with the city on parking and traffic flow. It’s worked out very, very well. We can be out of the facility and on the road quickly. I’ve done it many nights.”

GeekWire: What’s it been like working with the city?

McPhee: “They’ve been very receptive. I think everybody here has been very receptive with having its first pro team. Las Vegas didn’t need an identity — it already has a worldwide brand. Everybody knows what it’s been. But I think the city was looking for another identity … and sometimes, sports teams give cities an identity. This city was really craving pro sports teams and we’re fortunate we were the first. They have been very cooperative in helping us with whatever we need.”

GeekWire: What can fans in Seattle expect from a potential NHL franchise? What should leaders like Tim Leiweke keep in mind?

McPhee: “Tim Leiweke has been in the business a long time. There is not a lot he needs to be advised on. He’ll know who to hire and how to put things together. He did a very good job in Los Angeles in hiring the right people and ultimately having success there, winning Stanley Cups.

With respect to what fans can expect, the NHL in my opinion is on a rocketship. It’s the best this league has ever been. The talent is exceptional throughout the league. The in-arena experience for hockey is probably better than any other sporting event. There aren’t many delays — it’s fast-paced, it’s entertaining. I think that’s what [fans] can expect. Our sport seems to appeal to millennials and Generation Z and a younger crowd. So Seattle may very well be a perfect fit for an NHL team.”