Fresh off a $103 million investment round, vacation rental management company Vacasa is moving into a new 61,000 square-foot office in Portland, nearly doubling its current office space with plans to grow its 320-person workforce by another 100 employees this year. 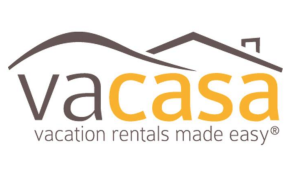 Vacasa inked an 11-year lease for all four office floors of Heartline, a new mixed-use development in Portland’s Pearl District. There is room for up to 675 employees. Vacasa plans to move in this summer and will also keep its current 36,000 square-foot space on the top floor of the RiverTec building, located just across the street from Heartline, which is owned by Seattle-based Security Properties.

Vacasa landed one of the region’s largest fundraising rounds last year, reeling in $103 million this past October from Riverwood Capital, NewSpring and previous investors Level Equity and Assurant Growth Investing.

The company is similar to platforms like Airbnb, which is valued at $31 billion, and HomeAway, which was acquired by Expedia for $3.9 billion in 2015. In addition to people working out of offices in Portland and Boise, the company employs more than 1,000 across its markets for on-the-ground “field-based roles” — housekeepers, reservations agents, local managers, etc.

Vacasa has been around since 2009 and bootstrapped until taking its first outside investment in 2016 with a $40 million Series A round.