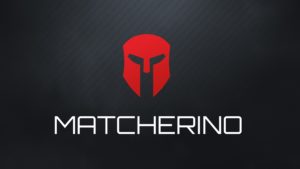 Matcherino has served more than 4,200 esports tournaments and distributed nearly $2 million in prize pool winnings. It has more than 50,000 users, fans, and tournament organizers on its platform.

“aXiomatic’s esports investment strategy targets dynamic companies across the esports ecosystem with potential to enrich player experience or deepen audience engagement,” Leo Hsu, director of strategy at aXiomatic, said in a statement. “Matcherino’s unique platform ticks both boxes: bringing fan-backed tournaments to life while providing an authentic channel for publishers and sponsors to interact with consumers.”

The startup has several revenue streams including fees from managing prize pools; selling tickets to events; and esports tournament sponsorships. It is not yet profitable.

“Ideally, Matcherino becomes the engine that enables a new generation of gamers to play esports for a living and allows esports tournament organizers to become paid professionals – not volunteers,” Maffei said in February.

A new report from Newzoo estimates the global esports market to be $905 million this year, and reaching $1.4 billion by 2020. The global esports audience will reach 380 million in 2018, Newzoo said. Video game sales are also reaching record levels, with NPD reporting that the 12-month period ending in October was the highest amount of consumer spending on video games since 2011.