Looking for a place to think about something other than Election Day and the drama that will play out as midterm results start to trickle in? Perhaps a cute red panda named Carson will do the trick.

Seattle’s Woodland Park Zoo is teaming with Mozilla’s Firefox for a special live stream on the web browser’s YouTube channel. The video, which is expected to go live around 10 a.m. PT on Tuesday and last for 60 to 90 minutes, will capture Carson hanging out in his exhibit.

Woodland Park Zoo President and CEO Alejandro Grajal said the initiative is aimed at the many Americans who are feeling stressed about the future of the country.

“Whether Carson is curled up in a tree taking a snooze or romping on the ground, our adorable red panda is sure to bring a little light to our lives, help ease anxiety and make us smile,” Grajal said in a news release. “This is the universal magic of wildlife — they help unite us. We’re grateful to team up with Firefox on Election Day to encourage Americans to join us in casting votes.” 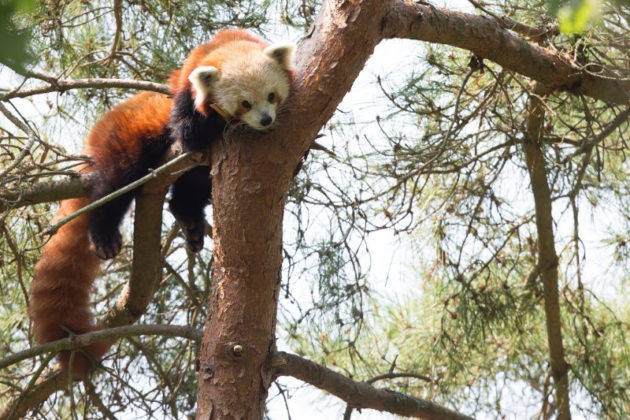 Carson, who is 4 years old, was born at Lincoln Children’s Zoo in Lincoln, Neb., and got his name from famed late-night TV host Johnny Carson, who grew up in Nebraska.

Keepers said after his morning feeding, Carson spends most of his time in a tree, curled up sleeping — which sounds like what I’d rather be doing instead of watching for midterm results.

For more internet distraction, be sure to check out what The New York Times is offering by way of what it is calling “the calm place.”