If you were to ask globally known clean energy expert Ramez Naam what makes him optimistic about technology and the future, it may boil down to one word: scale.

Naam has a long history of thinking about the effects of scale, even before his current role as co-chair for energy and the environment at Singularity University. In his award-winning Nexus science fiction trilogy, Naam tackled the implications of widespread brain-to-brain communication. And in his past role as a computer scientist at Microsoft leading teams working on early versions of Outlook, Internet Explorer, and Bing, Naam came to appreciate what sheer magnitude can do.

“I learned that we can create tools that really improve people’s lives, and that technology can scale to help billions of people,” Naam said. “And that, I think, inspired me with the power of using our minds and our imaginations to make the world better.”

Naam joined GeekWire for an episode of our special podcast series on science fiction, the arts, and pop culture, discussing his expectations for the future of the planet — and whether we’re trending more toward Mad Max or Star Trek. Throughout the conversation, the Seattle-based technologist kept coming back to the concept of scale as a reason he’s a self-described optimist.

Listen to the episode below or download the MP3.

It’s not like everything is rainbows and unicorns, of course.

“The world sucks in a lot of ways,” Naam said, pointing to the hundreds of millions of people without electricity, clean water, or who don’t have secure sources of food. “But as a percentage of humanity, those are all at record lows. And those numbers have mostly dropped by a factor of two or three since the 1970s,” he said. “Statistically this is the best time to be born human ever in the hundred-thousand year history of humanity.”

Statistically this is the best time to be born human ever in the hundred-thousand year history of humanity.

In this way, Naam’s beliefs are aligned with those of futurist Ray Kurzweil, the Singularity University co-founder.

Naam thinks it’s the very human predilection to pay more attention to dramatic catastrophes than to slow, gradual improvements which leads many to believe the world is worse off than it is. “We are wired because of our hunter-gatherer evolution to be more attuned to threats than good news about the world,” he said. “That’s what matters more to our ability to survive.” 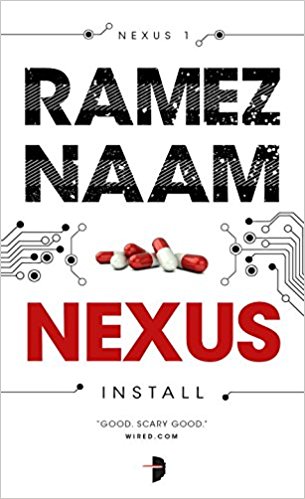 He does find climate change to be a very real threat. Yet even there Naam is encouraged by technology and the plunging price of solar panels, wind power, and battery storage. “Now in places like Arizona, Southern California, even Colorado, solar power is just cheaper than coal or gas. Even if you took away all subsidies,” he said.

They are examples of what Naam called “exponential technologies” that improve rapidly. “Now will we do it fast enough? I don’t know. It’s a race right now between climate change and how fast the tech is getting cheaper and being deployed,” he said.

Outside of clean energy, Naam sees both technological hope and hype. He noted virtual reality, for example, will take time to fulfill its promise for entertainment and education. “It has to get down to being super high-fidelity in lightweight, unobtrusive mobile devices that are un-tethered before it’s really good,” he said.

And some artificial intelligence systems are very good today, but only where success is easy to define, such as in pattern matching. “They can be better than humans at almost any narrow task,” he said. “They’re already better at face recognition in pictures. They’re better at spotting cats in pictures.” But move into unstructured tasks with no clear success metrics or sufficient data, and “there’s still nothing like humans.”

Naam’s own examination of future tech — in the form of wireless electronic brain-to-brain communication in the science-fiction thriller trilogy Nexus, Crux, and Apex — may also be inching closer to some kind of reality since the third novel appeared in 2015. “Nexus is a drug that you swallow that gets into your brain and basically attaches little tiny WiFi nodes to all the brain cells,” he said of his fictional creation. In the real world today, “At the University of Washington, we have a couple of researchers that have sent signals back and forth between human brains non-invasively.”

Now in places like Arizona, Southern California, even Colorado, solar power is just cheaper than coal or gas. Even if you took away all subsidies.

Nexus, which received science fiction’s Prometheus and Endeavor awards and was named an “NPR Best Book” of the year, may also be headed to screens. Naam said it was optioned for film earlier and it’s currently on option for a television series. “What I’ve learned is that an option is like your seed round of your startup, and an IPO is when it comes to the screen. So fingers crossed,” he said.

But the futurist and author appears more aligned with the promise, and power, of tech that can reach magnitudes cheaply.

“The thing that really excites me is how as technology drops in price, it scales out to billions more people,” he said. Naam recalled 1980s-era Motorola DynaTAC mobile phones which were the size of a brick, cost thousands in today’s dollars, and were once a sign of immense wealth. “Now 85 percent of people in Kenya have mobile phones,” he said. “So that dissemination of technology I think is incredibly empowering and incredibly leveling for the playing field.”

Listen to this episode in the player above and subscribe to the GeekWire Podcast in Apple Podcasts, Google Play or your favorite podcast app. Podcast production and editing by Clare McGrane.

Previously in this series: From Harry Potter to Star Trek Beyond, behind the scenes with Seattle Symphony’s multi-sensory tech