Rep the Squad today announced the addition of MLB jerseys to its marketplace, as well as a new trade-in program that aims to reduce the amount of counterfeit items.

Rep the Squad uses a Netflix-like model, charging customers $19.95 per month to receive selected jerseys in the mail, one at a time. When you’re done wearing one, you can return it and receive a different jersey as long as you maintain your subscription. It launched last year with NFL jerseys and added NBA jerseys in November. 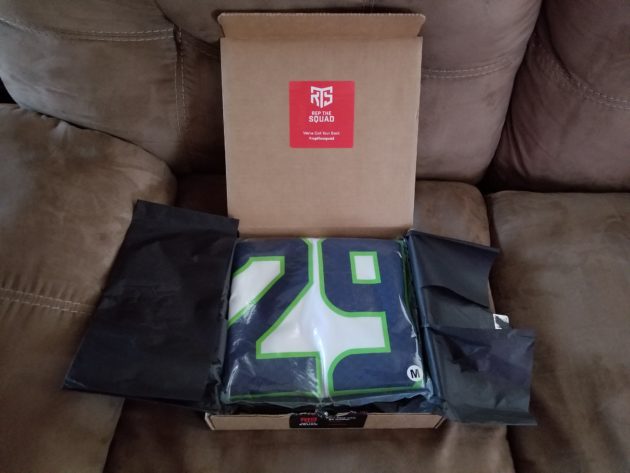 The company is now aiming to attract new customers by offering membership discounts for used jerseys fans already own, including counterfeit items. After signing up for the trade-in program, members will receive a free subscription for one month — $19.95 — after sending in their old jersey. Rep the Squad will donate any authentic trade-in jerseys to a local charitable program.

“Rep the Squad’s program addresses all issues around player movement such as when players are released, retired, or fall out of favor,” he said. “This goes back to our core belief of supporting passionate fans. Just think about how many Alex Rodriguez Mariner jerseys are sitting around. I sure don’t see them in public.”

Watkins added that in addition, “it is about getting counterfeits off the market which helps the players rightfully earn their royalties.” He said counterfeit jerseys are a “massive problem” within the sports merchandise industry. To help identify fake jerseys, the company advises customers to examine color, lettering and logos, interior, tags, and stitching.

Watkins declined to provide updates about number of users, though he said the service has “off the chart net promoter scores and a strong retention rate.”

“Once customers try our service, they seem to love the value proposition,” he said. “Diehard fans and parents love the flexibility we offer in extending one’s closet for every sports season.”

GeekWire tested the service in October — check out our full review here.

Sports apparel giant Fanatics rolled out a similar trade-in program in January, letting fans exchange jerseys if a player leaves a team within three months, or 12 months for customers with an American Express card.