Pharmaceutical companies spend a lot of money and time developing new drugs. Now a new startup created by a group of University of Washington students is using technology to bring more efficiency to that process. 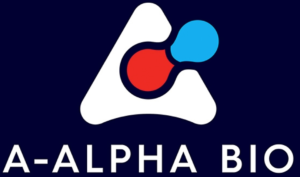 A-Alpha Bio took home the $25,000 first place prize at the 21st annual University of Washington Business Plan Competition on Thursday, beating out 36 other teams from 16 colleges and universities across the Pacific Northwest.

The company aims to enable more thorough pre-clinical drug screening and allow drug developers to test for thousands of side effects simultaneously, reducing the amount of time it takes for medicine to reach the clinic.

Younger helped start the company out of his bioengineering thesis work at the UW. The company is running pilot programs with pharmaceutical companies and is set to move into its own lab this summer. It spun out of the UW’s Institute for Protein Design and Center for Synthetic Biology.

A-Alpha Bio won a smaller award at last year’s business plan competition and spent the past year as part of the UW’s Jones+Foster Accelerator.

“It really has been CoMotion and the Buerk Center that have made this whole thing possible for us,” Younger said. “This is an awesome icing on the cake.”

Nearly 5,000 students have participated in the UW’s Business Plan Competition over the past two decades. The program has awarded more than $1.3 million in prize money. The UW held an awards dinner last night to announce the winning teams; The Riveter CEO Amy Nelson gave the keynote speech.

Here’s a rundown of the top winners from this year’s competition, with descriptions from each company:

SclObo is creating a streetwear clothing line that is catered to gamers, but is fashionable enough to appeal to the entire streetwear community.

BioPot’s mission is to build a viable and cost-competitive alternative to the agricultural plastic pots and containers used in gardening and farming, with pots made of plentiful brewer’s spent grain (BSG) and recycled wood fiber.