LAS VEGAS — The biggest automakers in the world have certainly caught on, and joined the race that traditionally has served as a showcase for everything from home electronics and appliances to toys, gadgets and robots.

Walking through and around the various sprawling convention centers and casinos during CES in Las Vegas is now almost like walking through any premiere car show in the United States or elsewhere.

It’s not wall-to-wall cars, but it’s also not just a remote corner of the exhibition. BMW took over a giant parking lot to show screeching, high-speed figure-8 maneuvers with its sedans; Toyota rolled out a concept vehicle called e-Palette that looked like a futuristic Amazon Treasure Truck; and the Treasure Truck was also there.

Ford, Daimler, Nissan, Kia and many more showed off vehicles and the tech inside them. Automakers teamed with tech companies such as Amazon and Google for announcements aimed at furthering the smart connectivity in current cars — and cars coming down the road.

And when full-on concept cars weren’t created to gawk at or sit in, virtual reality was employed everywhere at CES to allow people to experience driverless rides or race through make believe streets.

The future of mobility — or talk of it — also left the ground, as autonomous helicopters and human-shuttling drones were also on display, including an Air Taxi from Bell Helicopter which hopes to utilize a partnership with Uber to get people above traffic congestion someday.

Scroll through the images below to get a better sense of how many different vehicles were on display this week: 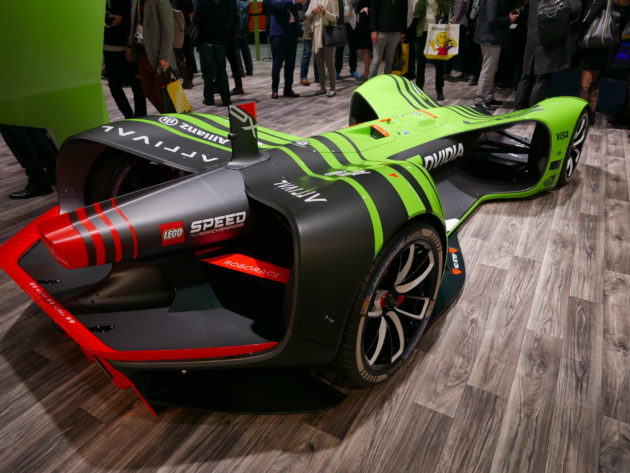