It’s pretty ambitious to launch a business that’s trying to address one of the big challenges confronting the world. A Seattle startup called Node hopes to help tackle two of them — climate change and affordable housing — through its innovative home designs.

The 2-year-old company is developing what it’s calling “slide, click and lock” technology that will allow just three or four people to assemble energy-efficient homes out of components made from planet-friendly materials.

“What drives us is hitting the scale that will change the [housing] industry for sustainability and creating access for people trying to get housing,” said Node co-founder Bec Chapin. “We started Node because buildings account for 47 percent of carbon emissions, yet all of the technology exists for buildings to be carbon negative.”

The company is currently shipping preassembled homes — technically called modular homes — as they’re fine-tuning the component designs. Once that’s figured out in the next year or two, they’ll transition to component homes whose pieces can be stacked flat and easily shipped

With the buildings’ sleek, Scandinavian aesthetic combined with the DIY installation, it’s hard not to make Ikea comparisons. But Chapin promises there will be lots of prototyping and plenty of technical support for people assembling the homes. And in lieu of Ikea’s head-scratching Swedish names — Björksnäs and Vikhammer to name two — Node is going with more accessible, botanical names for their lines, such as Trillium and Madrona.

In addition to being energy efficient, the houses can be outfitted with the ability to generate solar or micro-wind power, which should provide even more energy than the home needs. That allows homeowners to send power back to the grid for others to use, making the home “carbon negative.” While currently optional, at some point all of the homes will come standard issue with clean energy features.

The price of the Node houses are roughly on par with building costs in Seattle, with the benefit of being less likely to experience construction surprises and delays that can plague conventional projects. The goal is to offer less costly versions of the houses as the component approach gets hammered out. The housing materials are being built in Washington.

“Our vision is to service low-income and affordable home developers as well,” Chapin said. “It’s too much time and effort to only service the 1 percent.”

Our vision is to service low-income and affordable home developers as well. It’s too much time and effort to only service the 1 percent.

One possible application could be in disaster relief situations where people need to replace destroyed homes quickly and without much infrastructure.

There are other high-tech, modular home companies, including Acre Designs in San Francisco, which also highlights energy efficiency. Fellow Seattle startup Blokable creates modular homes, though they’re focused on steel-frame designs that are suitable for stacking into large, multi-family units. Node homes can also function as multi-family dwellings, but of a smaller size.

Chapin said these companies are not her greatest rivals.

“Our biggest competitor is the status quo and folks calling their friend and saying, ‘Who did you use to build your home?’” she said. “We’re trying to create a new loop, and a new way of doing things.”

The company’s other co-founder, Don Bunnell, has a background in energy, and Chapin has experience in home construction. Node has two additional employees.

Node was recently chosen as one of 10 finalists for WeWork’s San Francisco Creator Awards regional semifinal event. More than 1,300 entrepreneurs from British Columbia to California entered the contest hosted by the co-working company. On May 10, the finalists will make their pitches for the best ideas, business models or organizations. Prizes range from $18,000 to $360,000.

We caught up with Chapin for this Startup Spotlight, a regular GeekWire feature. Continue reading for the Node co-founders’ answers to our questionnaire.

Explain what you do so our parents can understand it: “Node sells homes direct to consumers. We are building a technology platform to deliver radically sustainable, turnkey homes through a scalable, patent pending, capital efficient approach. If you own land, Node will design, permit, build off-site, and deliver and install a turnkey home at a guaranteed price and schedule.” 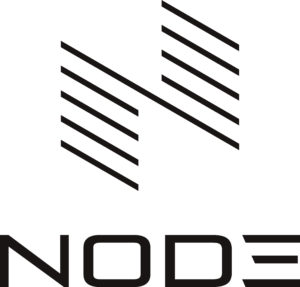 Inspiration hit us when: “When we understood how much buildings contributed to carbon emissions.”

VC, Angel or Bootstrap: “Bootstrap so far, and we’re in the due diligence phase of getting financing from angel investors.”

Our ‘secret sauce’ is: “The intellectual property around an innovative building system, and our team and culture.”

The smartest move we’ve made so far: “Our initial approach was building sustainable modular homes, but they come with so many limitations when it comes to shipping, placing them on a lot and setting them up.

We don’t want to be constrained to the scale restrictions of modular pre-fab homes. So we’re developing a component technology in which the walls, floors and ceilings are in separate pieces, as well as all of the things needed to make it a complete house: kitchens, baths, heating systems, etc. These houses can be packed more efficiently, then easily assembled on site. This is the model that has the best potential for delivering homes on a large scale — a scale big enough to eventually make a positive impact on home construction.”

The biggest mistake we’ve made so far: “Not pivoting sooner.”

Would you rather have Gates, Zuckerberg or Bezos in your corner: “Gates. He’s serious about impact and sustainability.”

Our favorite team-building activity is: “Drinking together on Friday afternoons.”

The biggest thing we look for when hiring is: “People who share our values — new hires have to buy into our 20-plus-page culture deck — but not people who necessarily think the same way that we do. We highly value diverse opinions.”

What’s the one piece of advice you’d give to other entrepreneurs just starting out: “It’s going to be a lot harder than you think.”