ESPN on Thursday debuted its new ESPN+ service, reflecting larger trends in the sports industry and marking the first big step into streaming for the Disney-owned sports media giant.

For $5 per month or $50 per year, sports fans can access thousands of live games on ESPN+, though it’s not exactly must-see content or the biggest matchups.

“Here’s the most important thing to know: ESPN+ is no replacement for ESPN the cable channel,” The Verge reported today. “It’s not supposed to be.”

ESPN+, part of ESPN’s redesigned app that also launched today, will get you one MLB and one NHL game per day, out-of-market MLS games, along with live action from various other niche sports like boxing, tennis, rugby, cricket, and others. 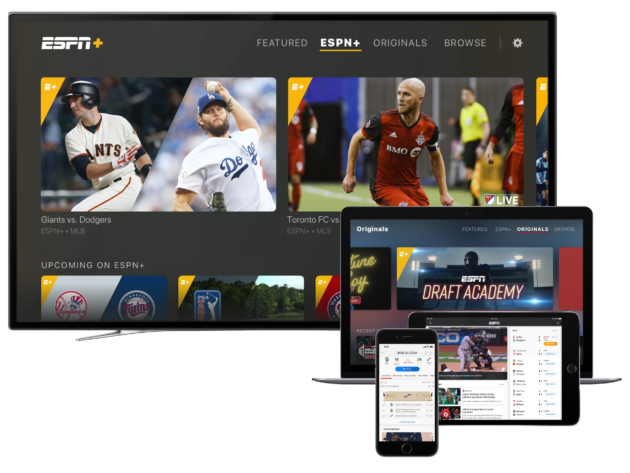 ESPN+ is available on iOS, Android, Apple TV, Chromecast, Fire TV, and online. The service offers HD streaming at 60 frames per second with DVR-like playback controls. It’s built on BAMTECH Media infrastructure; BAMTECH spun out of MLB’s digital business and Disney now controls a majority ownership stake of the company, which was valued at nearly $4 billion last year and powers other streaming services for HBO and the NHL.

It remains to be seen how many cord-cutting sports fans will pay for ESPN+. The Ringer noted that the service is “lacking the main thing sports fans want to watch: sports.”

Regardless, it’s a big deal for Disney and ESPN. James Pitaro, ESPN president and co-chair of Disney Media Networks, called it “a central piece of our next era of innovation.”

“The launch of ESPN+ marks a new era of innovation for The Walt Disney Company, defined by a direct and personal relationship with our consumers,” Kevin Mayer, chairman of direct-to-consumer and international at Disney, said in a statement. “This product reflects our new direct-to-consumer strategy focused on combining our incomparable brands and unmatched content with industry-leading technology to give users an unparalleled digital experience.”

Disney plans to launch its own branded streaming service in 2019. It announced last year that it will be ending its distribution deal with Netflix.

Recode noted that ESPN hopes to attract ESPN+ subscribers with original programming like the 30 for 30 documentary series, not just live sports.

“The company doesn’t think ESPN+ will put a real dent in ESPN’s ongoing subscriber losses,” wrote Recode reporter Peter Kafka. “But it is a way to create some additional revenue without fear of cannibalizing its existing shrinking-but-still-huge TV business.”

ESPN+ is part of a growing number of live sports streaming services as fans move away from traditional cable TV. Tech giants like Amazon and Facebook are top contenders to land major sports content packages. ESPN content is also available on platforms like DISH’s Sling and PlayStation Vue.