Microsoft announced four new acquisitions and the creation of a new studio during the company’s keynote at E3, bolstering its continued investment in gaming technology and commitment to creating first-party titles.

Microsoft has letters of intent to acquire three other studios:

At #XboxE3 @XboxP3 has just announced that the expansion of the Microsoft first party family pic.twitter.com/LRUHrOi0JI 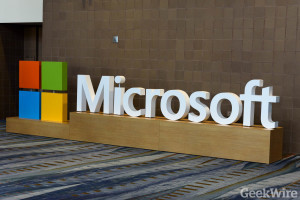 Microsoft also announced a new first party AAA studio called The Initiative that will be led by Darrell Gallagher, formerly head of Crystal Dynamics, and based in Santa Monica, Calif.

“The foundation we have in place for The Initiative is unique in many ways,” Gallagher, who was previously an executive at Activision, said in a blog post. “We’ve been given the freedom to explore, try new things and operate like an independent studio, with the backing from one of the biggest companies in the world to do something bold and different. The industry is headed in an exciting direction, and we see an opportunity to create amazing new game experiences of the future.”

Phil Spencer, Microsoft’s head of gaming who joined the company’s senior leadership team in September, said on Sunday that “we are committed to building an industry-leading first party studios organization.”

“We are making one of our greatest single-year investments in teams by adding five new creative studios,” he added.

The acquisitions follow Microsoft’s new push to develop more of its own games after facing criticism for lack of first-party titles in years past, particularly compared to rival Sony Playstation.

$MSFT is significantly expanding its lineup of videogame content this year, a strategy aimed at squeezing more revenue out of its existing user base. As of March 31, its Xbox One had a global install base of 39.1M units; Sony’s PlayStation 4 had 76.6M, according to IHS. #E32018

They also show how gaming continues to be an important pillar of Microsoft’s business. In a company-wide memo sent last year, Microsoft CEO Satya Nadella outlined five core customer solution areas that he wants employees to prioritize. They include modern workplace; business applications; applications and infrastructure; data and AI; and gaming.

“We have committed our team, our company, and our technical resources so we can declare to you today, and next year, and all of the years after that: you will always experience the best in gaming on Xbox,” Spencer said on Sunday.

Polygon noted that Microsoft has a “checkered history of acquiring developers.”

“While the 2014 acquisition of Minecraft-developer Mojang was a coup for the company, previous developer acquisitions — from FASA to Ensemble, Twisted Pixel to Lionhead — have not been as successful,” it reported.

Microsoft on Sunday also teased a new version of Halo called ‘Halo Infinite.’ You can watch the keynote here.