Seattle’s pro baseball stadium will be named T-Mobile Park for the next 25 years after a new deal between the Mariners and the Bellevue, Wash.-based wireless carrier announced Wednesday. 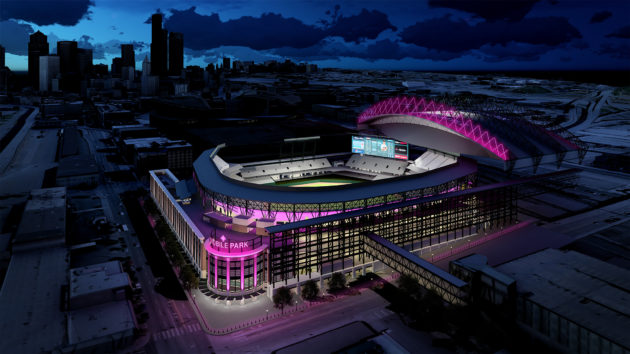 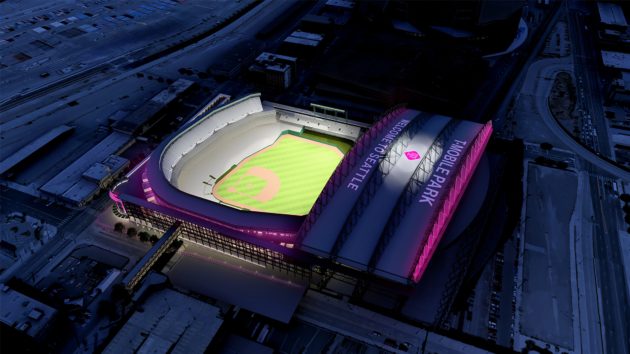 For those asking, the T-Mobile magenta coloring will be visible only at night on lighting on front rotunda entrance and roof trusts. Inside of park will remain the same other than some small signage. pic.twitter.com/QHz8iiPYac

Earlier reports indicated that T-Mobile would take the naming rights from Safeco Insurance, which announced last year that its 20-year agreement would come to an end after the 2018 season. This is the first name change since the stadium opened in 1999.

Aside from more of T-Mobile’s magenta brand color at the ballpark, the wireless carrier will also host the “T-Mobile ‘Pen,” a popular gathering place near left and center field. T-Mobile will also offer seat upgrades and give away free items at Tuesday games part of its T-Mobile Tuesdays promotion. T-Mobile customers will also get extra perks such as fast-track entry, discounted tickets, and exclusive offers on merchandise.

“John Legere presents T-Mobile Park” doesn’t have quite the same ring to it as “Ken Griffey Jr presents Major League Baseball” but I’ll take it!! ?

I remember playing this on SNES… best baseball game ever!! ?⚾ pic.twitter.com/zJaXzaeN2W

“T-Mobile has a deep commitment to this community, a passion for customer service and a well-earned reputation as a leader in innovation,” John Stanton, Seattle Mariners chairman and managing partner, said in a statement. “These are the qualities that make T-Mobile the right partner to name this iconic ballpark.”

It’s a somewhat fitting partnership for Stanton, regarded as a wireless pioneer who previously led VoiceStream Wireless, the predecessor of the modern day T-Mobile. Stanton was also a top exec at Clearwire Corp.; McCaw Cellular; and Western Wireless.

T-Mobile, which is in the midst of a pending acquisition of rival Sprint, has already shown its willingness to associate itself with Major League Baseball. The company attached charitable donations to home runs with social media hashtag campaigns during the All-Star Game and the MLB Playoffs over the past few seasons.

T-Mobile also has the naming rights at the T-Mobile Arena in Las Vegas that opened in 2016.

T-Mobile competitor AT&T has the naming rights at AT&T Park in San Francisco, home to the Giants baseball club, and AT&T Stadium, home of the Dallas Cowboys.