Seattle’s South Lake Union neighborhood — a.k.a. Amazonia — is typically sleepy on the weekends without thousands of Amazon employees buzzing around. But that wasn’t the case Saturday; hundreds of affordable housing advocates marched across Amazon’s headquarters carrying signs and bellowing chants demanding higher taxes on the tech giant.

The protesters were marching to support a so-called “head tax” on Seattle businesses that gross more than $20 million annually. The tax would raise about $75 million per year to build deeply affordable housing and fund homeless services. The controversial tax has become a lightning rod pitting the tech industry, labor groups, and affordable housing activists against one another in a fierce debate over how Seattle should deal with its swelling homelessness crisis. 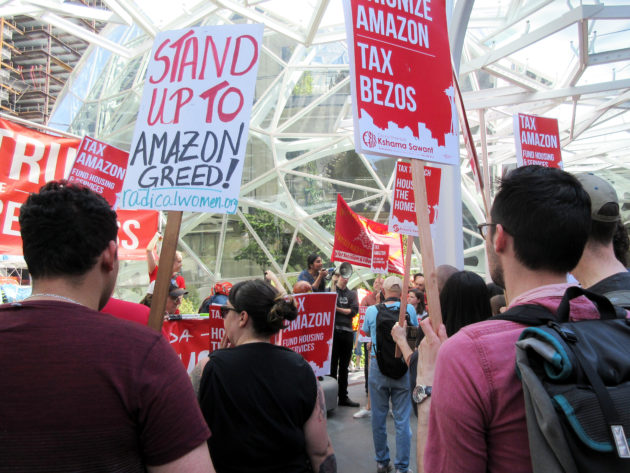 At the center of the debate is Amazon. The city’s top private employer has become emblematic of Seattle’s growing pains and the explicit target of Seattle City Councilmember Kshama Sawant and her supporters. Sawant and fellow members of the Socialist Alternative party organized and led Saturday’s march.

Amazon has paused construction on one of several office towers underway downtown and is considering sub-leasing another, pending the City Council’s vote, which is scheduled for Monday.

About 250 people marched with Sawant, chanting “we are ready to fight, housing is a human right” and “no Bezos-Durkan deal.”

The latter refers to a last-minute compromise introduced by Seattle Mayor Jenny Durkan that would have cut the annual per-employee tax from $500 to $250. That plan was narrowly voted down in a committee meeting Friday. If the original head tax passes Monday, Durkan will have to decide whether or not to veto the legislation. 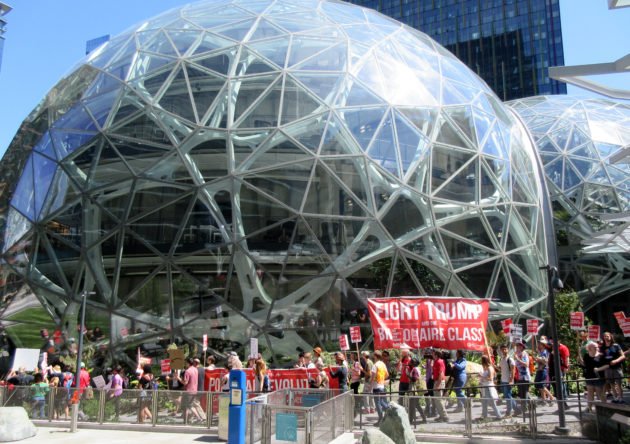 On Saturday, Sawant and her supporters marched from Capitol Hill to Amazon’s headquarters in South Lake Union to show support for the head tax. They stopped in front of Amazon’s iconic Spheres where they urged supporters to pack City Hall Monday when the Council votes on the legislation.

Scroll down for more photos from Saturday’s march. 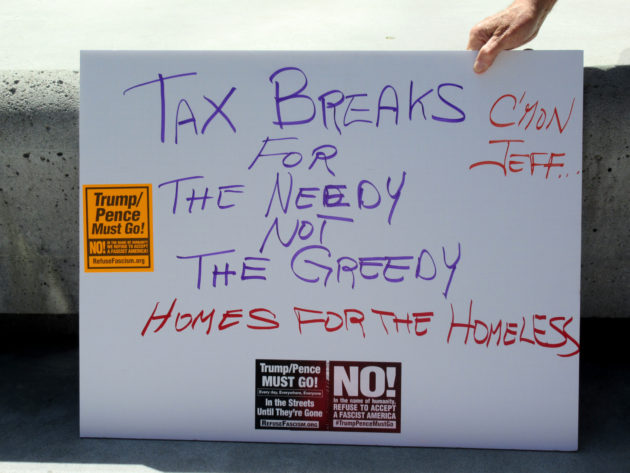 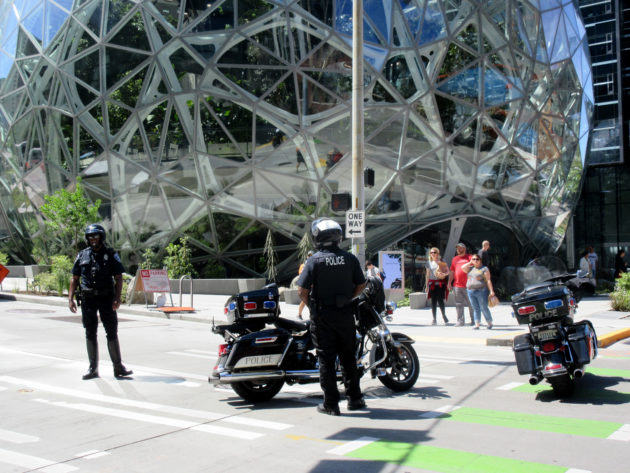 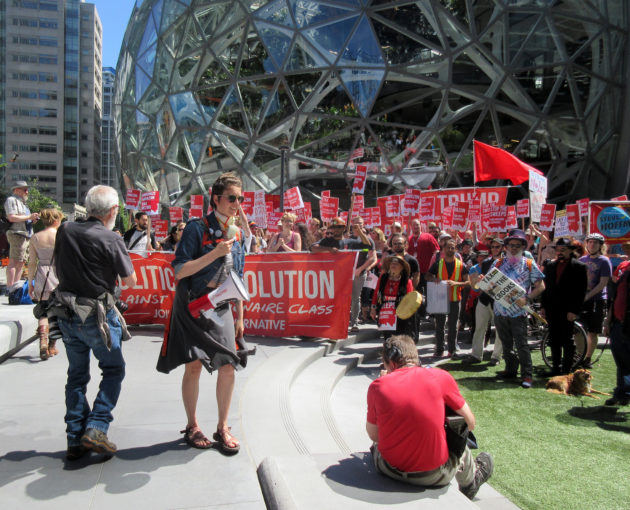 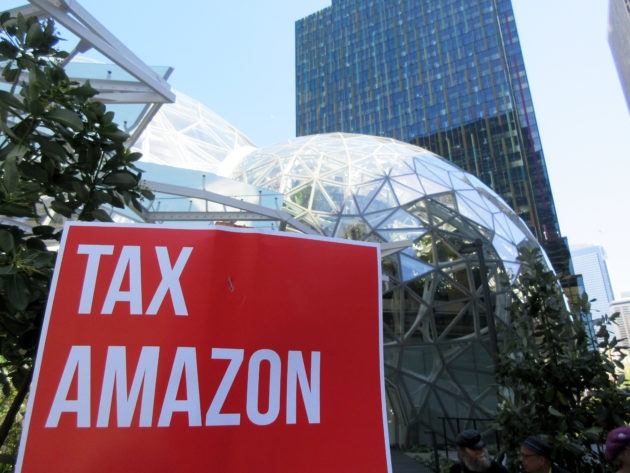