Snapchat parent company Snap may be gearing up to release a new version of its Spectacle video sunglasses.

Overnight, an application from Snap for a “wearable video camera” with the Federal Communications Commission popped up. The application, first spotted by Variety, includes an example of a shipping label for “Model 002” Spectacles and an electronic FCC ID. That is a change from the original Spectacles, which sport the ID on the frame of the glasses. 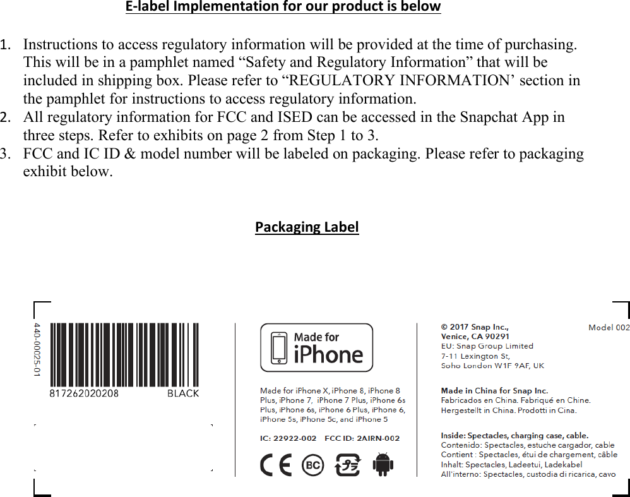 Also new in the heavily redacted filing is the possibility of faster file transfers.

The filing comes after reports last month that Snap is working on a second and third generation version of its Spectacles, possibly with a significant augmented reality component and GPS capabilities. The first new version, according to the reports, could come as soon as this fall.

The $129 Spectacles were initially a hit, with Snap teasing where they would be offered next and generating buzz by offering only a limited supply. But the fervor soon fizzled, and the company disclosed last year that it was sitting on hundreds of thousands of unsold pairs and took a $40 million loss on the glasses.