During the last stretch of a 16-year career at Microsoft, Robert Wahbe was responsible for equipping sales teams with necessary information to help craft a perfect pitch to potential customers. He quickly realized it was a difficult task and made a bet that others were experiencing the same problem.

Wahbe was right. More than six years after launching Highspot with two former Microsoft colleagues, the Seattle-based startup has attracted customers such as Amazon, Twitter, Dropbox and others.

Now the company is ready to step on the gas even more with another round of funding. 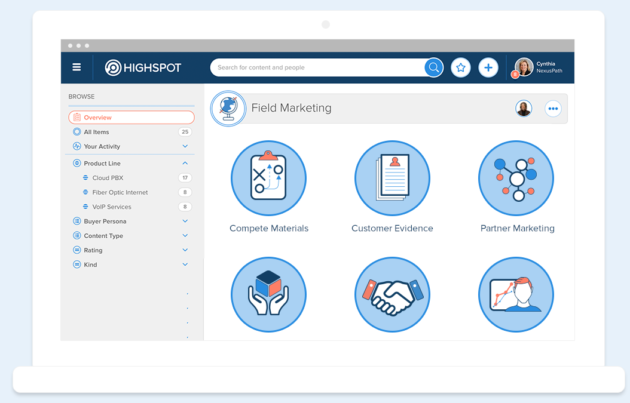 “This whole category has gone from ‘should have to ‘must have,'” Wahbe said. “It’s now a competitive necessity.”

Wahbe said advancements with mobile, cloud, and AI technology have helped Highspot grow its user base by 300 percent in the past year. Its customers range in both size and industries including software, financial services, manufacturing, and life sciences.

Wahbe, who co-founded Highspot with Oliver Sharp and David Wortendyke, added that modern buyers have more information than ever.

“They are more sophisticated and educated; more complex; and more demanding,” he said. “They are used to a great consumer experience. Sellers have to address that.” 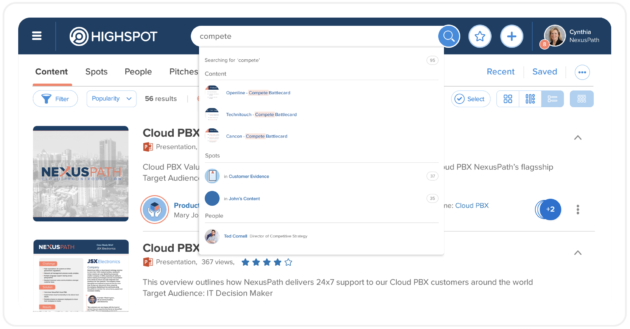 Highspot competes with companies including Guru, Seismic, and Showpad. Its differentiator is “very sophisticated AI” that helps identify what content should be surfaced at the right time, Wahbe said.

The company’s 50-plus integrations with existing sales-related tools are also part of its secret sauce.

“We grab info from wherever it is and expose it to the rep, wherever they work,” Wahbe said.

Highspot was recently named to LinkedIn’s Top Startups list for 2018, one of just two Seattle companies to earn the honor — Outreach, another fast-growing sales tech startup and a Highspot partner, was the other.

“Highspot has built a sales enablement solution that is vital to a seller’s daily workflow,” Blake Bartlett, partner at OpenView, told GeekWire. “Highspot’s product creates alignment between marketing and sales teams by surfacing the best content to sellers through powerful search technology.”

Highspot raised a $15 million Series B round in June 2017. The company is not yet profitable and is investing in growth, Wahbe said. It employs more than 100 and expects to double its headcount over the next year while expanding its footprint in Europe and Asia.